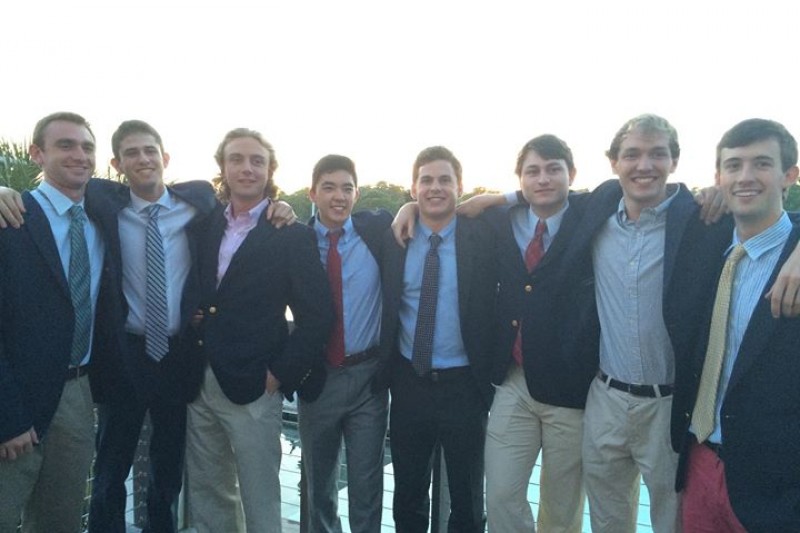 One of my sisters has a brother with cancer, and I can’t even begin to imagine what her family has gone through. But I do know that his diagnosis did not go unrecognized by his fraternity chapter. When he was in college and struggling with all the challenges cancer brings, his brothers shaved their heads to show their support. I think this is one of the most kindhearted gestures boys can make under these circumstances, and my eyes well up every time I hear about something so sweet.

The Alpha Alpha chapter of Pi Kappa Alpha at Duke University is doing something similar for their two brothers, Mark Schreiber and Bobby Menges, and all others affected by cancer. They’re not just shaving their heads, though. They’re turning it into a nationwide fundraiser for cancer. They will be hosting a “shave-or-not” event where one brother with a “great head of hair” will raise money in two buckets—one bucket to shave his head and the other bucket to keep his lovely locks. Along with this event, they’re also raising money for cancer research and to support programs at the Duke Children’s Hospital all while showing support for their two brothers who are fighting their own battles against cancer. As of this morning (Feb. 23rd), they have raised over $30k of their $50k goal. If you’re interested in donating, you can visit their Go Fund Me page, Shave for Schreiber, Buzz for Bobby.

Petros Palandjian from Duke gave us this insider information about the event.

The cause has grown really quickly—expanding from a chapter event to a Duke, Pike, and even National one. With 51 (and growing) people planning to shave their heads, including local bartenders and members of other fraternities, the cause really has united Duke’s IFC and the local community around two fantastic individuals. Sororities have donated baked goods and are volunteering to shave our heads and help fundraise. Other fraternities on campus have donated up to $500 and participated in our auction last Thursday. Even non-Greek organizations have helped out and have written articles, hosted corollary events, or reached out to help.

Needless to say, we couldn’t be more excited about the event, and it really has given us, the two individuals, and the families even more hope. But most of all, we know that our brothers are tough and will fight tooth and nail to overcome this cancer. We would like everyone affected by cancer to know that the AA chapter of Pike stands in solidarity with them.

In support of Mark Schreiber and Bobby Menges and all those affected by cancer, the Alpha Alpha chapter of Pi Kappa…

[via Shave for Schreiber, Buzz for Bobby]