Has Dating Become A Job? It May Be Time To Quit 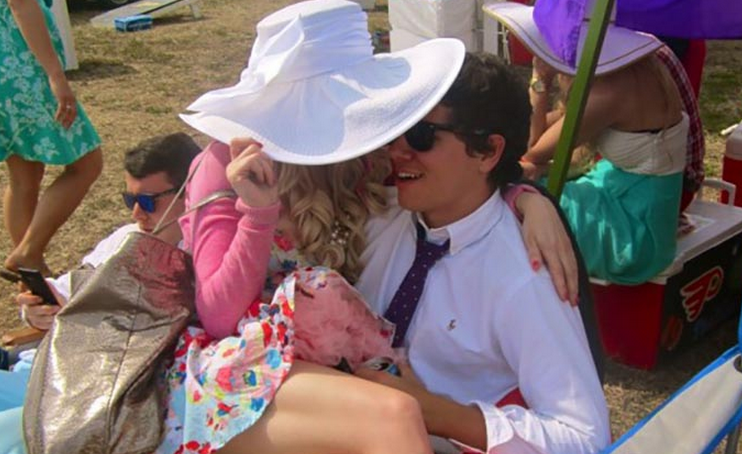 I have a good guy friend who is one of my favorite people in the world. We don’t get to see each other very often because we live in different states, so we check in via text every other week or so, just to keep in touch. We catch up on each other’s lives, talking about his career and my grad school work. The conversation inevitably always turns to dating, which I’m pretty sure is a thinly veiled attempt on both of our parts to make sure it’s still okay for us to hook up the next time we see each other. When we were chatting last week and that topic of dating came up, I revealed to him that I’m currently on a self-imposed dating moratorium. He asked why, and while I could have given some kind of bullshit excuse, like I’ve been too busy or traveling too much, I went with honesty. I said I was simply exhausted – all the swiping right and left, the texting, the first dates, it had begun to feel more like a job than dating. His response? “People who make dating their job usually end up with prospects instead of romance.”

As Bruno would say, “Stop. Wait a minute.” (Fill my cup, put some liquor in it, if you’d like.) Truer words have never been spoken. Many of us approach dating exactly the same way we would approach a job search. We look online for something we may be interested in, downloading and deleting Tinder and Hinge over and over. We send in our “application,” that witty opening line that we’ve written and rewritten time and time again. If we’re “lucky,” we get an interview – that first date where we sit and ask questions of each other, trying to figure out if it’s a good fit. We evaluate the prospects and if we decide that it went well, there may be a second or third round of interviews, and then we’ll get an offer letter – a relationship.

This was totally my approach to the whole thing until my recent dating hiatus. I think what I had forgotten somewhere along the way is that I don’t need a relationship the same way I need a job. I won’t be homeless or hungry if I don’t have someone to couple up with. I won’t have to move in with my parents if my relationship status stays single. Yet dating somehow became this process that I approached as something that I absolutely had to have, something I wouldn’t be able to survive without. I wound up with prospects instead of romances because I was treating it as more of a job search than an enjoyable activity, and I certainly wasn’t having any fun with it. So, I quit.

And by quit, I do not mean that I’m sitting in my house, becoming a cat lady, whose only meaningful relationships are with Netflix and battery-operated devices. Instead, for me, quitting the active dating search means that I now use the time that I would have spent staring at dating apps to hang out with my friends, actually put some effort into that grad school program, and do some volunteer work in an effort to make myself a better person or something. My only dates lately are with my new personal trainer, who is kind of cute but who I’m also pretty sure is determined to try and kill me. And I’m remarkably okay with that, because it’s better than doing something that I wasn’t enjoying. And while we all know that the most attractive girls are the ones who are having fun, it’s not about that. It’s about spending my time doing things I take pleasure in as opposed to something I dreaded but did anyway.

So when Tinder becomes one more thing on your to-do list and first dates become more like interviews, it’s time to quit the boyfriend search. Instead, start doing things you actually like to do – and the dating stuff will figure itself out. I hope..