10 Mistakes You’re Making That Are Driving Him Away 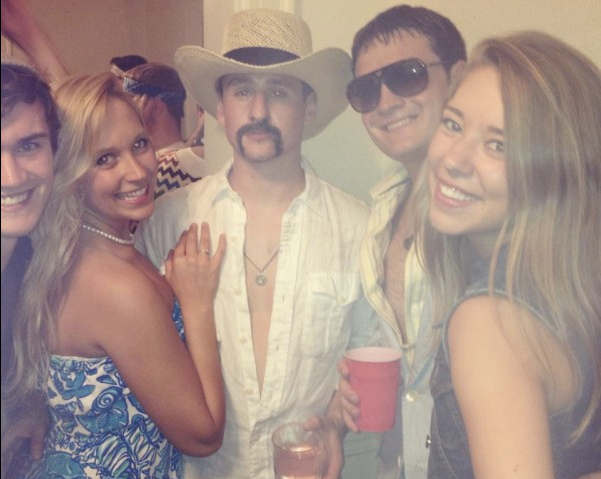 Ladies, it’s that time of the year again. V-Day is coming, love is in the air, and we are more desperate than ever to find that ONE guy to watch Netflix and have lazy, “It’s been a week since I shaved but whatever” sex with. Nowadays, it’s not that hard to find a guy. With push-up bras, vodka cranberries and the whole Facebook/Instagram/Twitter world, it’s pretty damn easy to land a guy. BUT this is where we, for lack of a better expression, pee the bed. A guy starts talking to us, we have drunken hookups and then he just stops. Stops talking to us. Stops calling us. Stops texting us.

So, I’m going to give you some easy steps to (pretend to) be as cool as you’d like to seem.

1. Stop texting him.
Is there anything worse than a “what’s up” text? Like, I don’t know, I’m looking at the wall and considering scraping the dead skin off my feet? Don’t ask it! What you’re really saying is “I’m needy, are you with some ho?” And guess what, even if he is, he’s not going to tell you, girlfriend. Instead, how about you text him a fun video (by fun, I mean something from “South Park” or “It’s Always Sunny in Philadelphia,” not a cat wearing a hat). Actually, just don’t text him. Let him contact you and go get a hobby.

2. Leave him alone.
If he doesn’t text you back, do not text him 45 times asking where he is, what he is doing, and why he hates you now. It’s creepy. You seem like a stalker. You’re not his mom. He doesn’t have to check in with you. Go check yourself into a mental hospital, because you seem crazy.

3. Don’t smother him.
You have friends. You have Netflix. You can do your own thing, too. And please, going along with the first two tips, DO NOT text him constantly while he’s out. His friends will make fun of him, he hates it, and if you’re not texting him he’ll wonder what YOU’RE doing, which isn’t a bad thing.

4. Stop being so accessible.
Don’t tell him where you’re going all the time. If he asks what you’re doing, don’t tell him EVERY. LITTLE. THING. How about something interesting like, “Oh, I just solved the world hunger crisis, hbu?” Men want interesting. Men want mystery. Men want to not listen to you blab 24/7 about everything in your life. Sorry, the truth hurts, but so does getting dumped because you’re needy.

5. Stop being jealous.
He has a past. You have a past. If you decide to tell each other your pasts (which like, let’s be real. Does he need to know every little detail?) then you have to accept what he shares with you and not harass him about it. If he talks to a girl, DO NOT FREAK OUT AND BE PSYCHO. Drink your drink and walk away. The only way you’ll get him to come to you is if you’re not right next to him breathing down his neck asking why he talked to the girl with the slutty shoulder tattoo.

6. Put down his phone.
NEVER look though his phone or Facebook messages. You think, “I want to know if he is cheating on me with that dumb girl with the big boobs.” I get it. I used to be you. I was the queen of the whole, “shower water off, I have 15 seconds to return his phone to exactly how he left it and act cool.” What do you gain from this? If you’re digging, you will find dirt. No one is perfect. Do you want to act like you never text that back-up guy when you’re feeling down? Do you tell him every time an ex messages you? Put down his phone. Trust him (well, at least sort of). If he’s being a dog, eventually you’ll sniff him out. You’ll also still be a trustworthy person.

7. No nagging, ever.
Silence speaks so much louder than nagging. Saying to him, “You never…” is basically like telling him “I’m going to talk about how you fail as a person. Feel free to daydream about playing COD and nodding occasionally.” If you’re mad at him, you don’t need to yell and cry and tell him. He messed up so he already knows you’re mad. Go hang out with your friends. Do you, boo boo. He’ll get the picture way more than when he’s listening to your rants.

8. Think before you speak.
He doesn’t care what Jenny said to Stacy after chapter that pissed you off, even though, like, Stacy is SUCH a bitch.

9. Stop being needy.
The cute little notes? The “baby snookums sugar plum have a great day miss you so much” wall posts? Any questions involving if he thinks you’re fat, pretty, or loves you? Those all need to get thrown out faster than your ex’s frat tanks, because nothing is less sexy than a lack of confidence. Nothing. Not even cargo pants.

10. You don’t need him.
I don’t care if he is your soul mate, best friend, husband, minister, baby daddy, sugar daddy, boyfriend, friend with benefits, dentist, or just a back-up guy. YOU. DO. NOT. NEED. HIM. If he doesn’t make you feel awesome and you’re more sad than glad, kick him to the curb and go about your life without another thought. All you need isn’t love. It’s cat videos and wine.