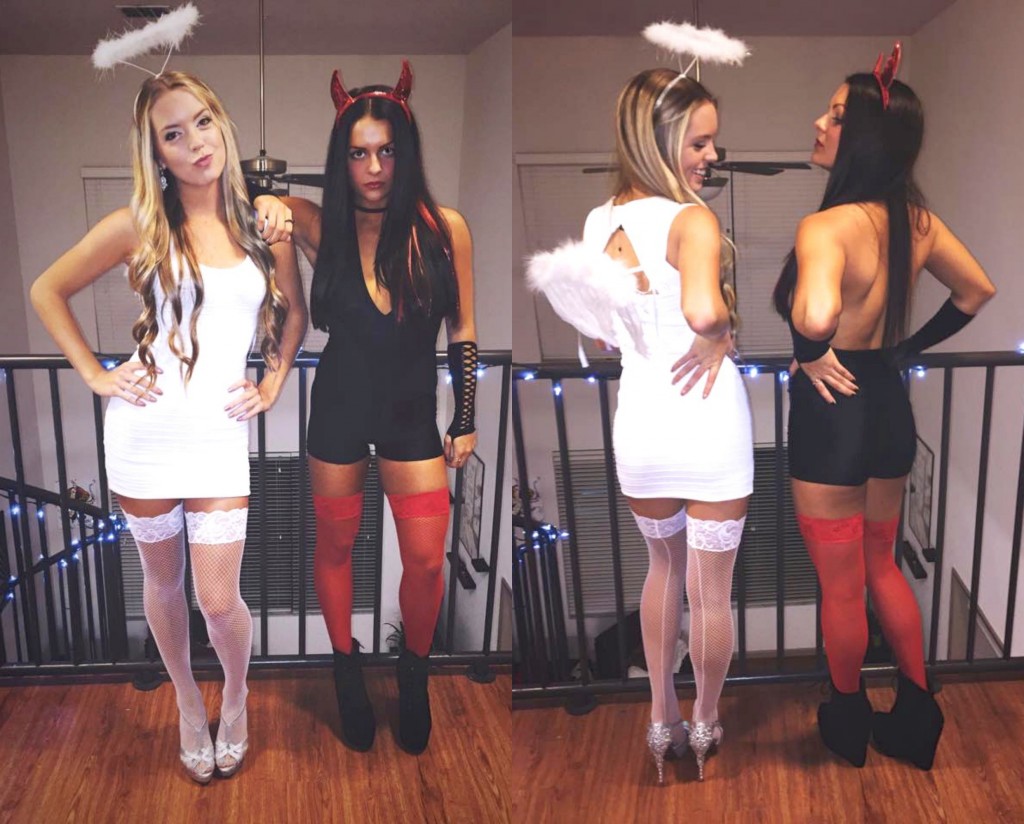 Who it offends: Angels and demons.

Why it’s offensive: Angels and demons come in all forms and it’s ignorant to appropriate their cultures with the assumption that all angels have wings, and all devils have horns. For instance, a girl in my rival sorority might be Lucifer, herself, and she actually has a beautiful complexion and blonde hair.

2. Anything But Clothes (ABC) 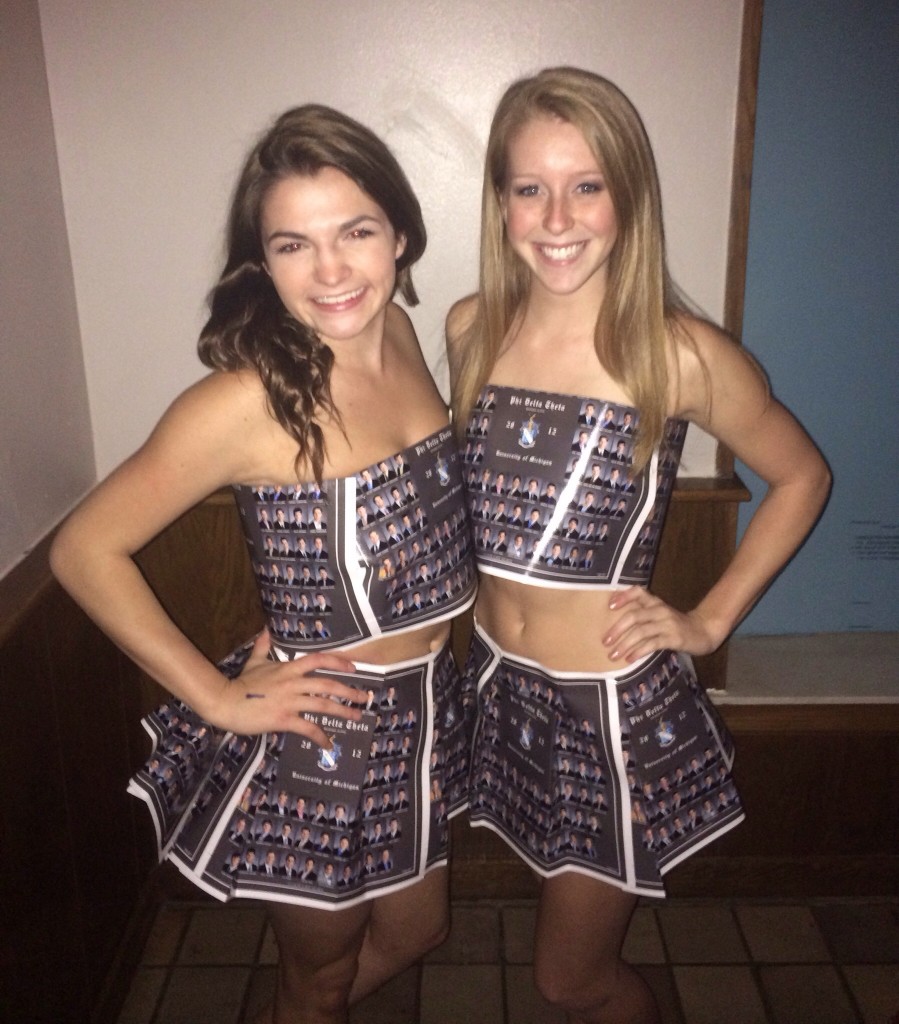 What it is: Partygoers can use anything they can come up with to cover themselves as long as their outfits don’t consist of real clothing. Dresses are often fashioned out of tulle, caution tape, and gift wrap.

Who it offends: Nudists.

Why it’s offensive: Nudists believe in humanity returning to nature as a means to foster equality. The implication of anything but clothes implies that clothing is negative, which aligns with nudist beliefs. To then cover your body with other materials and objects makes a mockery of the nudist philosophy.

3. Sponsored By The Letter… 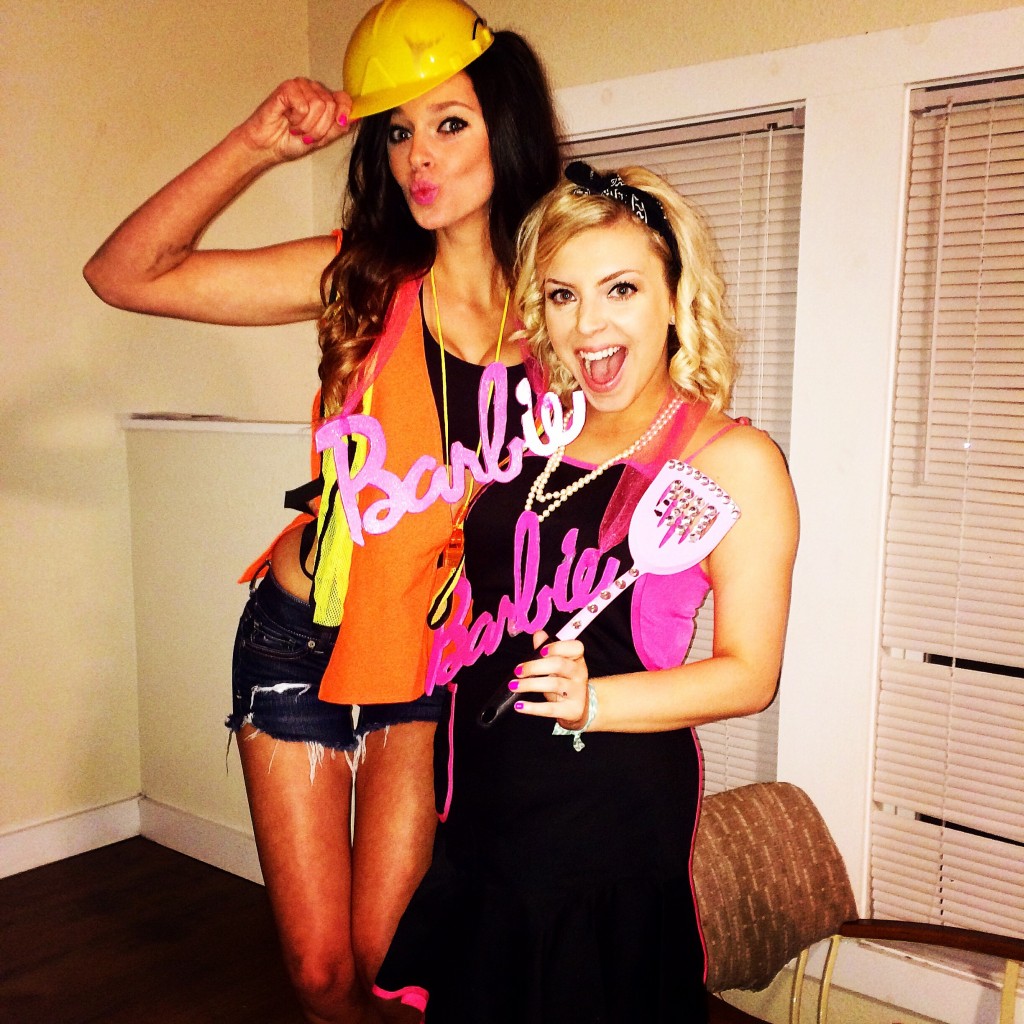 What it is: The event coordinator picks a letter from the alphabet and partygoers are to dress as something that begins with that letter. (For example: for a party sponsored by the letter B, guests might dress as Barbie, Bob the Builder, or Beetlejuice.)

Who it offends: The illiterate.

Why it’s offensive: 785 million adults struggle with literacy worldwide. Incorporating a theme that requires guests to use phonetics in order to costume themselves is a cruel and blatant stab at those who are unable to do so. 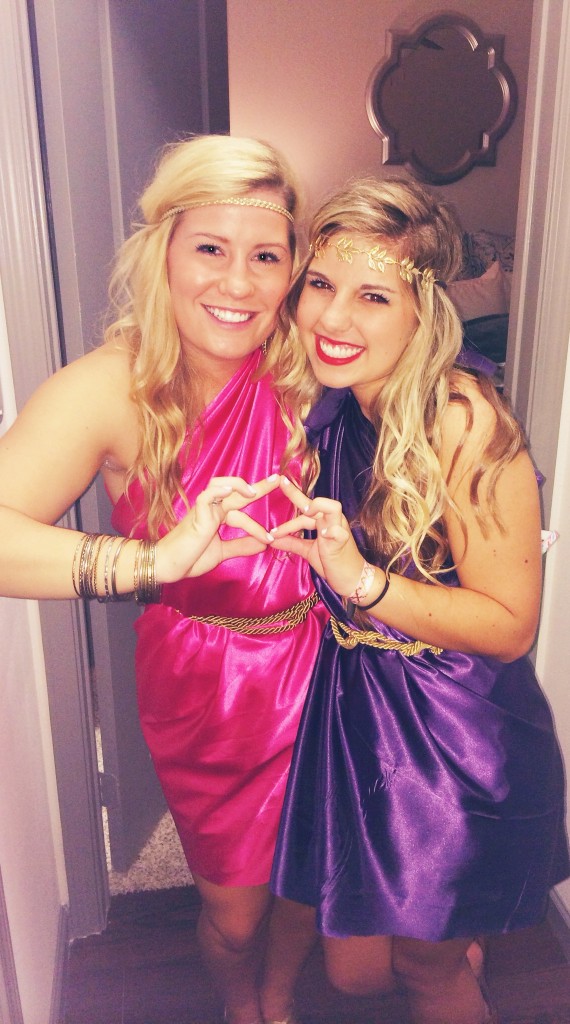 What it is: Perhaps the most classic of frat parties, the toga party requires its guests to take a bedsheet or a large piece of fabric and fashion it into a toga which they will wear with sandals on their feet and possibly a wreath on their head.

Who it offends: Ancient Greeks and Romans

Why it’s offensive: How many times can I say “cultural appropriation” before we realize it’s an issue? The ancient Greeks and Romans wore togas, yes, but they weren’t just for everyone. Different togas represent different types of power. Not all togas are created equally (which is also true for the girl at your party who sewed hers together versus the guy whose boxers are hanging out) and to craft them from bedsheets is offensive to the entire Roman empire. 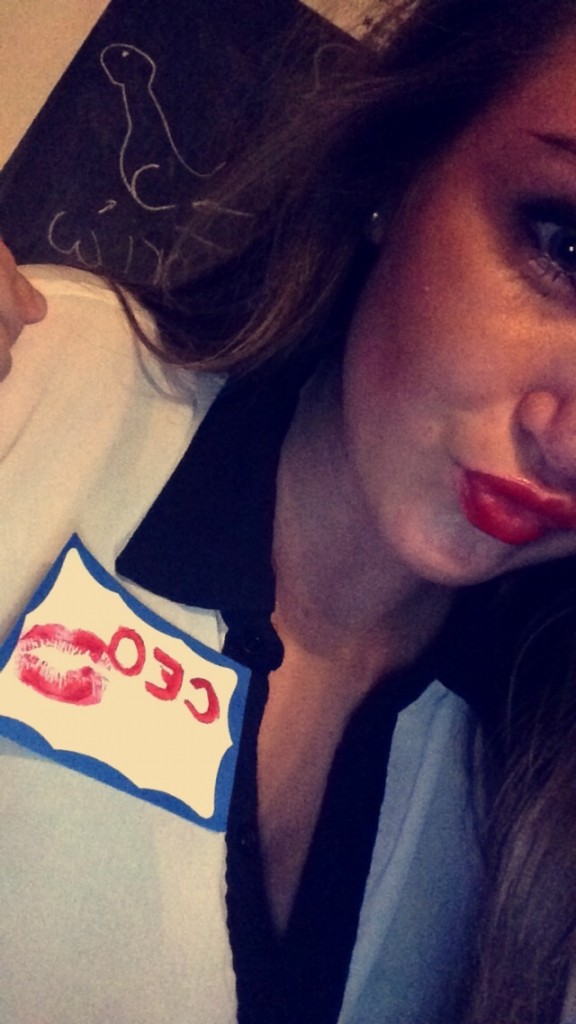 What it is: Obviously, we are beyond a point where we say the word “ho,” because that’s clearly offensive, so the theme party has shifted thanks to the rise in feminism. Men and women alike are able to dress up in business wear at these events.

Who it offends: Drug dealers and the unemployed.

Why it’s offensive: Not everyone who earns a living does so in an office setting. And to that point, not everyone earns a living. Implying that a suit and tie is the only way to be a respectable member of society is exclusive of the millions of people who don’t work at a place with a receptionist and interns. 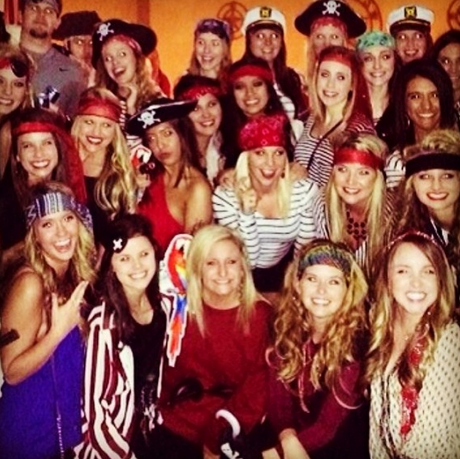 What it is: Partygoers dress as pirates and mermaids. Decorations may include sand, buried treasure, and if it’s pledge season, maybe even a ship.

Who it offends: Pirates and women with short hair.

Why it’s offensive: Modern day pirates exist, and believe it or not, not all of them have eye patches and peg legs. They’re regular people, just like you and me. They just happen to be criminals. Incorporating mermaid into this theme is a way of objectifying women — not really because they’re naked, but because every girl secretly wants to be a mermaid, and you simply can’t do so if you have short hair. 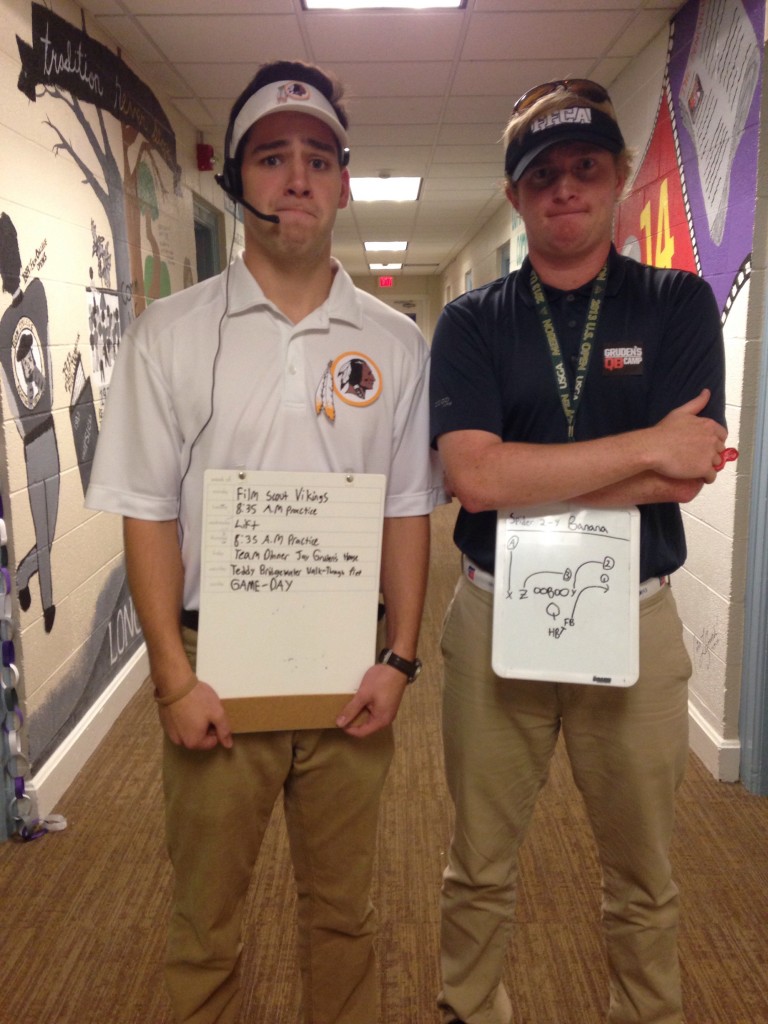 What it is: Partygoers dress up in a costume that depicts their future career aspirations.

Who it offends: The man child.

Why it’s offensive: Known for his ability to resist real life responsibility at all costs, the “When I Grow Up” party is offensive for the definitive word “when.” With his refusal to enter adulthood well into his twenties, thirties, and sometimes forties, the man child has made a choice about the lifestyle that works for him. Implying that growing up is anything but optional does a grave disservice to every man child everywhere. 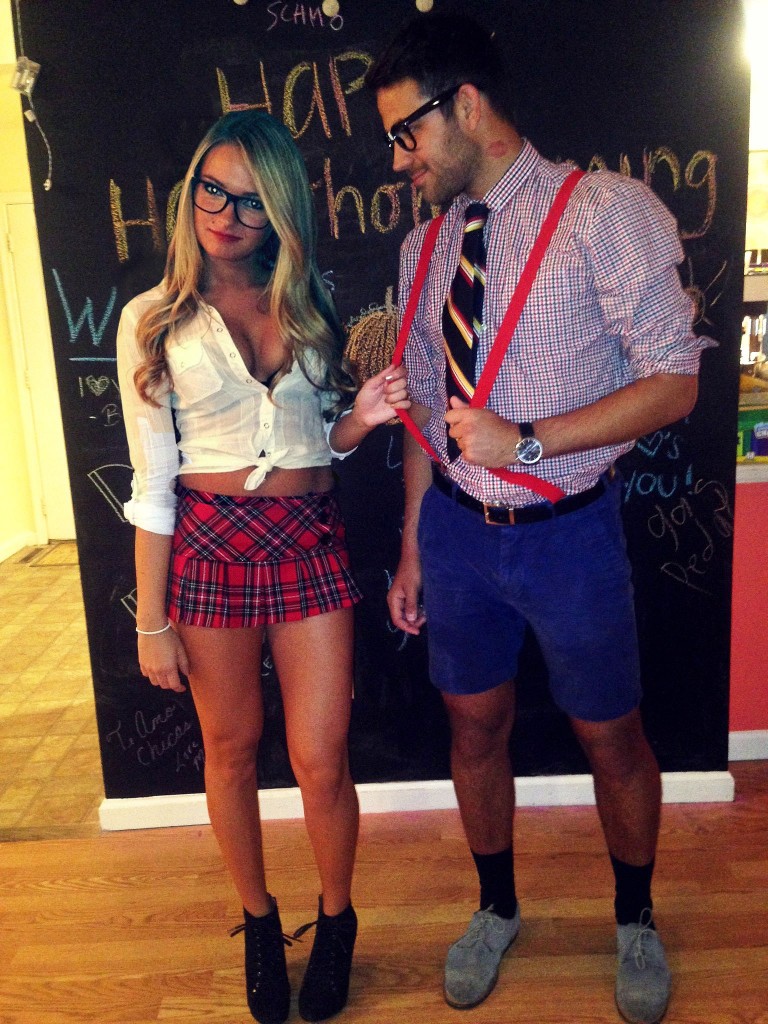 What it is: Partygoers dress up as two opposite ends of the high school stereotype spectrum. They can dress as “nerds,” donning pocket protectors, glasses, umbrella hats, and the like should they choose to be a mathlete, or they may jock it up in some football pants and a letterman jacket should they choose the athlete route.

Who it offends: People who are homeschooled.

Why it’s offensive: When you get your education from your mother within the confines of your home, you aren’t privy to high school stereotypes. This is a direct mockery of the students who receive an education in a way that doesn’t give them social access to other people, and who therefore don’t understand the theme party. 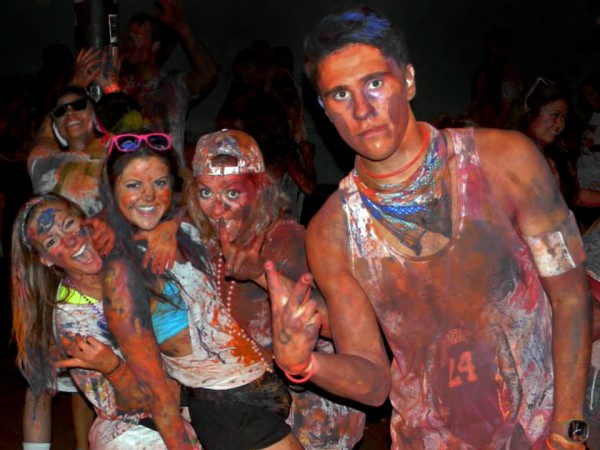 What it is: Partygoers wear plain white tees and shitty white shorts. Often, they throw on some kind of headgear, like a plain white hat and in some cases, sweatbands for unknown reasons. Upon their arrival to the party, they just haphazardly throw paint at each other. Ends up for a messy night, and a t-shirt as a memory, obtained shack free.

Who it offends: People with OCD.

Why it’s offensive: This party is messy, which is a surefire way to grind an obsessive compulsive’s gears to begin with, but what’s worse is the clothing that comes out of it. People are careless when throwing paint around and pouring it on other partygoers. It is extremely unlikely that the resulting pattern on your clothing will end up in any sort of comprehensive design. 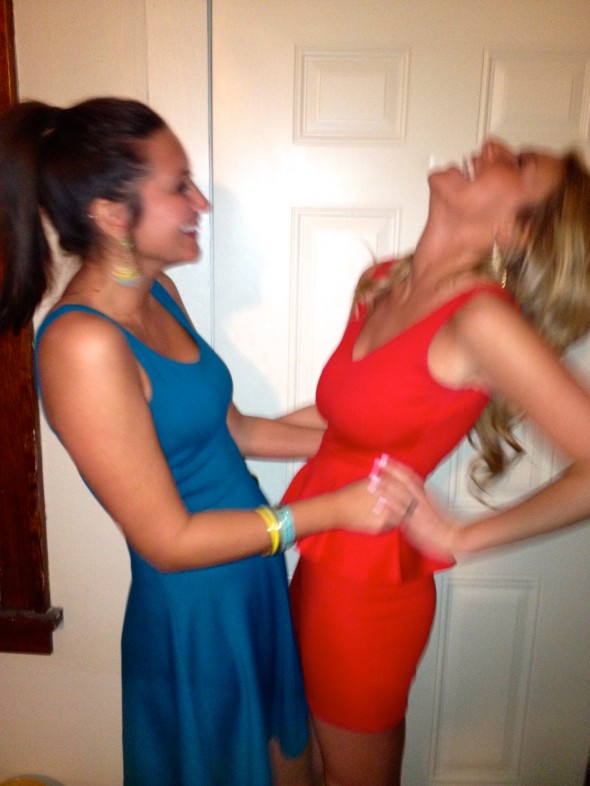 What it is: Partygoers put on a monochromatic outfit in either red, yellow, or green as a means to indicate their relationship status. People in relationships wear red. If your relationship is “complicated,” you wear yellow (or you probably just wear green, because art mirrors life, and no one honors a yellow light), and singles wear green.

Who it offends: The color blind.

Why it’s offensive: Any theme that relies solely on your ability to see color is offensive to those who can not do so. Real stoplights are always in the same order to avoid confusion, but with people moving about, this puts color blind guests at an unfair disadvantage. A color blind man may wrongly start making out with a girl in a red dress, because he doesn’t realize she’s otherwise betrothed, while a color blind woman may look a fool when her boyfriend shows up to the party in a green t-shirt and she’s none the wiser. 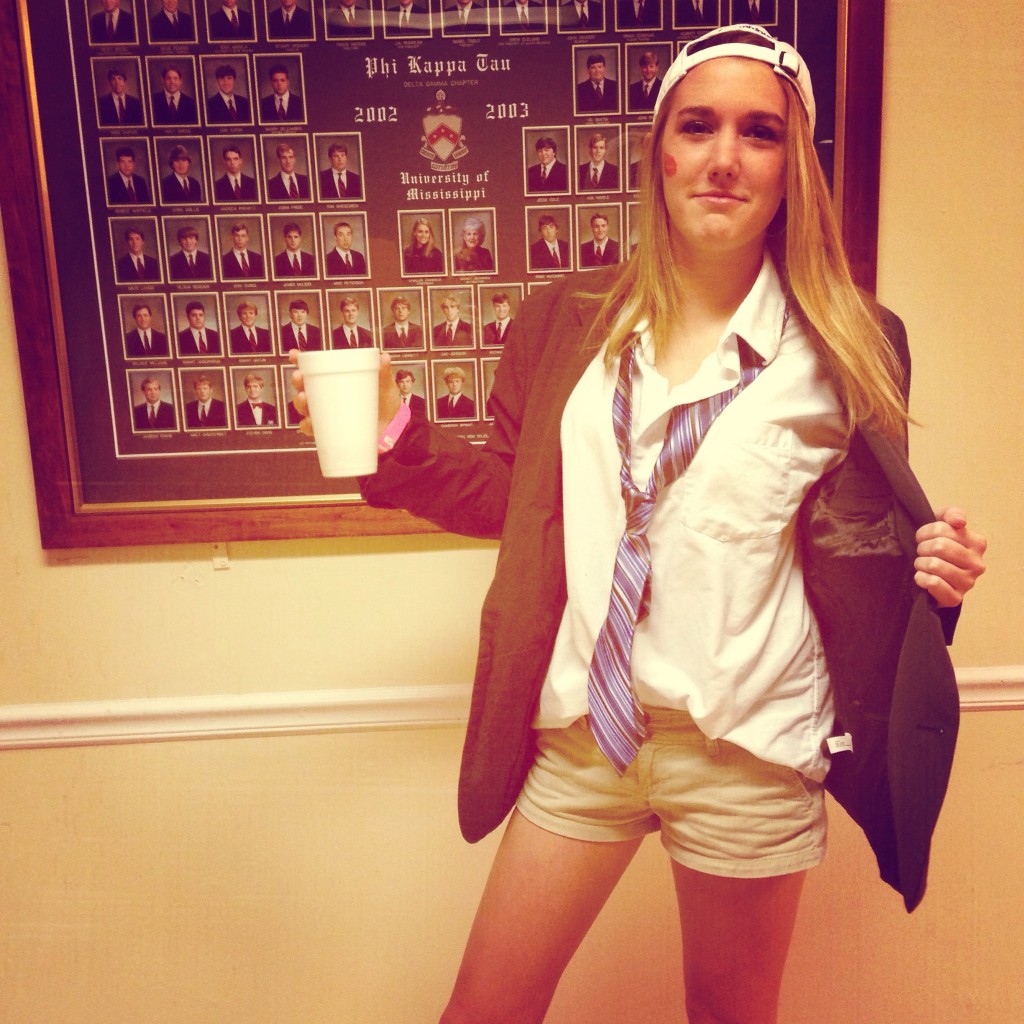 What it is: Partygoers dress up as fratty as possible with backwards hats, short shorts, and boat shoes. Women wear pearls and sundresses.

Who it offends: Grandex, parent company of TFM and TSM.

Why it’s offensive: Grandex employees come from all over the country, and from all different backgrounds. Like, I, myself, am not even blonde anymore. Sometimes, for lunch, we don’t eat salad. “I’m tired of these ugly mother fuckers pretending to be me.” That’s a direct quote from Roger Dorn. We are more than a wall post or a funny photo. Most of us don’t even like Lilly Pulitzer, and some of the guys even call the girls they sleep with the next day. We’re more than the stereotypes you think we are..