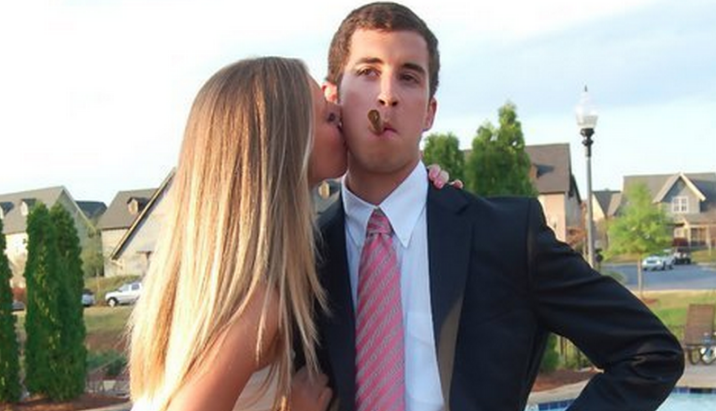 1. Surprise! He dated other women before you.

This may come as a shock to you, but you’re probably not the first girl he’s slept with. And even if you are, there’s no way in hell he hasn’t at least dated or crushed on other girls. You’re not going to want to see him posing with other chicks, even if it was during the era before you came along. It’s just going to upset you, and you’re probably going to get irritated with him over something that’s not his fault. You already hate his ex, why are you going out of your way to see him with his hand on her ass?

2. He probably had an ugly phase that you cannot unsee.

We all experienced an awkward phase, and it’s definitely something to be ashamed about. I wish I could go back and stop myself from wearing pretty much everything I wore between the ages of 13-17, but time travel doesn’t exist yet, so it’s all out there for everyone to see, if they have the time to look. Same goes for your boyfriend. All I’m saying is, seeing your boo wearing braces and American Eagle polo with the collar popped is going to seriously damage your libido. You don’t want to be picturing him in a puka shell necklace next time you’re tying to get it on, do you?

3. Unlike you, he hasn’t untagged or deleted anything.

I spend a decent amount of time making sure I’m not tagged in anything atrocious. Your boyfriend, and almost every other male in existence, does not. Even if you’re banging a Chase Crawford lookalike, there’s bound to be some fugly shots of him. This also pertains to the two prior listed reasons; he’s not going to have deleted anything from past girlfriends, or past fashion mistakes. Save yourself the emotionally scarring experience and refrain from scrolling past 2015 if you don’t want to see what you know you don’t want to see.

4. You wouldn’t want him doing the same to you.

We’ve all made mistakes, and the beauty that is social media allows these mistakes to be plastered on the screens of all our friends and enemies alike. If you wouldn’t want him stalking you back to your freshman year when you were dating that buffoon who you thought had a ~great personality,~ you probably shouldn’t do the same to him. I’m pretty sure this is how Karma works. .