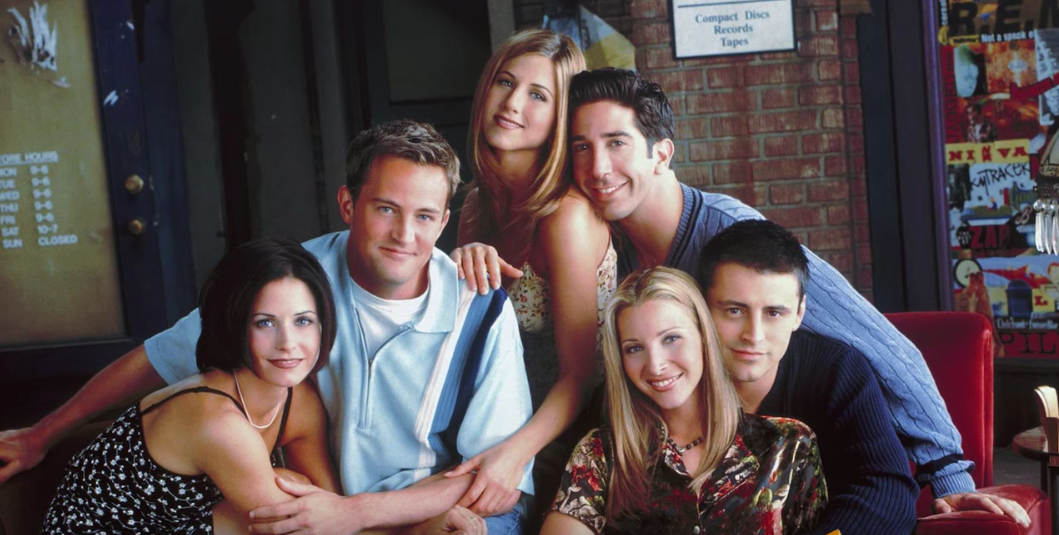 I’ve heard every argument out there:

“You have to watch it all the way through.”
“It’s an American classic.”
“You have no sense of humor if you don’t like it.”

No matter what you say or how many clips you show me, I will never like the show Friends. Ross being a whiney bitch, Joey being infuriatingly stupid, Rachel being obliviously self-centered, Phoebe being an alien in disguise, the rest of them also existing. I just can’t get behind it. Every episode I have seen has been draining to watch. Even the theme song makes me want to slam my head in a car door to the rhythm of those dumb claps. As soon as I tell people this, their eyes bulge out of their heads. It’s almost as bad as when I tell them I hate dogs. Even my mom gets personally offended when I tell her that the show is overrated. I am looked at differently because of my simple opinion. My credibility for being a professional funny lady is compromised. But trust me, there is worse stuff about me than the fact that I don’t like Friends.

1. I Have An Irrational Fear Of Gum
I can’t hear it, see it, smell it, touch it, or even think about it. My face goes white, I get light-headed, and I start to gag. It’s called chiclephobia and Oprah has it too (Oprah and I are also both ENFJs, but that’s besides the point). That means if you hang out with me, you can’t chew gum around me. Sounds like no big deal, but some people need to chew gum to live for some reason I will never comprehend. You don’t need to watch Friends before you mack on some dude. Also, if you run out of gum and you desperately need it and I’m the only person you are with, you better hope you are near a gum store, because I sure as hell don’t have any. It’s quite the inconvenience.

2. I Repeat Funny Lines In Movies
If I’m not already quoting along with the movie, which is annoying in and of itself, when I hear something that’s especially funny, I will laugh and repeat the line just to make sure you heard it, even though we are both watching the same movie. You’d never have to worry about that if we were watching Friends because I don’t know any of the lines, nor do I think any of them are funny.

3. I’m A Secret Vegetarian
Good luck trying to go out to eat with me. I won’t tell you until we get there, as I am embarrassed, which will make you feel guilty for picking somewhere that I can’t eat anything. Then we will spend the length of a Friends episode talking about it and I will settle and get fish, which will make you feel even more guilty that you forced me to break my code. I like fish and I don’t mind, and as much as I tell you that, you’ll still feel kind of bad about it. Sorry!

4. I Can’t Send A Single Text Without Reading It Out Loud First
It’s not that I’m not confident in my conversation abilities, I just want to make sure I get a second opinion. Could you imagine Ross having a cell phone trying to text Rachel to get off the plane? He would completely miss her because it would take him so long to sit with Chandler to type, erase, and retype a message that the plane would have already landed wherever she was going (I can’t remember I just saw the part where she came back). Well, that’s akin to the process it takes for me to send a mildly funny tweet. It takes more effort when Ross and Chandler had to get that couch up the stairs and it wouldn’t fit (for not liking the show, I am straight up murdering these references).

So the next time someone tells you they don’t like Friends, be relieved. It could be much, much, much worse..