45 Thoughts Going Through Your Head While Giving A Blow Job 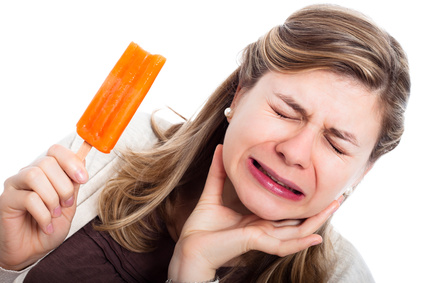 1. You want a blow job. Message received. No need to push me. Now you get two more minutes of TORTURE via makeout. Okay, jay-kay, I’m going…reluctantly.

3. No, it’s cool. I didn’t really want to have an orgasm tonight anyway.

4. Focus. You’re a champion. You can do this. Breathe through your nose.

5. How does one look sexy while putting a weird foreign object into one’s mouth?

6. I don’t know why I have selective amnesia, but I literally ALWAYS expect penis to taste funny. Just tastes like skin.

8. I wonder if I’d eat a human to survive though. Maybe just like…a human I wasn’t friends with. Or. No. I don’t know. That’s weird. This is why I don’t hike.

9. Okay, so that’s not really why I don’t hike. I just don’t prefer fresh air to air that’s been conditioned, surrounded by four walls, and filled with merchandise.

10. Seriously FOCUS. There is a task at hand, here…at mouth. I’m too funny for blow jobs. Got better things to be doing with my mouth.

11. Who invented the blow job anyway? What a weird thing to do. Here’s this external organ that releases urine and potential future children. Put it in your mouth.

12. He’s got really nice “V” muscles though. I wonder what those are called. It’s actually amazing that the literal most enticing muscle on a man’s body points directly to his penis as if to say “Like what you see? Prove it, here.” I mean, if that’s not evidence for intelligent design, I don’t know what is.

13. How long have I been doing this? It’s like time moves more slowly down here.

14. HAND OFF MY HEAD! You really don’t want to piss off the person whose teeth are in a close proximity to your penis, asshole.

16. This is the only time I’ve ever wished his penis was smaller.

18. Tying my hair back. We’re about to get serious.

20. Balls are so gross. I genuinely don’t mind how penises look, but balls…ick. They can make the hottest guy look like he’s 500 years old. They’re just hairy, and wrinkly, and somehow cold. I suppose I should give them a little love.

21. A trim would have been nice. I’m not dealing with a pube stuck in my throat for 36 hours….again. Worse than popcorn kernels.

23. If you don’t remove your hand from my head, I will bite your dick clean off.

25. Is that an indication that I’m bad at this? Shit. He doesn’t like it. I give the worst head in the world. If you don’t like it, I PROMISE it would have been fine to just have sex with me.

26. Is he looking at me? Should I wave? No, don’t wave. Stop looking at me. I don’t work well under pressure.

27. Can I get a sympathy moan?! Why do guys think we don’t need moans of encouragement?

29. You know what’s fun, and not at all unnecessary and disgusting? Pre-cum.

30. HOW COME YOU NEVER LAST THIS LONG WHEN WE HAVE SEX?!

31. Is he watching TV?!?!? To be honest, I’d kind of like to be watching TV. I’m so bored. I’ve been at this for like ten years, and there’s not much to look at besides a pelvis being thrusted toward my face. #TheViewFromHere

32. No, I think his eyes are closed. I wonder what he’s thinking about.

33. I wonder who he’s thinking about.

34. I totally shouldn’t have eaten today. Love me.

37. I wonder what this feels like. I just wish I could have a penis for one day, so I could get a blow job. Would that make me a lesbian?