5 Simple Ways To Keep Your Boyfriend Happy, From A Guy’s Perspective 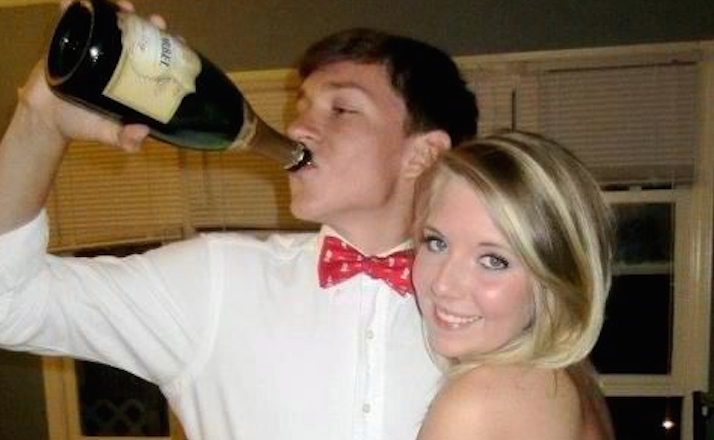 Every hack comedian has his or her own regurgitated version of a “how to keep men happy” joke, usually consisting of the same clichéd answers: make a good sandwich, slob on his knob, let him watch the game in peace. I’m not saying having the kitchen competence of Rachael Ray isn’t a great asset, and yes, going to town on his kielbasa like your name is Kobayashi will only serve you well, but that’s not actually the “secret” to a good relationship. It’s almost offensive to imply that we’ll be your mindless worshiper after a blow job and a sandwich. Anyone can make a fucking sandwich. There are like four ingredients and you don’t have to cook any of them. Besides a sandwich and blow job take up about 15 minutes, and that’s if your man eats like a human and chews his food. If you follow these simple steps, you’ll keep your man happy and essentially have him by his proverbial balls for the other 23 hours and 45 minutes of the day.

1. Have Your Own Life
Tom Brady eloquently put it best: “I’m attracted to women who are smart and funny and ambitious and have lives of their own and great families. Isn’t that what attracts anyone?” Alright, so Tommy boy clearly puts zero thought into basic sentence structure, but when a three-time Super Bowl-winning quarterback who goes home to the most powerful supermodel on the planet says something, I’m going to overlook his grammatical deficiencies. Not to mention, he’s on the fucking mark with his logic.

Girls, we like spending time with you, but if we’re all you have, especially in college, that relationship will flame out faster than your gym commitment after watching the Victoria’s Secret Fashion Show. Go out and have a girls’ night, have your own personal goals, and just do you. This ain’t the ’50s anymore, ladies. Strong, independent women like Beyoncé get our trouser trout jumping, not submissive homemakers who mooch the life out of us. Plus, with you out of the house, we’ll finally get to watch football in our dojo.

2. Don’t flirt with other guys…in front of us.
What you do on your own time for free drinks is your business, so long as you’re not blowing the guy on his barstool. With that said, when we’re together, flirting with another dude in front of us is just asking for trouble. It’s not out of jealousy, it’s just in our primal wiring to club Mr. Charming in the dome when you laugh at his piss-poor jokes.

3. Don’t force interests on us.
Look, we’re not going to have all the same interests. I’ve come to terms with the idea that I’ll never find a girl who shares the same enthusiasm for Nas’ “Illmatic” that I do. If you don’t like it, I’m not going to hold it against you. Even though you don’t appreciate good music, I sure as hell won’t make you listen to it. All I ask is you do the same. For the love of God, if you force “The Big Bang Theory” on me, I will walk out of your life, no questions asked. Yes, sharing common interests are important in relationships, but if you want someone 100 percent compatible with you, just date yourself.

4. Stroke our ego.
Even the most confident, unflappable dude has moments of vulnerability, whether it’s after a tough intramural loss or a subpar performance in the bedroom when we don’t bring the usual thunder. Just like you ladies love to be showered with compliments, we appreciate the occasional ego booster, too. A good go-to is any adaptation of “you’re the best I’ve ever had.” In no other instance should you ever go full Drake, but in this case, you’ll have your man feeling like he can take on the motherfucking world.

With that said, don’t be afraid to put us back in our place if this backfires and causes us to become cocky douchebags.

5. Try new things with us.
This is where #buttstuff2014 would undoubtedly make an appearance if this was a TFM column. Fortunately, I’m cleaning up my act for you ladies. Plus, with knowledge gained from past experience, it’s completely overhyped and something I’ll never ask for again. Moving on, you can obviously get creative in the bedroom–in fact, I encourage it, but feel free to expand the concept of trying new things into other life aspects. The more memories you make together by traveling and exploring unfamiliar sights and experiences, the more you’ll engrain yourself into his mind. Become his ride or die partner in crime and he’ll be loyal for life..

@DanRegester is a Writer and Content Manager for Grandex, Inc. After two failed long-term college relationships, he's an untapped well of knowledge on the subject matter...at least on what not to do.