7 Fall Sex Tips To Totally Up Your Game 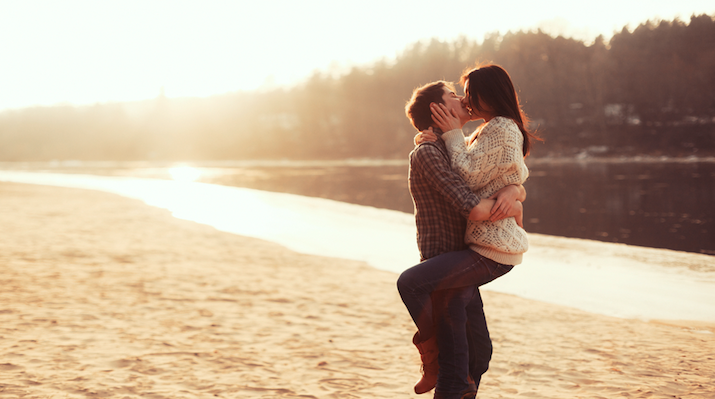 With fall well underway and October upon us, the most wonderful time of the year is officially here. And if you have a basic bone in your body, the few leaves that are changing color and the scent of PSLs everywhere are enough to arouse you. So to thoroughly enjoy all of fall’s natural aphrodisiacs (because seriously, does anything get you in the mood quite like the sheer thought of dragging your boyfriend on a hayride and making him pose for 87 pictures?), here are a few tried and true sex tips to get the most out of the autumn months. Do these and you won’t be the only one dropping to your knees in your relationship. (jk jk. About the blow job thing, not the proposing thing.)

• Tell him that you’d like to dress up in your best costumes before sex.
• Get mad when his costume is actually better than yours.
• Ignore him for the rest of the night.

• Tell him you’d like to try role play.
• Ask him who he’d like you to be.
• Suggest his ex-girlfriend because I mean, come on. He *was* hung up on her, right?
• And you did catch him texting her a few months ago.
• And you’re pretty sure he never actually deleted her on Snapchat like her said he did.
• Cry.
• Have a long, 4-hour discussion about respect and loyalty.
• Just watch Netflix instead.

3. The Trick Or Treat

• Dress in your skankiest costume.
• Knock on his door.
• When he answers say “trick or treat.”
• He’ll suggest some sort of sexual thing.
• Say “no” you really just wanted some candy or something.
• Make him go buy you some candy.

• Ask him to go to a fall harvest festival with you.
• When he says no, tell him that you’ll make it worth his while.
• When he asks what that means, just tell him that later you guys are going to get really dirty.
• Go to the festival together.
• Have the best fucking time in the world because, fall.
• Pick out two giant pumpkins.
• Ask him to pay for the pumpkins.
• Remind him what’s happening later.
• Get home and carve the pumpkins together.
• Get “dirty” together by pulling out pumpkin guts.
• Hope he doesn’t dump you.

6. The Hold Me Close

• Pick out a scary movie on Netflix.
• Invite him over to “cuddle.”
• Watch said scary movie.
• Freak the fuck out because you forgot how much you hate scary movies.
• Cry.
• Make him stay awake all night and guard you to make sure no ghosts get you.

• Tell him you want to take a hot, fall photo shoot.
• Say it in a seductive tone.
• When he comes over to your house, dress him in the new fall clothes you got for him.
• Enlist that girl who did your recruitment video to take pictures.
• Go outside in the still-80 degree weather wearing scarves, sweaters, and jackets.
• Pose until he breaks up with you or one of you passes out from heat stroke.