7 Misconceptions I Had About Penises Before I Ever Saw One 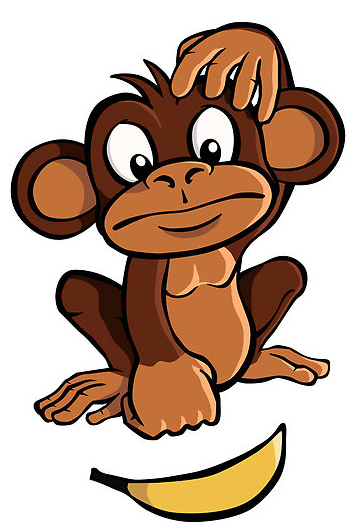 It’s hard to believe there was a time in my life when I didn’t know what a penis looked like. After all, I consider myself quite the expert on them now. But I can remember, back in the dark ages, or the light ages if you’re more concerned with the purity of my soul than my knowledge of the male anatomy, when I eventually put my hand down the mystery machine that was a pair of Abercrombie and Fitch boxers, I had no idea what I’d pull out. The internet wasn’t as prevalent in my life as a child, and I’d honestly never thought to look it up, so I left it to the imagination. My imagination was WAY off base, as it turns out. Let us count the ways.

1. Size
The first big surprise, and I do mean big surprise, was the general size of a fully grown hunk of man meat. While the first time I saw one, I was nowhere near ready to have sex with it, I knew that’s what they were there for. Seeing as I could only bring myself to use junior tampons, because anything larger than that was too painful, I assumed that a penis was pretty comparable in girth to a super plus, which I knew I could eventually get used to. It had to be about that size, because HOW could anything larger ever fit inside my body. I literally thought that an adult PENIS was as skinny as an expo marker. Needless to say, upon discovering the truth, I was horrified. My legs closed, and body clenched up at the mere thought of ever having to have intercourse, ever. (Ha!) Fortunately for the first boy I ever saw naked from the waist down, I remember him hugely, regardless of whether or not it’s true.

2. Appearance
While I didn’t actually see a fun stick until I was 17 years old (TSTC, FOLKS), I did see quite a number of drawings of them on looseleaf paper, and on bathroom walls — you know, those illustrations that portrayed a penis as sort of a skinny, misshapen rainbow atop a Venn diagram, much like this one? Well, that’s what I thought a penis looked like. Sure, I’d seen the drawings of an anatomically correct male member in health class, but the vagina diagram looked NOTHING like a real vagina according to #theviewfromhere, so I just didn’t let school get in the way of my education on that one. When I saw my first boyfriend’s pecker wearing a mushroom for a hat, I thought he was literally deformed.

3. Balls
Speaking of the artful illustration giving me all kinds of misinformation, the way the balls looked should have been a very clear indication that it was not exactly an accurate portrayal of what a guy had going on downstairs. Balls, however, still confuse me. I know I’d heard of the scrotum, but I still thought they’d kind of look like two separate entities, and you know, sort of like actual balls. I guess they sort of feeeel like a set of weird, fleshy Chinese stress balls, but when I look at testes, it feels like I’m just looking at one structure, and to this day, I don’t get it at all.

4. Gravity
My high school boyfriend enjoyed a maneuver that many refer to as “the tuck.” He’d pull his willy up under the waistband of his boxers to eliminate any embarrassment that could be associated with a public erection. I don’t know if every guy does this, but it really freaked me out when I found out about it — not because I thought it was weird that he was trying to hide it, but because I had been under the impression that the needle on a man’s (im)moral compass had no place to point but straight ahead, and when I found out he could lay it FLAT AGAINST HIS STOMACH, I thought he was broken. I was doubly surprised when I discovered that not only could it be flat against his stomach, but that it tended to be the position it was in when he laid on his back. I don’t know why I thought that Princess Sophia could defy gravity, or what I thought happened if a guy got a boner when he was laying face down (kidding: I thought he levitated at the waist, and was able to spin around like a top), but I was in utter shock to see it out of the ready position.

5. Movability
When I was in eighth grade, I had a boyfriend whom I’d make out with, but I never, ever saw his wiener. I would, however, ask him about it. Particularly, I’d ask him if he could move it. In my mind, when two people had intercourse, the male person moved his ying yang around inside the woman, independently of his pelvis in wave-like motions, like a cat can move its tail. That’s why sex felt good, obviously: he would essentially be massaging you internally with his third appendage. I was beyond disappointed to learn that when he said, “Yes, I can move it,” he meant that if he focused his muscles in a male kegel-like exercise, the amount of mobility would be comparable to that of wiggling your ears. False. Advertising.

6. Ejaculation
Perhaps my most embarrassing misunderstanding was regarding how a penis actually worked. I had this CRAZY idea that rather than actually stimulating the ol’ sau-sige to make it go, you had to try to literally squeeze the semen out like you squeeze the toothpaste out of a tube that is nearly empty. This, of course, was horrifying for the guy on the receiving end of my first hand job, and even more horrifying for me when he inevitably asked me to stop.

7. Flaccidity
I don’t know exactly what I’d expected. I knew that winkies grew a little bit when they were hard, but I generally was under the impression that men were lugging floppy eight-inchers around all day. The first flaccid penis I ever saw belonged to my boyfriend after we’d been together for a few weeks. My mouth literally dropped to the floor as I struggled not to shout, “BABE! YOUR PENIS IS SHRINKING! CATCH IT BEFORE IT DISAPPEARS COMPLETELY!” I was shocked by how much a body part could change in size in a matter of seconds. That’s not natural…except that it’s literally natural. I didn’t want to ask him why it was SO. TINY. (guys tend not to like that) before, you know, it wasn’t, but he must have seen it on my face, because he laughed at me and said, “They all do this.” I’d have to do my own research to find out if it were true. Spoiler: it was.