7 Reasons To Hook Up With A Coworker 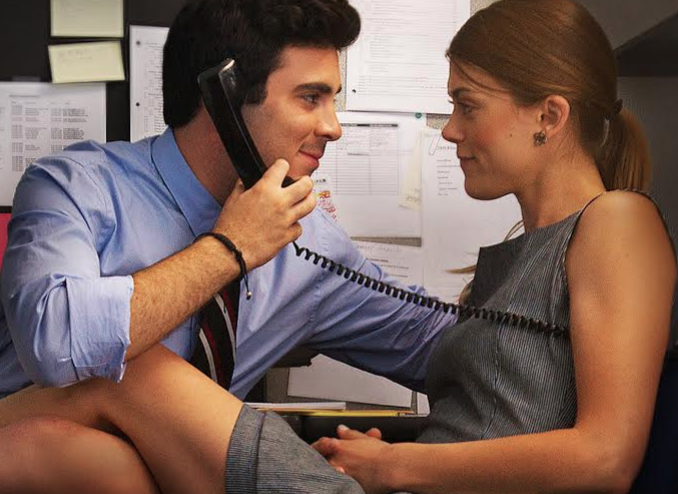 It’s pretty much the number one rule of the workplace: don’t fuck each other. That, and don’t steal. Other than that, as long as you do your job and mind your own business, you’re in the clear. But there’s always that one coworker that in any other circumstances, the two of you would have gotten it on, like, yesterday. And you know what? You should just do it already.

1. Secrets, Secrets Are So Fun

In a Kiss And Tell world, it makes it that much more scandalous when you are getting some action regularly without anyone knowing. Did you totally get your mind blown by that guy who sits a few computers down from you? Maybe. Were you a few minutes late to work because of the morning “workout” that lasted longer than expected? Who knows. Your coworkers sure don’t.

2. Think Of All The Fantasies

John Hamm in Mad Men. If that image is not enough to make you come in your pants, I’ll say it again. JOHN HAMM IN MAD MEN. Google it if you have to. It’s NSFW, but having sex with him is completely suitable. It doesn’t have to be a boss or superior, it could even be a temp, but every girl ever has always wanted to do this:

You’re not working for the weekend anymore. When you can get dick without having to hunt for it in the depths of clubs and bars, every day is a great day. Oops, grazing against his crotch walking past him was definitely an accident. That flirty, knowing glance during a meeting can get your fire goin’. And you never have to go right home. You can head over to his house to put in some overtime.

5. They Can’t Ignore You

Since both have to act like everything is fine, he can’t give you a cold shoulder because it would raise some eyebrows. Being in such close proximity with him means you can watch his every move. You know he saw your Gchat. You know he checks his email every hour on the hour. You can call him out on his every effort to dodge you, and he can’t do anything about it. What’s he going to do? Tell your boss? HA!

If he choose to ignore you, you have some serious dirt on him. Not only was he hooking up with a coworker, which is totally frowned upon, one time he used company property to Google pictures of Corgis for 17 minutes during billable hours. That, and he wears boxer briefs. He can’t be trusted.

7. Literally Nothing Could Go Wrong

It could end badly and the two of you would be forced to work together in a resentful, uncomfortable environment until one of you caves and moves to a different job, but that totally won’t happen, right? You’ll end up just like Jim and Pam and you’ll live happily ever after, right? Right?!.