9 Easy Peasy Ways To Get Rid Of Your Awful Roommate 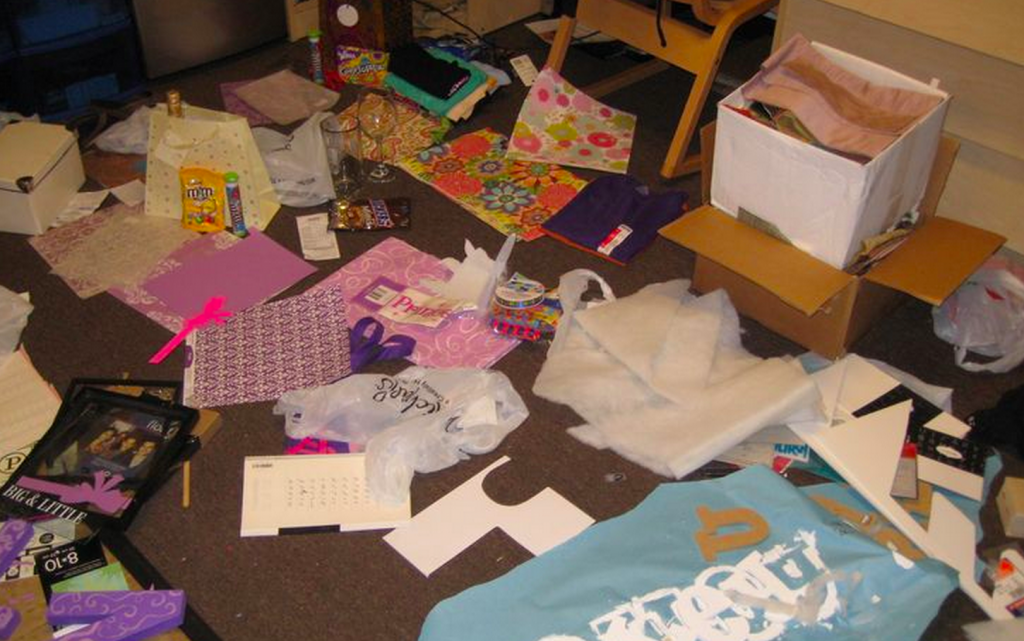 Roommates can be really hard to figure out. You can get super lucky and be best friends from the beginning or you can hate each other until the end of the year, by which time you’re so ready to move out that you’re RUNNING out of the dorm after your last exam. Or, if your roommate is truly heinous, you can coerce her out of the dorm. And, you know, she’ll never even realize you were doing anything. She’ll just think you were literally the worst roommate ever. And really, if it makes her leave, isn’t it worth that?

Find out what she hates.
She’s a neat freak? Cool, you’re officially a slob. She can’t stand the smell of milk? Oh no, too bad you suddenly love dairy products. You must become her polar opposite. Anything she hates, you love. Anything she likes, you can’t stand. You two are to have NOTHING in common.

If you have a boyfriend (or even just a boy friend who’s willing to play along) this one is for you.
If he doesn’t go to your school, call him. All the time. Call him when she’s trying to study, when she’s trying to sleep, when she has friends over. Skype him when she gets out of the shower, so she’s stuck feeling uncomfortable in a towel trying to find a way to get dressed without him seeing. If he’s on campus? Have him over, and make sure to be super cuddly and affectionate. Your PDA is going to be her downfall.

Make a mess.
If your roommate sucks, try to mess her out. Leave your clothes on the floor, don’t throw away trash. Hang your bras where she (and her friends) will see them as soon as they come through the door. Not only will she want to get the hell out of Dodge, she’ll probably stop bringing around her just as annoying friends because she’s embarrassed of having such a dirty room.

Listen to your music loudly and without headphones.
This is especially effective when she’s napping or trying to study. If she asks you to wear headphones, claim that you can’t find them. And when she inevitably offers you hers to borrow, either take them and “lose” them later on, or feign a fear of using the same headphones as someone else.

Make friends with people she doesn’t like.
If she comes home complaining about some girl from her chemistry class, go find that girl and become best friends with her. Bring her to your room, along with your boyfriend, all the time. Your roommate will be so annoyed and uncomfortable that she’ll beg for a transfer.

Talk. Like, a LOT.
And really loudly. Talk in the mornings, as soon as she wakes up. Talk in the afternoons, right when she walks in the door from class. Talk at night when she comes home from work. Talk to her about things or people she doesn’t care about. Whatever you do, just keep talking. Trust me, it will drive her crazy.

Convince her you worship Satan.
Or that you’re just batshit crazy. Talk to yourself, twitch occasionally, and take up a fascination with dark works of abstract art. Ask her to help you hold a séance so you can find closure after the death of your pet. Do whatever you have to do to get her out.

Be in your room. All. The. Time.
One of the worst things about dorm rooms is that there’s not enough space, and if you’re in your room all the time, she’ll NEVER have any alone time. She’ll beg you to go out and leave her alone by the end of the first week.

The best way to deal with your roommate problems, obviously, is to be an adult and try to talk them out. But if that doesn’t work, print this off and study it–just don’t let her find it. It’s your key to getting her out and finding yourself a better roomie..