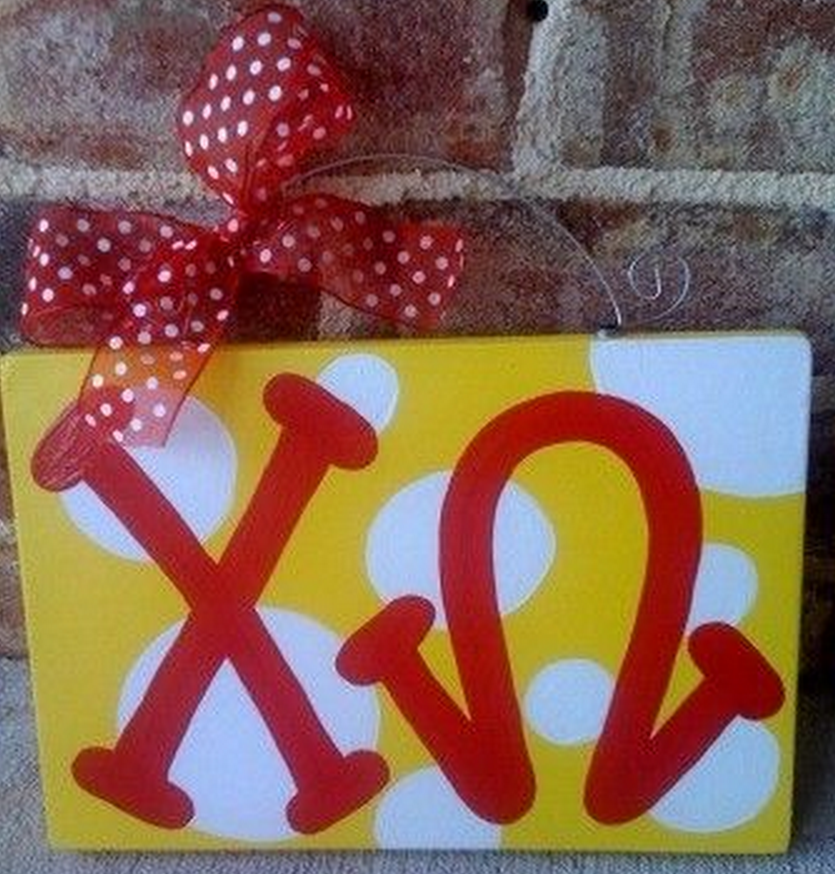 It has been 51 years since Martin Luther King, Jr. spoke his iconic words on the steps of the Lincoln Memorial, 59 years since Rosa Parks refused to give up her bus seat, and 60 years since the Supreme Court ruled that separate is not, in fact, equal.

It is 2014. We have had a black president for six years. Clarence Thomas has been sitting on the U.S. Supreme Court since 1991 — and he’s not even the first black Justice in our nation’s history. We have African American, Asian American, Latino American, and European American members of Congress. People from all walks of life, all backgrounds, all ancestries, all races, all genders, all sexual orientations now serve in positions of power — as CEOs and CFOs and HBICs of Fortune 500 companies, as all-star athletes, as Oscar and Pulitzer and Nobel Peace-winning celebrities, authors, and brilliant minds, alike.

Or so I thought. 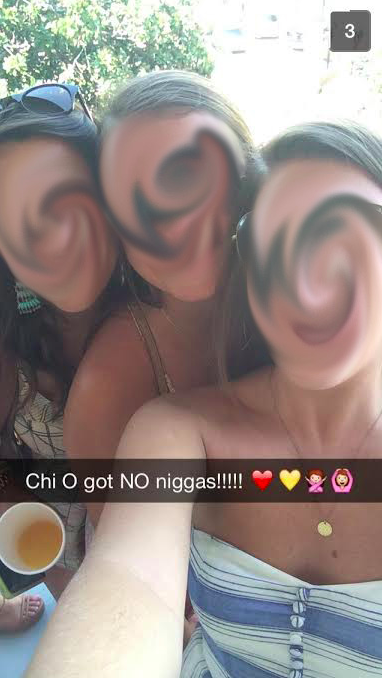 As you can see from the photo above, a group of young women from the Nu Beta chapter of Chi Omega at the University of Alabama did not get the message, as one member proudly sent a Snapchat of (presumably) two fellow sisters with the caption “Chi O got NO n*ggas!!!!!” Except that she spelled it out. And she also added emojis. Because what goes with blatant racism quite like a picture of a bow and a glass of wine, amirite? This despicable Snapchat is made all the worse, as it comes on the tails of last year’s recruitment at Alabama, where multiple overly qualified rushees were blackballed solely because they didn’t “fit in.” Read: they were not white. Is your blood boiling yet?

As expected, Chi Omega Nationals swiftly posted a statement saying that the girl who sent the photo has been kicked out of her chapter and that this sort of behavior in no way represents the sorority as a whole. 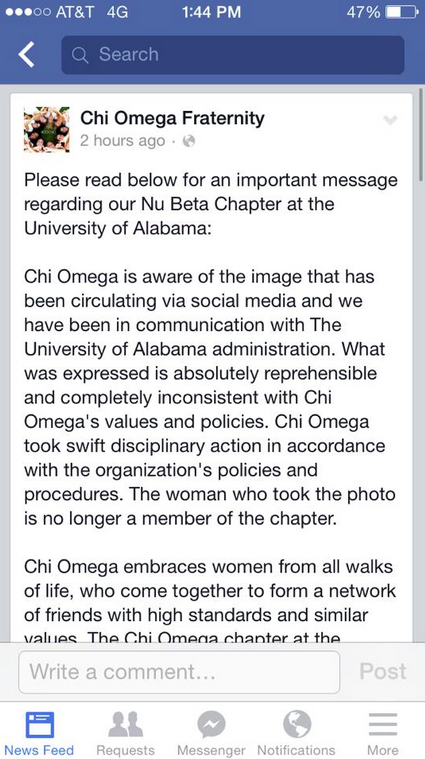 And that’s great, it really is. I’m glad that Chi Omega addressed this unforgivable act so quickly, and, quite honestly, it sucks that such a nationally well known and diverse sorority is now being associated with such vulgar beliefs. But still, the damage is done. The message is out there. The words are out there. And now we have to deal with it. So the guilty party was kicked out? Good. But what about the bigger issue at hand? What about the fact that it is 2014 and this word is still in use? What about the fact that the future of our country is still buying into this belief that skin color is anything but just that: skin color? Where do we go from here? What. Do. We. Do. Now? Because, honestly, your guess is as good as mine. Unacceptable, Alabama. Just…unacceptable.

After posting this story yesterday afternoon, we received an influx of emails and anonymous tips via our tip line either attempting to verify or debunk the information we had presented. Unable to verify what was true and what was false, we posted several updates throughout the afternoon and early evening in an attempt to stay on top of things and remain transparent. As it turns out, everything in our original story was true, and all of the updates after the fact were the result of misinformation. A member of Chi Omega did send a racist Snapchat, and has subsequently been removed from her sorority. Now we can all move on.

From Rush To Rehab (@catie__warren) is a semi-fuctioning adult who has been celebrating her 21st birthday for the past three years. She attended college in the nation’s capital and to this day is angry that Pit Bull lied to her, as you cannot, in fact, party on The White House lawn. Prior to her success with TSM, Rehab was most famous for being featured in her hometown newspaper regarding her 5th grade Science Fair Project for which she did not place. In her spare time, she enjoys attributing famous historical quotes to Marilyn Monroe and getting in fights with thirteen year olds on twitter. Email: [email protected]ndex.co