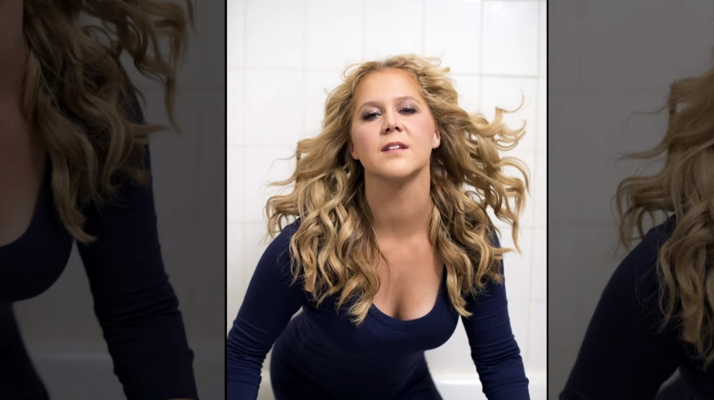 People fucking suck. I think we can all agree with that. You know when people suck the most? When they’re on the interweb. If you’ve ever taken a look at the comments section of any Total Sorority Move article, you’ll know what I mean: countless pathetic people wasting their time and energy writing mean, crude, or downright offensive responses to something satirical. These people are called trolls, and they are literal scum. Here are some examples of the shit I’ve gotten:

And my personal favorite:

Thanks a heap, guys. This type of cyber-bullying, for lack of a less lame description, isn’t just reserved for no-name comedic writers such as myself. Tons of people receive this bullshit, including one of our icons, Amy Schumer. Last week, a man by the name of Jeffrey Wells decided to attack one of the funniest women in comedy over something as cliché as her appearance. Cue the eye roll.

In a post titled Apatow’s Funny-Chubby Community Has New Member, Jeff calls Amy a “chubby, whipsmart, not conventionally attractive, neurotically bothered female” while discussing her upcoming movie, Trainwreck. Wait. I’m sorry. So while writing an article about the upcoming film that she wrote, is starring in, and is collaborating with Judd Apatow on, this asshole decides to talk about her weight? He goes on to say, “She’s obviously sharp and clever and funny as far as the woe-is-me, self-deprecating thing goes, but there’s no way she’d be an object of heated romantic interest in the real world.” This is obviously a joke. Like, he’s trying to be funny, right? I don’t know if he saw the same trailer that the rest of society saw, but Amy is fucking hot in it. Like, “every female writer at TSM has said she would literally go down on her” hot. So how does she respond to this? By making social media — and Jeffrey Wells — her bitch, of course.


First, with a basically nude picture that shows her literal lack of body fat:

I am a size 6 and have no plans of changing. This is it. Stay on or get off. Kisses! pic.twitter.com/6IsEfFOwAD

Then this piece of magic:

Loving the feedback on my appearance guys. Am I ok now? pic.twitter.com/3i4BRxSzPf

It’s hard to argue with the cold, hard, nude photograph facts. Naturally, Jeffrey Wells published an apology, but honestly? It’s all so absurd, I didn’t even read it. Neither did Amy, apparently. She told EntertainThis, “I didn’t read the thing. I think this is probably a good thing. I like that he was the only one that said anything. It was such an example of sort of the reason for trolling. It seems like a rewarding experience for people who do that stuff. From the bottom of my heart — I could not care less.”

Naturally, we had something to add on the matter:

Besides, you know what they say: The best revenge is making the writer apologize after you post hysterical and hot pictures of yourself. Oh, and having a massively successful movie and career doesn’t hurt, either..