An Apology Letter To F*ckboys 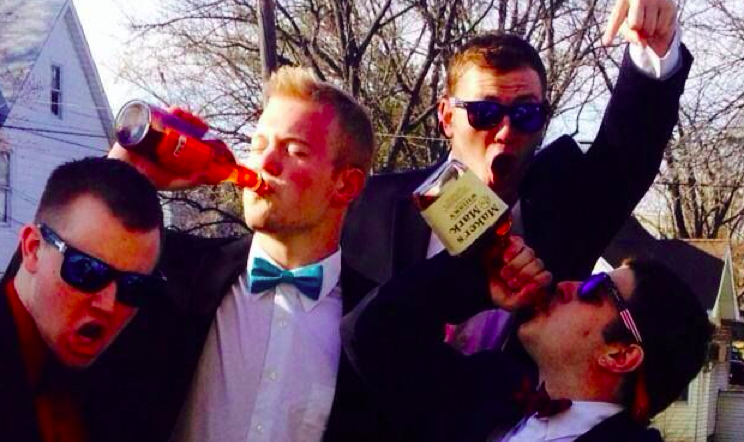 Dear Fuckboys of the Past, Present, and Future,

Hi again. You didn’t think you’d hear from me, did you? Well, I did scream at you so loud that your neighbors had to check on us. But I‘m back. One of your many casualties. Your friends say they miss me, but I doubt that you do. I just wanted to reach out to you to say something that has been heavy on my mind recently.

I swore up and down that I would never apologize to you, because you don’t deserve it, but our time apart has given me a lot of time to think. More accurately, the hangovers I’ve gotten drinking to forget you have knocked me out for days, giving me a lot of time to think. I’ve come to the conclusion that it is all my fault. When it comes down to it, I should have known better. I really should have seen the warning signs, and maybe you wouldn’t have had to kick me to the curb like that.

Like the first time I saw you, when you spit at my feet because you were annihilated and you said you could tell I didn’t want to hook up with you, so you were purposely going to treat me like shit. I should have taken that at face value instead of a hilarious challenge. That’s my bad.

Or that time when I got mad at you because you hooked up with another girl in front of my face and still asked for a ride home. That was so inconsiderate of me to even think about leaving you at the bar.

Or that time you dumped me over Facebook and then did not answer for hours and I sent you several messages demanding answers. You had every right to call me a psycho.

Or that time you blacked out, your phone died, you left the bar, and I lost you for two hours, but you somehow miraculously ended up at my apartment. I was totally overreacting. I’m sure you definitely would have judo chopped any gang that tried to jump you in the alleys.

Or all those times I tried to get you to talk about your feelings and you refused. I should have realized that you didn’t actually have any to talk about in the first place.

Or that time where you broke up with me for no reason and you had to endure the abuse from other people, calling you an asshole and asking you what happened. I should have given you a good reason to end things.

Or that time a girl tried to booty call you and you didn’t go, but when you told me about it, I didn’t applaud you. It’s hard to find guys who will respect the only agreement in an exclusive relationship. I see now that I was being insensitive.

Or any time that I tried to give you love and affection when you clearly said that you are afraid of commitment. You could not have made it any clearer.

There. I said it. It is all my fault. I ruined relationships and indirectly ruined friendships. Our chapters can’t hang out with each other anymore because too many relationships have failed. I’ll take the fault for your obvious faults. I am so so so sorry.

Then again, I’m really not..