An Exposé Of Ugly Man’s Game 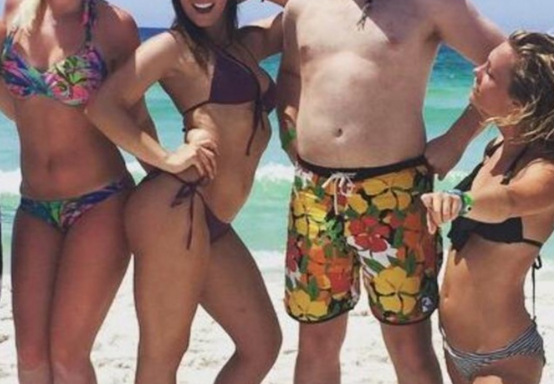 As young women, we are cautioned to avoid the sweet-talking charmer. He is beautiful and he knows it. His gorgeous exterior blinds you from his cold and and slimy interior. He is the worst person you know, and you can’t tell if you want to kiss his face or pound it in with your fist. But game doesn’t belong to just the beautiful. There is that one guy who is the human version of a pug; his face is smushy, he’s a little chubby and hairy, but something about him makes you want to take him home immediately. He’s got ugly man’s game.

Now, this guy was not always this way. He most likely had a really tough high school experience. He was probably best friends with the charmer, and he was his trusty, friend-zoned sidekick. Ugly Man was a hard 6 with a 10 personality, while the charmer had the opposite. For four years, he watched his best friend pull girl after girl, each one dumber than the previous. He would try his best to talk to them too, but the charmer’s attention was no match. However, as soon as he got to college, he grew five inches and a pair of nuts the size of cantaloupes. He no longer had the charmer to get in his way of his efforts, and the student became the master. This was his time.

First, Ugly Man used his game to bro his way into the top frat on campus. As much as everyone says tiers don’t matter, they absolutely do. He would talk about his football days, while conveniently leaving out the part where he spent most of the game on the sidelines. He’d eventually be labeled “Chill AF” because the brothers like him, but don’t feel threatened by him. His big ends up being the previous pledge class’s Ugly Man, and together they are unstoppable.

With his newfound confidence and letters on his chest, he takes on the Panhellenic community with full force. He starts small with nervous and self-conscious pledges who are eager for male attention, especially from his chapter. Then he meets her big, and her big’s friends, and then they fall in love with him. They might not hook up with him, but he is building the reputation to be passed down to younger girls. For the first time in his life, it’s him the ladies are all over, and they have no idea why. Maybe it’s his compliments, maybe it’s his conversational skills, or maybe it’s his overtly sexual jokes. Whatever it is, it sends girls into a confused whirlwind of attraction. Some girls find themselves so confused, sometimes, that you can hear her echos: “I don’t even know why I like him. He’s not even that cute.” It’s most likely caused by the fact that for the first time, we are attracted to a person’s insides before their outsides.

Now here he is, sitting next to you in your English class, making you giggle and blush and squirm in your seat like a fifth grader. Don’t be afraid of Ugly Man’s game, though. He has the charming abilities of his douchey counterpart, but none of the same intentions. A world without Ugly Man’s game would be a world without Jay Z or Daniel Tosh. And for that, Ugly Man, we thank you..