Are You A Boner Who Doesn’t Like To Have Fun? No? Then Go Buy “Dirty Rush” 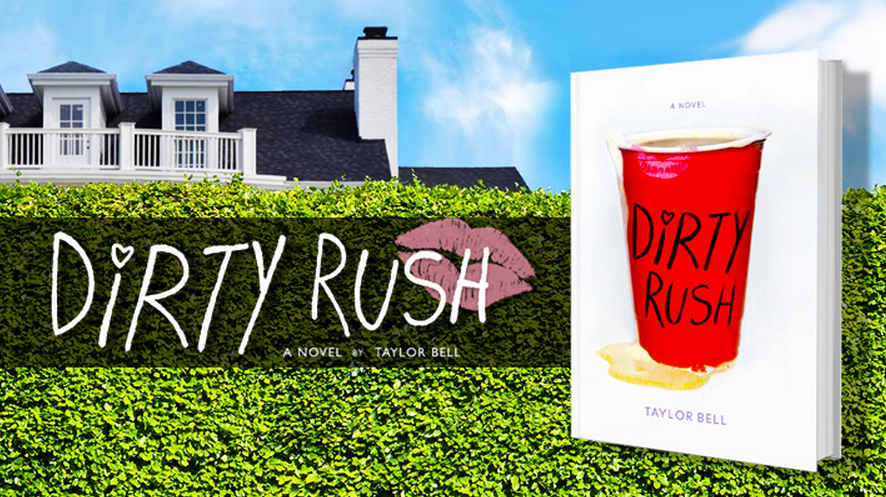 Look, I’m not going to sugarcoat it, because that’s not who I am. I don’t do the whole “Oh em gee, sisterly love! Let’s go craft our balls off until I sneeze glitter for a week” thing. I’m not about the “Waaaiiittt…it’s Friday? Everyone’s going out? LET’S STAY IN AND DRINK WINE INSTEAD” scene, either. It’s boring. I drink my wine one way, and it’s straight from the bag for at least twenty-five seconds at a time.

If that sounds anything like you, then you need to go buy Dirty Rush, like, right the fuck now.

This book is for the sorority girls who like to have fun. It’s for the ones who do their hair, nails, and everything else on a Wednesday night because there’s no cover at the bar during the week and they don’t have to start the term paper due Friday until Friday morning. Do you walk past girls sitting in their pajamas and think, “ew,” because the idea of being so useless when there is alcohol to be drunk and bodycons to be worn makes you want to die? Does the sight of a small bag of coke being subtly whipped out in the corner of a rush party get you really, REALLY excited? I hope you answered “yes” to all those questions, because otherwise, you can’t sit with us.

Now, don’t get me wrong, Dirty Rush is about more than just drugs, sex, and boys (I’m only half-lying here) but do you actually care about that? Like, really care? We can all talk about the bonds of sisterhood and blah, blah, blah until our assholes bleach themselves, but who wants to read about that when they’re living it? There’s actually negative entertainment value in a book about a bunch of girls sitting around in a circle singing “Kumbaya” for two hundred pages. The people who find that interesting are the same boners who think an example of a wild night is drinking two bottles of wine while they binge on Say Yes To The Dress instead of one.

You’re in college for fuck’s sake! Go twerk your brains out. Get so drunk you stick your head out of the window of your DD’s car just in time to paint the side with a fresh coat of vomit. Sure, you might regret it in the morning, but who cares? In ten years, you’ll look back on it fondly while you sip champagne on the porch of your beachfront condo, watching your hot pool boy attempt to clean the filter. That’s the whole point of college in a nutshell, aside from (sometimes) learning stuff.

No, not pool boys and vomit, you shit-sticks. Jesus, do I have to explain everything? It’s about the memories you make. Although they’re reckless, irresponsible, and potentially illegal, they’re funny to reminisce on. It’s about the girls in your chapter who just “get” you and will jump head first into a little dime bag of cocaine without even considering that they have an exam at 8 a.m. the next day. Those are the girls who you’ll make memories with, not the ones who sat in the background eating carbs on carbs on the chapter house couch every night. College is the only time in your life when you can go out and act like you’re a straight-up lunatic. No one will give a damn, especially your sorority sisters.

That’s what Dirty Rush is about. Order it on iBooks or Amazon now..