Call Me What You Want, Just Don’t Call Me “Dude” 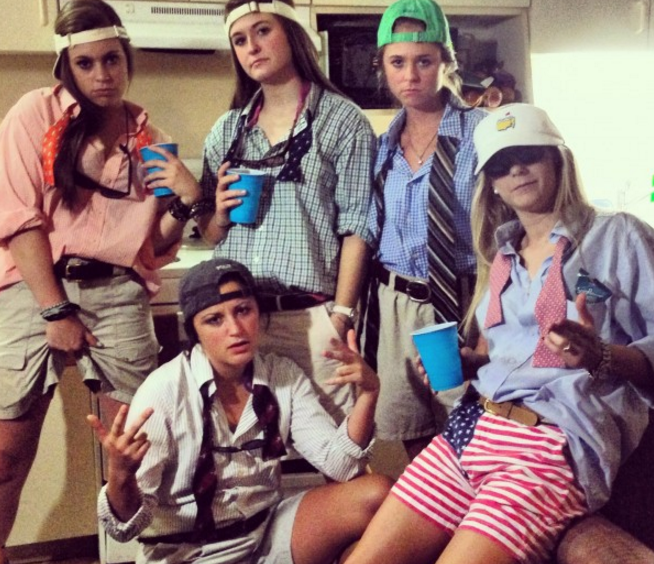 I’ve been called a lot of things. A crazy bitch. An attention-seeking whore. An ugly skank. A dim-witted mouth-breather. A type of girl to get fucked 100 different ways by 100 different dudes and have a breakdown by 30. A goddess amongst peasants. Some of them are positive, some of them are negative. But at the end of the day, they are just words. They don’t reflect upon me as much about me as it reflects upon the person who said them. I’m rubber and you’re glue, whatever you say to me, I’ll roll my eyes and reply “fuck you.” It’s really hard to call me a name that will really get under my skin and keep me up at night. That is, unless, you call me the most disrespectful thing you can call any woman, living or dead. Don’t you ever dare call me “dude.”

The word “dude” is generally reserved for some guy. That dude over there. That dude in the car in front of me. That dude who won’t stop staring at me. He’s a good dude. He’s a tall dude. He’s a dude. Other words like “bro” or “homie” doesn’t refer to the gender of the person as much as they refer to the characteristics of the person. Someone who is a “bro” is laidback and chill. Someone who is a “homie” is someone you’ve been close friends with for a very long time and you know they would do anything for you. Someone who is a “dude” is literally just a man. Calling a girl a bro or a homie has an entirely different connotation to it than dude. The first two aren’t referring to her gender, while the second is blatantly calling her the opposite.

Nothing takes the wind out of your sexual sails like a guy you are interested in calling you “dude.” You do you hair and makeup for at least an hour, you pick out an outfit that shows off just enough without inadvertently looking like a streetwalker, you paint your nails a color that matches the season, and you go out feeling like a diva. You saunter up to your hot guy acquaintance with your bedroom eyes locked on his lips. You are boutta close this deal tonight. He goes to give you a hug and you hear “what’s up dude?”, and it feels like you just took an elephant dart to the face. You have just been cunt punted past the friend zone and into the depths of the dude dungeon. If you thought getting out of the friend zone was difficult, good luck getting out of the shackles of the dude dungeon. You’re going to be there for a while.

And if you’re a girl calling another girl “dude,” it’s just like, come on. What are you doing? You sound like you’re doing a bad surfer bro impression, and it’s freaking everyone out.

So be careful what you call people, because you never know who you’re going to offend. Just to be safe, let’s get rid of the word “dude” all together. It’s so 1980’s anyway..