Countdown To Commencement: A Senior’s Bucket List Before Graduation 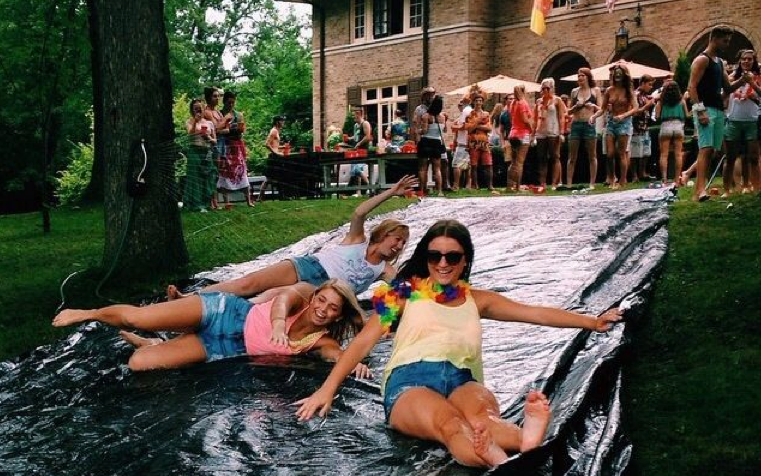 Classes have started, you’re getting back into your routine, and the reality is starting to set in. This really is your last chance to do all of the reckless things that you have always wanted to do. Between late nights at the library and even later nights at the bars, where did all the time go? You had so many plans, and you are determined to not let yourself down. So you come up with the brilliant idea to make a bucket list. It’s perfect. Ideas flood your mind. You have to get your friends in on this. What’s the point of experiencing all of this stuff if you have no one to share it with? You text your group chat about your plan.

Tiff: Omg yes this is great.

Nicole: Such a good idea.

You: I know *hair flip* so I already have on there go out in the city and a spontaneous road trip. What else do you guys want?

Tiff: Not to be picky, but you can’t plan something that’s spontaneous.

You: Ugh, FINE. I’ll just write road trip. What else do you guys want to do?

Tiff: We should stay in the library until it closes one night.

Nicole: I’ve never slept with a black guy and I’ve always wanted to.

Tiff: No we are not putting that on there. That is so racist and wrong.

Nicole: You’re racist for not wanting it on there!

You: Ok this is me ending this fight so it doesn’t get worse. Think, what is something you’ve always wanted to do in college?

Sarah: Take a picture sitting on the statue of the mascot.

Nicole: TBH my list is just places I wanna bang.

You: Yeah that’s not what we’re going for here Nicole. What about something a little wild like get a piercing?

Tiff: No I can’t go to law school looking like a punk rock degenerate

At this point, you are wondering why you even included Tiff in this in the first place, but you press on.

You: How about something like go to all the frat houses in one night?

Nicole: Yeah and like hook up with a guy from each?

Sarah: Has anyone suggested drugs to do?

Tiff: You people are unreal.

You: Ok everyone keep thinking and we’ll talk about it next time we see each other.

Nicole: Yeah we could have it at my place this time. I just have a little cleaning to do. Actually a lot.

When you bring up the bucket list again at Friday’s weekly dinner, and they actually had some really good ideas. You write them all down on a piece of paper that you take home and immediately lose. Let’s face it though, you were only going to do, like, two of the things anyway..