Countdown To Commencement: The Guy From Freshman Year 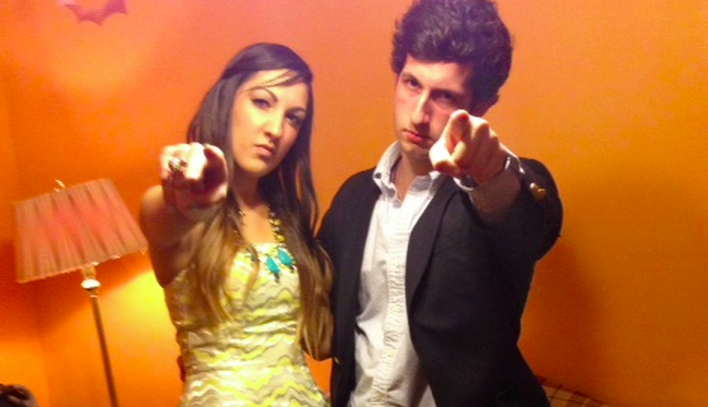 You met him at your first floor meeting, or your first frat party, or your first day of classes. You complimented his shoes, you asked him about his tattoo, or you happened to be standing next to him at a football game. Somehow, The Guy From Freshman Year slithered his way into your heart, and there he coiled up and stayed. Like the sexy little snake that he is. Most of the time, The Guy From Freshman Year stays just that, but for a lucky few, he’s interested back, and of course, we hate those bitches. That’s not what the true essence of The Guy From Freshman Year. He’s supposed to stay a mysterious, unattainable creature. You’re supposed to pine over him for years. You text your friends whenever he is at the same bar as you. Your friends send you secret Snapchats of him sitting in the library. You may have a few close encounters that make you label him as a “fuckboy” in your mind, but in your heart, he’s still perfect. As you grow throughout college, your secret love for him grows, and so does your confidence.

You run into him your senior year just as trivially as your freshman year. You haven’t though about him in months, or any guy for that matter. You’re just hanging out with your friends when he appears. For some reason, you look at the door of the bar just as he’s walking in. He looks even better than you remember him. He daps up the bouncer (of course he knows the bouncer) and is greeted by his bros. Then, he looks straight at you and his eyes light up. And you panic. He’s brushing people off of him as he makes his way over to you. You don’t even have time to go order a shot from the bar, even though the last time you did that was your 21st birthday. You swallow the puke that comes up at the memory of your 21st and suddenly he’s standing right in front of you. He gives you a huge hug. Like a real, “OMG I haven’t seen you in years” hug. Before you can say anything he’s already leading you to the bar to buy you a drink. Is this happening?

You spend the whole night together. Usually, your friends would be pissed that you ditch them for a guy, but this isn’t just a guy. This is The Guy From Freshman Year. You see them finally put a face to the name and they cheer you on from afar. The drunker you get, the more ballsy you get. You know this is your last shot, so you go for it. You sneak into conversation how you’ve always had a crush on him. He sits back and gives you a confused look. He’s had a crush on you back this whole time?! It’s like fate personally created this night.

The lights come on. This night absolutely flew by. You both look at each other, knowing that you have to go check on your respective friend groups. He gets your number, and gives you a hug and a kiss on the cheek. You promise each other that you’re going to meet up at the pizza place that everyone goes to. But neither of you go. And while your friends are confused why you didn’t even give it a try, you already got out of the night what you wanted to. You became what you have been all along. The Girl From Freshman Year..