Dad Bod Is Dead, And I Couldn’t Be Happier 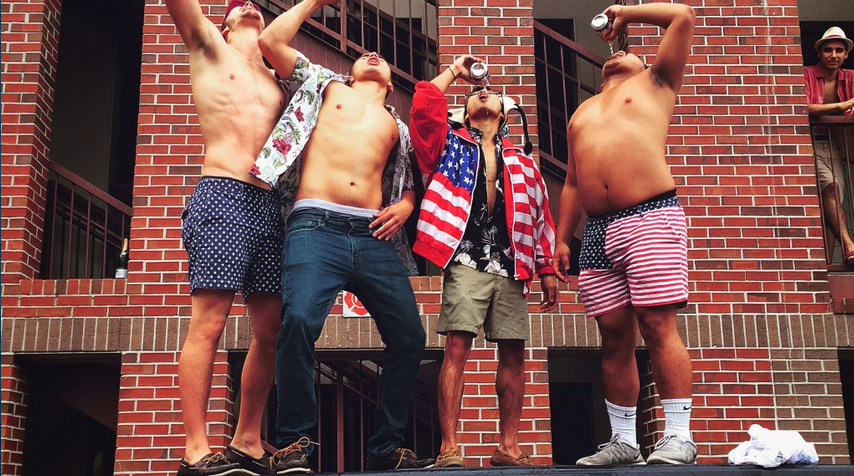 I’m embarrassed to admit it, but when “Dad Bod” became a thing, I was so on board. Finally my affinity for tall, goofy, barely toned men became a global phenomenon. I entered a serious DILF phase. You know, DILF: Dad I’d Like to Fall in love with. It actually became an issue. I don’t actually date guys who are dads, just guys who dress like dads. So basically frat guys. I dated a frat dad for a bit and he was so sweet. His bright smile and doughy figure were warm and welcoming. Something about him made me feel safe. Spending time with him was so easy. I felt like I had known him for my whole life.

During his fraternity’s philanthropy event, we took a picture together and I immediately put it on Facebook, where my grandmother commented, “Wow great pic. So happy Uncle John got a chance to come visit you at school.” At first I didn’t get it, but then I realized why this guy looked so familiar; he was a younger version of my uncle John. Sheer horror shot down my spine. How did I not see it earlier?! The signature thick brow, the smile that I had grown fond of. I had to break up with him immediately. I said “I’m sorry it’s not you, it’s my Uncle John” and I never looked at him in the eyes again.

I am an Old Navy body trying to fit into a Forever 21 world. The original reason I loved dad bods so much is because I could relate to them. They were the athletes in high school who put down their lacrosse sticks and picked up a 30 on their way to watch other people play. Bad joints had sidelined me during my senior year, so I got a head start on my mom bod. The dad bod symbolized someone who was not obsessed with their looks and was willing to accept the flaws of others. Dad Bod would eat ice cream and wear sweatpants with you on the couch. Dad Bod wouldn’t judge you for not going to the gym for the fifth day (week) in a row. Dad Bod would think it’s cute when your jeans from high school are a little snug. Dad Bod would not make you feel like you needed to “keep up” with his physique. Hot Guy would make you drink kale shakes. Hot Guy would make you go on runs with him. Hot Guy wouldn’t go out because he had to get up early the next morning for a mud run. Hot Guy would let you know when you were no longer Hot Girl.

Then I realized it wasn’t the view of the male body I had an issue with. I had an issue with how I looked at myself. I thought that my personality wouldn’t attract people as long as my outside didn’t. I didn’t think I was worthy of having a “hot guy” who I viewed as shallow. I myself was the one being shallow. Just because someone works hard on themselves, does not mean they don’t work on other people. Just because a guy looks like he’d be a good cuddler doesn’t mean that he doesn’t fall right asleep. No one body type belongs with another. Physical attraction is important, of course, but it’s what is on the gooey inside that makes couples match.

I was judging both “hot guys” and “dad bods” alike. I’m glad that it’s no longer a trend because we’ve (temporarily) stopped obsessing over body image and we can focus on something that really matters: facial hair..