Do I Like Him Or Do I Want To Punch His Face?: An Eternal Struggle 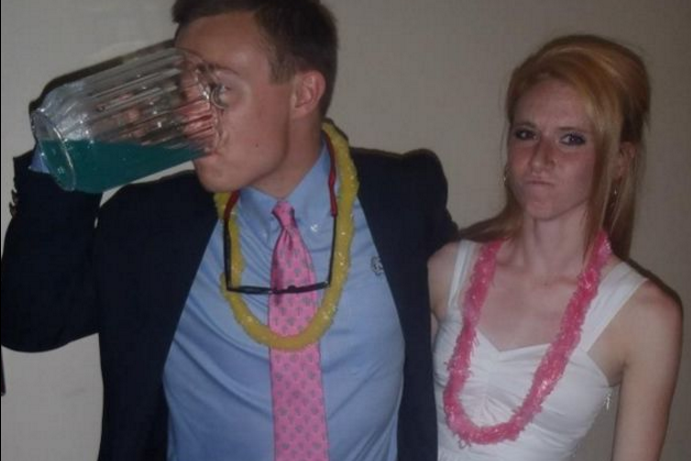 Life is filled with patterns. We wake up at the same time, eat the same foods, wear the same clothes, and date the same people. It doesn’t have to be the same specific person, but there’s generally a common theme. I knew I had a type, but I could never figure out what it was. They were all usually funny, but most people have the capacity to be funny at some point. Three of the four guys I have dated all played lacrosse (on the same team, hehe oops). But there was an aspect of their personality that I just couldn’t resist.

They were nice enough guys, I can’t take that away from them. But everything that I said was met with a smart-ass comment or snarky correction. It was nearly impossible to have an extended, fluid conversation with any one of them without a wave of fury washing over me. I wanted to attack him with my face. I wanted to choke him out, but also let him shove me up against a wall 50 shades style. I wanted to hate him, but I loved it too much.

It’s easy to figure out why girls go for the bad boy: we want to fix him. We want to be the one he is nice to, because that makes us special. But what about this new breed of bad boy? The ones who relentlessly tease us, push our buttons, and get off by making us angry. It’s deliberate and malicious. There is never a time where they are different. We don’t see a sweet side. They piss off their professors, their friends, their moms, and especially the girls that they talk to. He’s just called a “jackass” and everyone carries on with their lives.

The mentality that it’s ok is what is messing with us. We are confusing patronizing with passion, their chastising with a challenge. Our comfort zone has become the very thin line between love and hate. If you’re not “bickering like an old married couple,” then it’s considered wrong. The reason an old married couple bickers is because they can. They have a built a lasting relationship for decades, not days. They earned the right to call each other an idiot and be able to get away with it.

Of course, never fighting is a terrible sign. If both of people in a relationship are constantly happy and agreeable, then they are either faking or fucking someone else. But these feelings of frustration have become a sign of feelings of infatuation. The anger builds up in your chest. You want to scream at them for being so stupid, but pounce on them for being so attractive. We crave attention from those who give it to us the least, so maybe the fact that everything that we saw isn’t the law peaks our interest. Does this person maybe have their own thoughts? Do they care enough that they are insistent on sharing? Does knowing which buttons to press mean that they know us well? Do we love the drama?

I don’t have an answer, nor a solution. I’ll still be teetering on that line between love and hate with the sarcastic and sadistic, hoping I stay on my own two feet. But if someone figures out why this is the case, let me know. I have terrible balance..