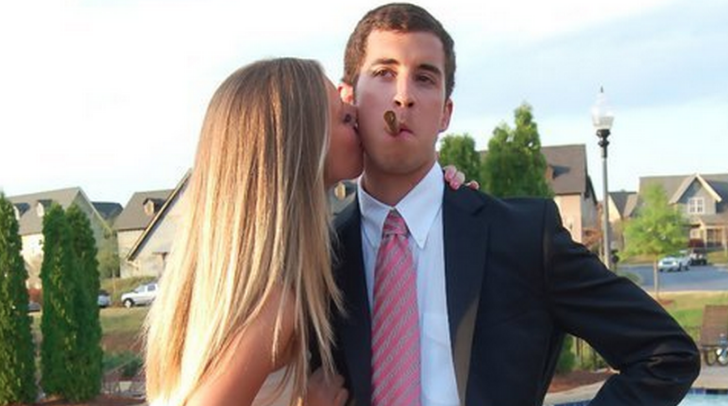 Breakups aren’t easy, especially in college. Trust me, I know. A week ago my boyfriend called me and told me that he wanted to break up with me. My heart shattered. It caught me off guard and I instantly lost it. However, this isn’t the first time I’ve had my heart broken. This isn’t the first time I had to awkwardly tell people after they ask me how my boyfriend is that “we’re no longer together.” This isn’t the first time I’ve had to worry about randomly seeing my ex at a party, the library, or even just walking to class. Breakups are hard and being trapped on the same campus or hometown as the person who said they no longer wanted to be in your life doesn’t make it any easier. However, that doesn’t mean it should hinder your college experience. College is too short to let a breakup ruin it.

Most of us only get four years of college. That’s four years of partying in gross frat houses, waking up early to wear a cut up shirt to a tailgate, and going to bars that are filled with mostly hot people under 21. It’s also four years of living close to all your best friends, not having a full-time job, and having days that most likely doesn’t start at before 9 a.m. Once these four years are gone, you can’t get them back. College will be nothing but a memory. I don’t know about you, but when I look back on college I don’t want to remember living in my bed crying because some asshole decided to break my heart. Instead I want to remember the good times. I want to remember the crazy nights out, the late night library sessions filled with procrastination, and the inside jokes that only me and best friend will ever understand.

I’m not saying that breakups are easy to just push aside. They hurt. However, they are temporary and so is your time at college. So cry to sappy Taylor Swift songs, burn your old pictures, and donate all the shit that he left in your room. Be as crazy as me and run by his house at 2 a.m. and yell at his window. Hook up with his best friend (or don’t, if you have a conscience). Unfollow him on social media and realize he isn’t worth the wasted time. Whatever it takes to make you feel better, do it. And if he thinks you’re crazy…well who gives a shit? In a few years you won’t ever have to worry about seeing him again.

So for now, enjoy college. Go to his frat’s parties if you want. See him making out with another girl? You’re prettier anyway. See him on campus? Give him a friendly wave and awkward side hug. He can’t touch that anymore. See his friends? Strike up a polite conversation and remind them that their friend is an idiot for letting you go. The point is, don’t let it change how you feel in college. Don’t give him that power. You won’t be able to get these years back and after all, college is about learning. That doesn’t just mean in the classroom. Learn something from the breakup and use it to make your future relationship better.

When you’re 80 years old and you’re reminiscing about these years, you’re going to want them to be as great as they possible. So don’t let this breakup stop you from giving your 80-year-old self years to remember, laugh about, and smile upon. You’re worth it. He’s not..

Hey sorry I just woke up.