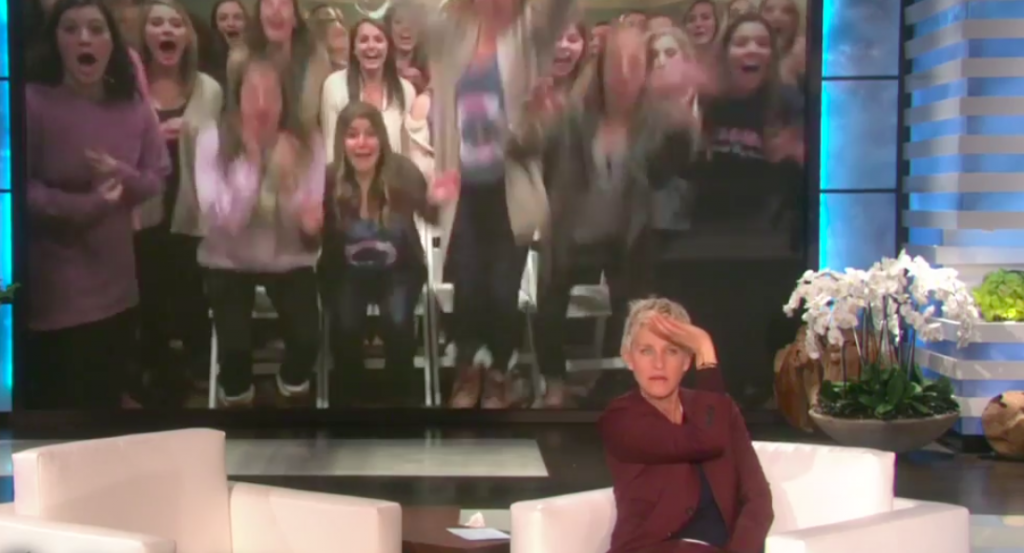 The ladies of Delta Gamma at Butler University had a recruitment just like anyone else’s: house tours, long days of unscrewing the smiles from their faces, and a skit day in which they featured “Ellen DeeGeeneres.” That’s a pretty clever play on words — I certainly giggled. Apparently Ellen found it clever, too, so she decided to reward all “the Gammas,” as she called them, for their hard work during recruitment.

If you’re wondering, “What the heck? Why isn’t my chapter on ‘Ellen’? We worked hard, too!” the answer is that your recruitment chair isn’t Alexa Stedman. Recruitment chairs everywhere, start taking notes. The overachiever reached out to Ellen by telling her how much her chapter loves the show, how they think she’s a great role model, and how much they love her purpose and positive influence. Thinking they would probably just receive a thank you card, the girls were shocked when Ellen surprised them with so much love. In true sorority form, the chapter reacted to the surprise by chanting, squealing, and, of course, throwing what they know with Ellen.

Delta Gamma at Butler University is proud to announce that we were featured on today's episode of @TheEllenShow!! http://t.co/hoTHRzba3Q

Okay recruitment chairs, time to get to work. The bar has been set..