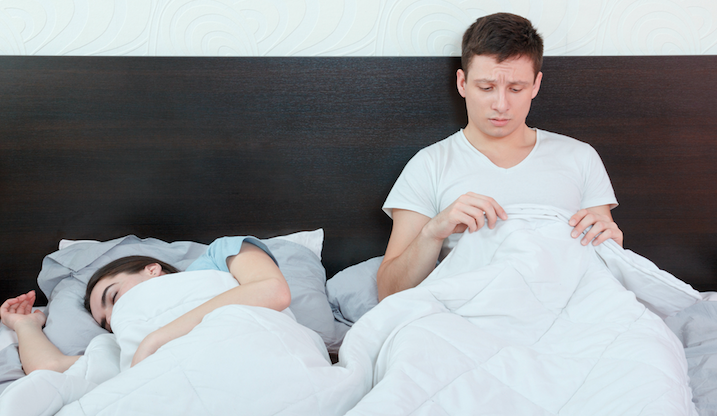 I don’t like to make excuses for guys. After dating the good, the bad, and the oh-so-ugly for a good ten years, I realize that they have their issues just like girls do. They get insecure. They get jealous. They get weird and critical and annoying about things that totally don’t seem like a big deal (read: football). But here’s the difference: the root of a girl’s problem could be anything — her bitchy friend, her mom’s nagging, the girl at work, her shoes, the shoes she didn’t buy, the fact that she’s not as pretty as her sister, or just the general pulse of hormones and the gushing of blood from her vagina.

But for guys? 99.99% of the time they’re just insecure or way too secure about their dicks.

Let me paint you a picture. Your boyfriend is a normal, fine guy with a normal, fine penis. But when you guys have pre-marital relations, he always wants you to tell him how big he is. Now, it’s not that big of a deal. I mean, no, he’s not that big. But you usually say it without thinking because you’re a good girlfriend and you don’t want to get into a fight over the fact that no — five inches isn’t huge.

But you go along and you act like he’s got a big ole sausage because it’s what he wants to hear and frankly you don’t really care. I mean sure, you’d love a few more inches, but you’d never tell him that and besides, he makes up for that in his oral skills, right?

Now let’s fast forward. You’re at a bar with that same boyfriend, and the second another guy comes up and talks to you, your man gets jealous. He’s giving the guy mean looks and he’s pulling you to his side like he’s going to somehow keep you from accidentally flying away and landing on this other guy’s dick. Now, the guy talking to you is your partner in theatre class who happens to be gay. And your boyfriend knows that. But that doesn’t stop him from puffing out his chest and acting like he’s a big guy, even if he’s actually not.

He’s doing this because he’s threatened. Not by the guy. But by the guy’s wiener.

It’s almost romantic if it wasn’t so pathetic.

But wait, it gets weirder. You know how guys with lots of money, or huge houses, or crazy-fit bods, or over-the-top romantics tend to be average in the penis department? That’s because they’re overcompensating for the one thing they can’t make big and grand. I mean, come on. Does anything scream “small penis” quite like a guy driving a bright red (insert expensive sports car name here)? But when it comes down to it, some of those same rich or hot or sweet guys are the ones who will drunkenly tell you to say that they’re bigger than your ex, even if it isn’t true.

And if not, they know they’ll find someone else.

Shoot for a guy with a big ham and the confidence of a 6-incher and you’ll be set for life. Promise..