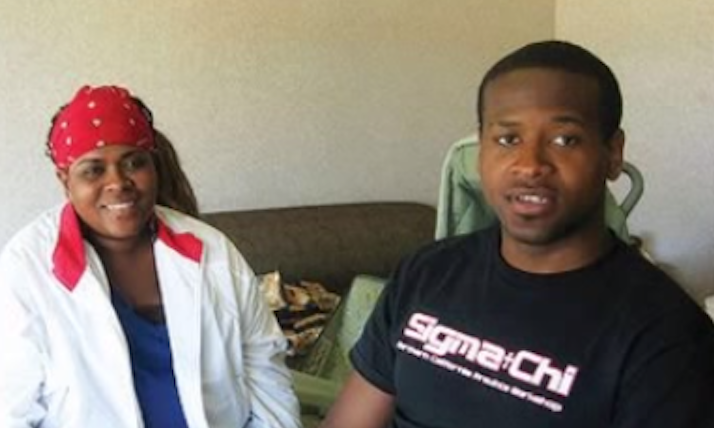 On November 22, 2008, Gregory Johnson Jr. was found dead in the basement of his fraternity house at San Jose State University, where his Sigma Chi fraternity brother Michael Laris found his body hanging. His autopsy says it was a suicide. Now, six years later, Johnson’s parents Denise Johnson and Gregory Johnson Sr. are suing Sigma Chi fraternity, SJSU, and the University Police Department for $520 million in damages for what they believe to be a coverup of their son’s death.

Simply put, too many things didn’t add up. From Spartan Daily:

We encountered statement inconsistencies, bizarre responses and an eerie set of circumstances that gave rise to more questions than credible answers.”

Johnson’s parents were not notified of their son’s death for seven hours. In 2012, mother Denise Johnson went on record, telling Lawless America that other students on campus knew about her son’s death well before she did, and it was thirteen days before she was permitted by the coroner to see his body. When she finally did, she found a six-inch crack on the back of his skull “that was oozing brain matter.” This was later reported as an accident during the autopsy. Johnson also had a broken neck, but did not have ligature marks on his neck that would normally be present in a death by hanging.

Johnson’s parents were repeatedly denied information during the ongoing investigation of their son’s death as it was allegedly a “matter of national security.” Denise and Gregory Johnson Sr. have no doubt that it was not suicide that killed their son.

Laris, the fraternity brother who found Johnson’s body had conflicting reports of what he saw. In one report, he claimed Johnson was “on his knees, hanging from an extension cord,” but later told police that he was “hanging by the neck, his legs stretched out in front of him with his butt an inch from the ground.” Eye witness reports in the face of trauma are often unreliable. But the other facts are undeniably suspicious.

His parents insist this was, not a suicide, and in the 2012 report even went so far as to call it a murder. “Gregory was a strong, handsome, intelligent young minister, who loved life, was always full of joy and thrilled over college,” they said. With the evidence stacked up, they just don’t believe he could do this..