The Final Trailer For “Fantastic Beasts” Was Just Released And Yes, You Will Cry 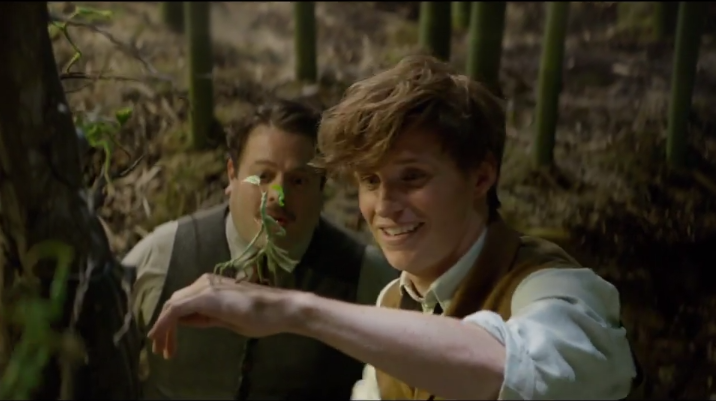 Well, it’s here. The final trailer. The nail on our nerdy coffin. If you’ve been following the new magical franchise J.K. Rowling is unveiling (and if you’re not I’m unsure as to why you clicked on this but I respect your curiosity), “Fantastic Beasts and Where to Find Them”, then I probably don’t hate you. And you’d know that they’re going to be a series of three movies written by our girl Jo centering around English wizard, Newt Scamander, who comes to America in the 1920s with, well, you guessed it, fantastic beasts.

This morning the final trailer was released on the Ellen show, and yes. It’s fantastic.

Set your alarm! Tomorrow at 6am the @FantasticBeasts trailer premieres on https://t.co/APojFeehjF — if you’re wondering where to find them.

I’m not one to love add-ons to the classic “Harry Potter” stories (don’t even get me started on “Cursed Child”) buuuuut this looks pretty good. Between the fact that it’s a different story and in a different place, but has some nods to the world we love, it makes for something I might not completely hate. And come on. We all got a little choked up when the theme song played at the end. Admit it.

The first movie is set to be released November 18 of this year and 10/10 I’ll be at the midnight showing dressed up as some magical animal. You say “nerd,” I say “I’m calling dibs on a unicorn, witches.”.