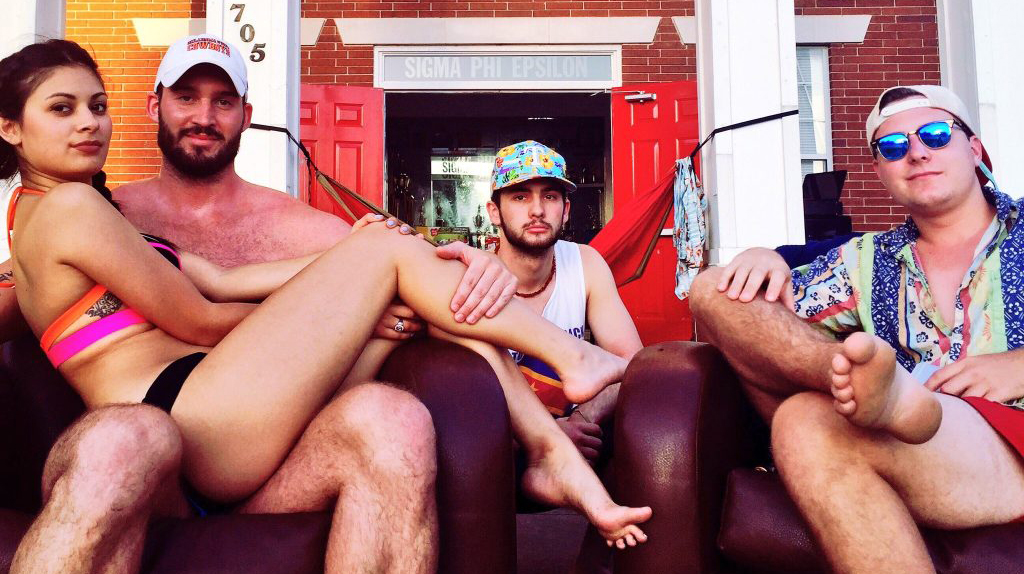 If there’s one thing I’ve learned in the forty-something days since I graduated (ew) it’s that Frat Rats never die.

Yup, I’ll admit it. I was a Frat Rat in college.  Frat Rat was the name and the brothers of SAE were the game. They knew it, my sisters knew it, everyone knew it. See a cute boy at a social? I knew his name, his major, the girls he’s kissed–with my name most likely on the list. Also, I probably did questionable and sometimes illegal things with his big. I don’t regret of a second of the friendships I formed with these boys. Hell, I could even ask their pledges to DD me without even having to bat an eyelash. How could there be any remorse?

Maybe it’s because I sleep in shack shirts with their letters on it more often than not, or maybe it’s cause I still turn on their Spotify playlist whenever I’m handed the aux cord. But all I know is that I still itch for a brother of SAE (and not in like an STD kinda way).

I’m dying for their friendships, and to be back with them.

My friendship with these boys started like any other sorority fairytale – me, as a freshman in a tight crop top, trying to impress these boys by how long I could slap the bag and chug cheap vodka. I would bat my eyelashes at any boy, hoping to try and find Mr. Right, even if it was just for the night. I would ignore a pass from the boy next to me in English class, simply because the letters on his chest didn’t represent Sigma Alpha Epsilon. I would blatantly roll my eyes at a GDI who tried to buy me a drink. I had a type, and that type was SAE.

But before I knew it, things were different. I started getting lunch with these men, organizing mixers, and choosing not to go home with one of them. If I ended up in certain beds, it was legitimately because I didn’t want to walk home in my heels, and I knew I could sleep there worry-free. I had become friends with them for who they were on the inside, and vice versa. I could care less about hooking up with them; they had become less of a hookup scene and more of a go-to shoulder to cry on. They were true friends.

The friendships I formed with these boys is what made my college experience what it was, from a Tuesday study session at the library to a ridiculous Friday night themed party. I could always count of these boys to be the Derek Morgan to my Penelope Garcia, or a platonic Justin Timberlake/Mila Kunis friendship, if need be.

At the end of the day, even though I’m washed up and funemployed, I know that I will always have a place in their hearts… and on top of their bar, free beer in hand..

Though graduated with a BS and not an MS degree, FratRatsNeverDie finds herself still slapping the bag, drunk texting "I love you" to random hookups, and blacking out on a Tuesday while trying to figure out how to "adult." She was sent to Standards so many times that she was nicknamed the "degenerate delegate" and won "Most Likely to Make a Bad Decision Seem like a Good One" at formal. Until she finds herself a husband or a sugar daddy, she spends her time writing on the Internet, sipping LITs at noon, and trying to find her dignity.