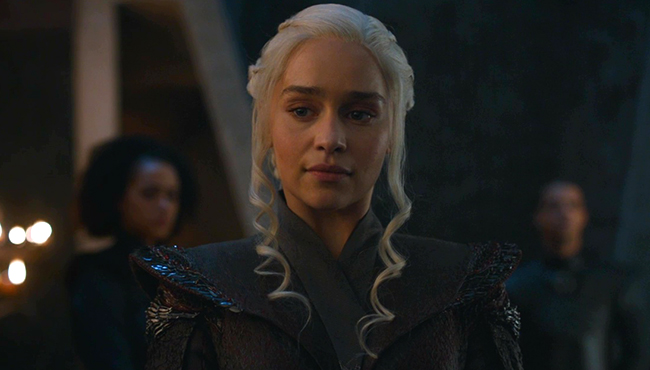 There are plenty of Game of Thrones podcasts out there hosted by total dorks, and we wanted to provide our audience with a more down to earth, cool approach to reliving and recapping the show every week. The vibe is like if you were pregaming at the sorority house, which, uhh, you’re not allowed to do, so instead you pregame at your boyfriend’s frat house, with some dranks to talk about the most recent episode. It’s s’fab.

In today’s podcast, which is available now to subscribers on iTunes (and you can listen below on SoundCloud), we discuss last night’s episode of Game of Thrones — “Stormborn.” One thing no one can say is that this season is lacking in story progression. Pieces were flying all over the board. Things are moving very, very quickly. We recap all of the most important happenings and debate on how what unfolded in this episode will impact the rest of the season.

Check out full video of the podcast below and subscribe to our Grandex Media YouTube page here.