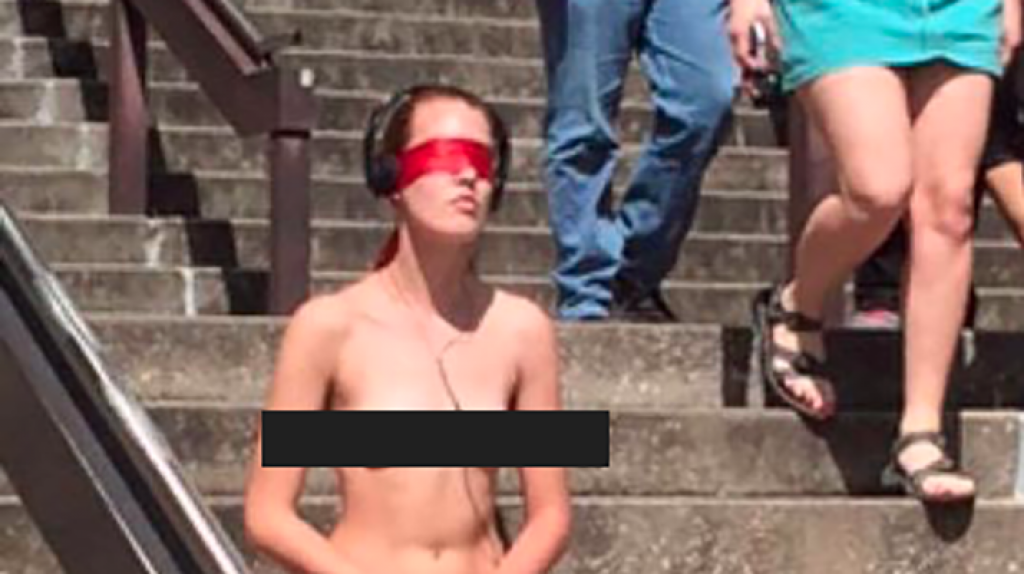 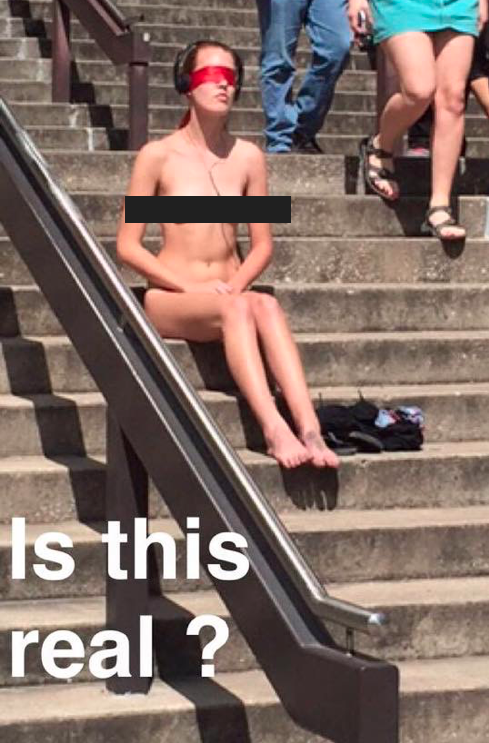 This morning at Texas State, in attempt to raise awareness for God knows what, this girl decided to hang out outside the library in her birthday suit. What could she possibly be attempting to do? I assume it’s only a matter of time until she releases her findings from this strange social experiment. The maybe student, or bored activist set up a camera to record the reactions of her unsuspecting victims. Spoiler alert: everyone was freaked out. It doesn’t take a rocket scientist to know that if you place a naked female body in the middle of a college campus, it’s going to cause a stir. 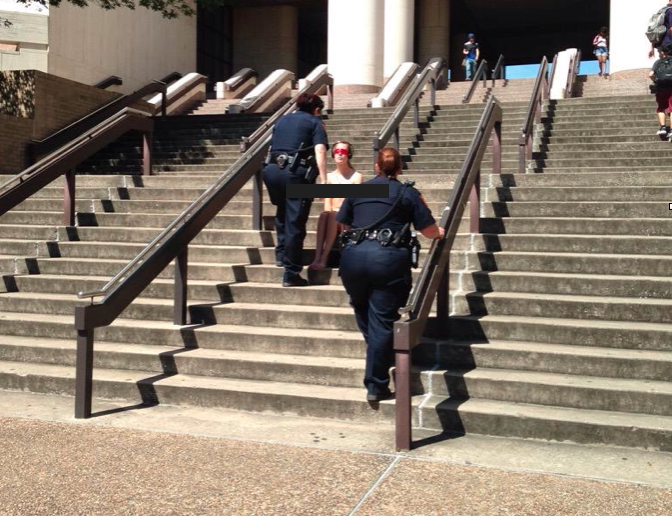 While cops did attempt to remove her, apparently this sort of thing is covered by the First Amendment since her nips were covered in tape. Interesting. Does she even have underwear on?! I’m worried for her sanitary health. College campuses are a nasty place. Tape aside, the only thing left on her body is a pair of cheap-looking Beats knockoffs. I can only assume she’s listening to a band we’ve never heard of yet, consisting solely of tribal chants. Typical.

To think it’s only Monday..