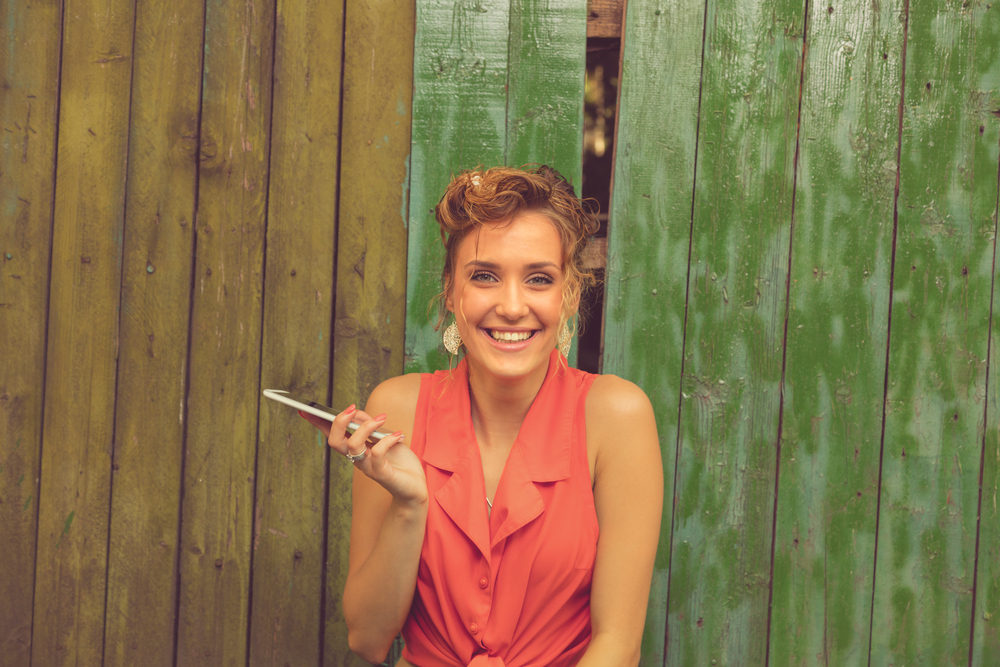 I’ve been saying for quite some time that ghosting is really not that bad. In fact, it’s my preferred method of being dumped by someone who’s not my boyfriend, because it eliminates any awkwardness. If you claim to have a problem with it, you’re not being honest with yourself. Your issue is that you’ve been rejected, not the way in which you’ve been rejected. And if a guy “ghosts” you after a one-night stand, I don’t think you can blame him. Yes, it sucks. But if you sleep with someone before a level of trust, feelings, or expectations have been developed (which is absolutely your right to do — I’ve done it plenty), you can’t expect him to act like they have. No one owes you anything — not a relationship, not a phone call, nothing — when they’ve just met you. Sorry bout it.

However, if you don’t subscribe to my pro-ghost stance, getting ghosted can be a bit of a blow to the ole ego, and can make you get a little bit crazy. Like this girl. 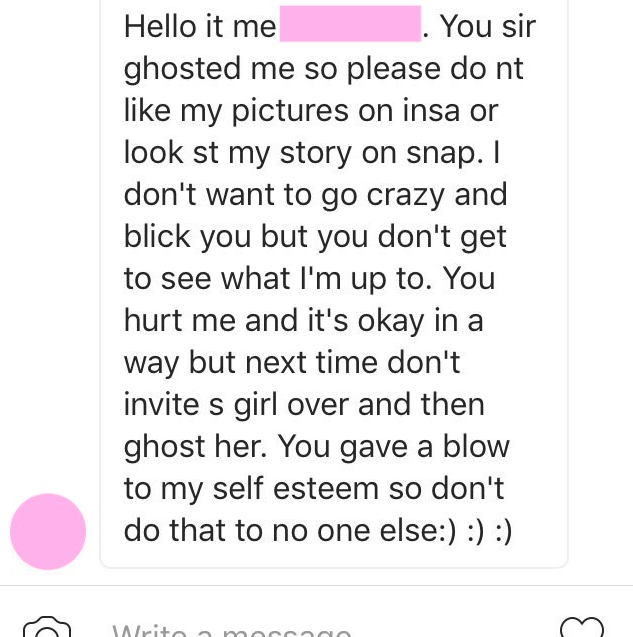 Hello it me [name redacted]. You sir ghosted me so please do nt like my pictures on insa or look st my story on snap. I don’t want to go crazy and blick you but you don’t get to see what I’m up to. You hurt me and it’s okay in a way but next time don’t invite s girl over and then ghost her. You gave a blow to my self esteem so don’t do that to no one else:) 🙂 🙂

On the one hand, I get it. As you’ve mentally determined that a guy liking your photos means he’s in love with you, this can be confusing. But as someone who “doesn’t want to go crazy,” you need to also realize that that determination, in itself, is insane. You need to treat your love life like a game of cards — you never show the fuckboy your hand. He can’t know what you’re feeling. Which means he ABSOLUTELY can not know you gave a fuck that he ghosted you.

Unless you’re trying to test his limits and see how crazy you can go and keep him coming back. In which case, have at it..