“Gossip Girl” Is Back With The Absolute Juiciest Gossip Yet 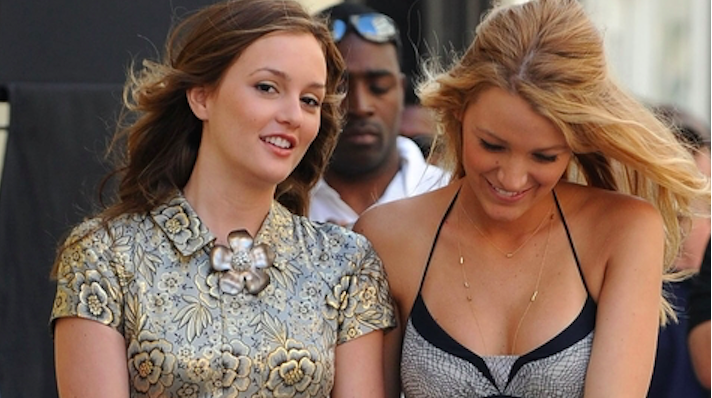 Hey there, Upper East Siders. Gossip Girl here. Missed me? I know you did.

It’s been awhile, I know. But what’s a girl without a little R&R? While I’ve been away — with people you wish you knew and in places that you wish you were — your favorite East Siders have been busy as usual. Did you expect anything less? And while I’d love to say getting out of the city has actually allowed me to relax, you all made sure that was impossible. I’d blame you, but the secrets are just too juicy to keep to myself. Lucky you.

With S working on baby number two with her hunk of a husband, and her mother and Rufus once again appearing to be “off” it’s no surprise that B has fallen to the wayside as usual.

It’s hard to hold on to that crown out of the spotlight, isn’t it B?

Still, just because our queen bees are slowing down with us, it doesn’t mean we’re slowing down with them. I just received a tip so big, I had no choice but to come out of retirement. Again. But this time, it isn’t about Lonely Boy’s hideous hair or Chuck’s never-ending rise to power.

Instead, it’s about me. Bet you didn’t see that one coming.

While I’ve loved the easy life, avoiding the center stage and drama since 2012, I’ve grown bored of being good. Considering who S is married to and the fact that Little J has fallen so far, can you really blame me? Money might make the world go ’round, but gossip makes it worth living, and this drama is just too hard to resist. Besides, a girl can only handle so much “me” time.

It’s come to my attention that the man behind my fame, Josh Schwartz, let spill that the world might not be entirely done with me yet. I’d say I wasn’t expecting this, but I do my best not to lie. Still, if I’ve taught you well you’d know not to just take my word for it. Don’t worry though, it came straight from him — I’m not anything if not full of cold, hard evidence. Spotlight’s on you, Joshy.

And while to less delusional people, that might seem like a “no,” we’re not known for not getting our way. If we want a reboot, how could he say no? Don’t forget who made you famous, Josh. Besides, he did admit that things have changed since I went MIA in 2012. With the world of social media, I would be bigger and more scandalous than ever. As if I haven’t been stalking everyone’s Instagrams this whole time, though. I’ve been gone, not dead. But still, challenge accepted.

As if that dig at my internet skills wasn’t bad enough, he even admitted that maybe you’re all not so different from me after all. And here you were judging me. Don’t cast stones unless your hands aren’t screenshotting Instagrams and throwing them in group chats. Still, it’s nice to see you learned from the best.

The world has become Gossip Girl now. And now literally everyone is Gossip Girl.

Guess we’re not all dumb, sweet Nate Archibalds after all. I’d be offended if I wasn’t so flattered. Still, it’s cute Josh thinks that. And while there is some truth here, there’s nothing quite like the original. Copying is the most sincere form of flattery, but give me a Snapchat and the Find My iPhone app, and I’ll put everyone to shame. Besides, there are some answers only I can give. Will Little J ever get it together? Is S’s happily ever after going to last, or will it crash and burn like always? And what has happened to her friendship with B, now that she’s stolen the crown for so many years?

Will I come back for good, or will Josh let us down once again? Only time will tell. But until then, keep refreshing. You never know what gossip might turn up next.

You know you love me,
XOXO.