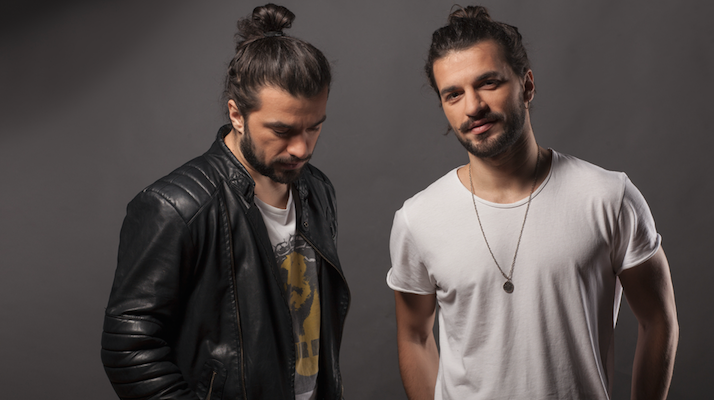 Certain traits in guys are instant panty droppers. Bright blue eyes, biceps you want to swing from like a tree branch, a height that is tall enough that you get a neck cramp if you talk to him too close. All that and a sense of humor or whatever. Those are timeless characteristics that even Marilyn Monroe was trying to lock down in her day. Then of course, are the trends. In middle school, the hot guys were the ones with the swooshy, wind-tunnel, Troy-Bolton-And-Bieber-inspired bowl cut. Every time they shook their bangs out of their face, it shook every brace-faced girls’ world. When the trend ended and the guys’ hair shortened, I longed for longer hair.

Then, a few years ago, my wishes were granted tenfold when society came out with the man bun. I was in heaven. A good man bun turn a 6 to a sexy mofo. A man bun and a beard? FORGET IT. Done deal. I was lost in a sea of hair. I don’t know what made every guy decide that they were going to commit to growing their hair out for years all at once, but I was absolutely bout it bout it. Sadly, everyone got over the man bun. Except for me. And I’m worried that I’ll never be over it.

I can track the obsession back to my youth, when I was introduced to arguably the most bangable cartoon character of all time, Li Shang.

If, for a moment, you can look past his perfectly sculpted muscles, can you notice something else striking about him? A man bun. Of course, his is more of a cultural style than a trend, but it is equally mesmerizing. It could just be a coincidence, however, seeing as I was an impressionable young child, I doubt it.

The man bun takes on a life of its own. It becomes more than just a hairstyle, it’s a statement. I dated a man bun, and a majority of my friends didn’t know his name. He was just Man Bun. The first time I saw him I said to my friend “your friend with the man bun is cute.” Without it, he was just some guy. Something about the man bun was special, I just can’t run my fingers through it. I mean, can’t put my finger on it.

It’s become my M.O.. My signature. You know when your friends try to set you up with guys they know based on their level of compatibility with you? Well, my friends eyeball whether a guy’s hair is long enough to be potentially pulled back and to them it’s a match made in heaven. What sucks is it usually is. He doesn’t even have to have it pulled back, he just has to have Tarzan-like tendrils and I am there. It’s like a beard, it can make a guy instantly hotter. Only thing is, everyone will hop on the Scruff Express, but as soon as a guy needs to borrow a hair tie, that one-way train to Poundtown is derailed.

I’m not calling myself a hero, but maybe I’m doing the world a great service by sharing my affection for the bold, the bunned, and the beautiful. Everyone deserves love, even the ones who haven’t gotten a haircut since they discovered lacrosse and Natty Light in high school. It’s not just about the bun, it’s what’s underneath it. A brain that thought of growing a bun.

But in the end, I think I’d rather have a guy with a job, and I’m pretty sure the two are mutually exclusive..