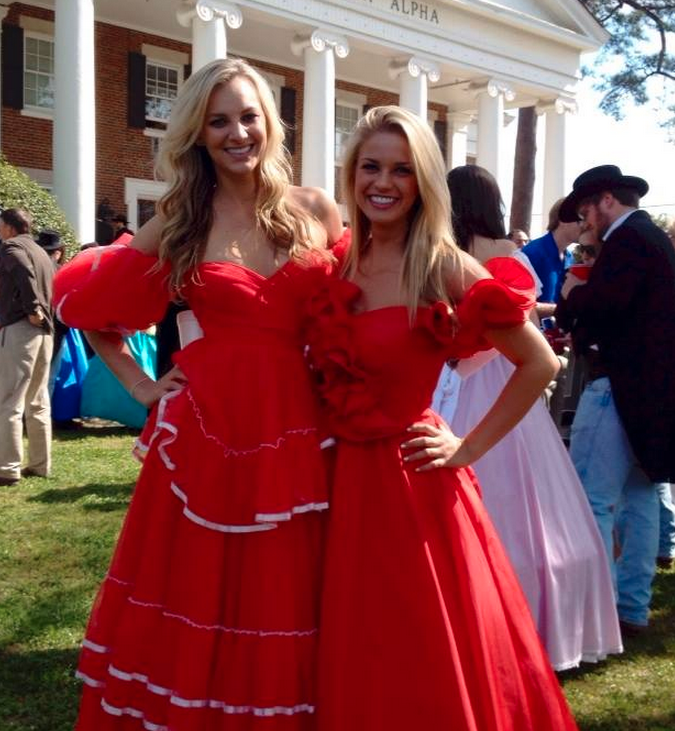 I’m going to be honest with you, I’ve never had any desire to go to Old South. With the exception of a funny picture of me passed out drunk in a hoop skirt, there is little appeal to me in that type of event. Don’t get me wrong, I love theme parties, but — and call me old-fashioned — I prefer to be as close to naked as possible when I’m dressing up for a theme, and a hoop skirt just doesn’t make that possible.

Regardless, I can understand why it could be fun. It’s all about tradition, and for people without a crippling deficit in functional relationships, the chivalry of it all is probably exciting. But alas, the University of Georgia is seemingly attempting to put an end to Kappa Alpha’s Old South and Sigma Alpha Epsilon’s Magnolia Ball, citing racism. Wearing uniforms modeled after Confederate soldiers was banned for men several years ago, and now the hoop skirts worn by women have also been deemed inappropriate by the university.

People are pissed. One conservative blog claims officials are “actively working to culturally cleanse Southern culture from the UGA,” and makes a jab at the irony in it being perfectly acceptable for a young woman to wear a bikini to an event, while the giant, conservative dresses of yesteryear are deemed inappropriate.

I’m not going to discuss whether symbols of the Confederacy are or are not offensive, because while most people believe they undeniably are, many people will argue until their deaths that they aren’t and it’s unlikely that anyone’s mind will change on the matter. The question becomes, though, whether or not hoop skirts are actually symbols of the Confederacy, or if they’re merely just the typical garb worn during a period in our country’s history most of us try to forget. I’d have to argue the latter. The Confederate flag? Sure, I get it. The uniforms? I get that too. But a dress is just a dress, and there’s nothing offensive about it.

Much to people’s dismay, though, you can’t blame the administration on this one, as it was the students who actually decided the clothing was not appropriate. In an email sent out to UGA’s NPC and IFC:

“The student leadership, staff and advisors agree that Antebellum hoop skirts are not appropriate in the context of some events. We will continue to review costuming and themes for future events to ensure their appropriateness for our organizations.”

UGA’s VP of Student Affairs Victor Wilson told the school’s student newspaper he and his administration “applaud [their] students for being courageous and making a tough call.”

Whether or not you think the whole thing is another attack by the PC police or you think the costuming was an act of racism in itself is irrelevant. This was the smart decision. As Greeks (and this country’s number one scapegoat), we can’t make decisions based on how we think society should be, we need to make decisions based on how things are. Currently, society is hating on Greeks pretty hard, often on the basis of racism as of late, and we need to be proactive in showing them it’s just a few bad eggs getting a lot of negative attention for us all. If that means making it so they have nothing left to say about us in order to protect our community, then I say do it..