How The Daughter Of A Clown Feels About “It” 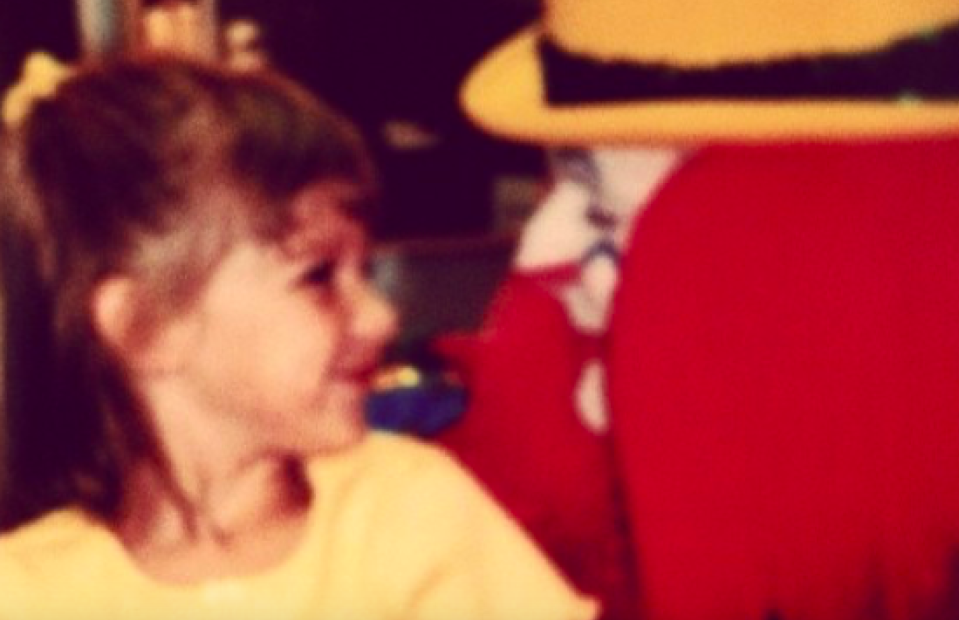 My dad is my favorite person in the world. I could literally start sobbing just thinking about how much I love him. He’s thoughtful, funny, and dedicated. He’s a role model, a friend, and a mentor. And among everything else I admire about him, he is a graduate from Ringling Bros. and Barnum & Bailey’s Clown College. It’s a real thing. Well, it was. Before it closed in 1997, clown college was totally legit. Steve O went there, my dad went there. It was a highly acclaimed facility. Statistically speaking, it was harder to get into than Harvard. He was a clown, but he is also my dad. And all of this killer clown bullshit is a direct attack on not only my beloved father, but all of his clown friends who I grew up around.

Clowns are so pure. All they want is to entertain people and bring joy into their lives. Kids and adults alike can enjoy the sheer humor and athleticism that goes into slapstick comedy. It’s the perfect entertainment that brings the whole family together. So WHO is trying to tear America’s families apart with this It movie?! The original was made before I was born, so I’ll let it slide. I stayed quiet when all of those unruly teens were running around with masks and knives. If that’s what makes them temporarily forget about the crippling pressures of high school, then whatever. We’ve all been there. It’s a rough time. But Stephen King knew EXACTLY what he was doing when he made this remake. He was preying on the sensationalized media coverage of the clown sightings. He fed off of the fear of the public to make a profit. At least American Horror Story is being upfront about playing into people’s fears! Plus, I love that show and Evan Peters could do no wrong, so they are dismissed.

What I hear about the movie, because I obviously did not support it in theaters, is that it’s more about the kids than the clown. If that’s true, then why can’t I name a single kid in the movie? It is about the clown, asshats. The clown that kills kids. With my very limited knowledge of Stephen King, I’m sure there are metaphors and hidden meanings and blah blah blah. But the last thing I read was my own Twitter feed, so I can’t really speak to his literary abilities. HOWEVER, that does not mean that I can’t make broad, sweeping assumptions and accusations that whoever was involved with the production with this movie is responsible for the desecration of arts and culture.

The circus was shut down. You know that right? No more circuses. No more grandparents can try to relate to their grandchildren by taking them to go see America’s favorite oddballs wear giant shoes and ride tiny bikes. The government will say it’s because they were committing horrid atrocities towards the animals that were performing, but there is no way that is true. Well it is, but since when does anyone truly give a fuck about animals? They took away the elephants and everyone stopped going, as if that’s what people were dying to see. The world’s most boring animals. Great, elephants, you have large facial features! Cool! Why don’t you slowly meander your wrinkly asses to the side while the REAL performers light each other on fire and throw pies on each other to put it out? They don’t have any jobs anymore. What, are the clowns now going to take their talents to LA and try out the movie business? Unlikely!! You all have destroyed the lives of men and women who dedicated their lives to make us happy. And this is how we repay these heroes?

What we have to remember here is that these clowns are real people. I know this because I have met them. They have been to my house. They have commented on Facebook posts my dad tags me in. Behind the makeup and the wigs, they are humans with thoughts and feelings. They have to opportunity to walk among us sans costume and feel safe, but once they suit up, they are scoured at. The public looks upon them with disdain. But they put on their shoes one foot at a time, just like us. The only difference is their shoes are comically large.

So no, I’m not going to see It, nor will I feed into the sensationalized media that clowns are evil. This isn’t just about my dad. He has long since hung up his unicycle, gone back to school, and has a different career path. This is about all the clowns: past, present, and future. We owe them the chance to make us laugh again. If you happen to see a clown on the street or driving an impossibly small car, all you need to do is smile at them. I can promise they will smile back. Because it’s painted permanently on their face..