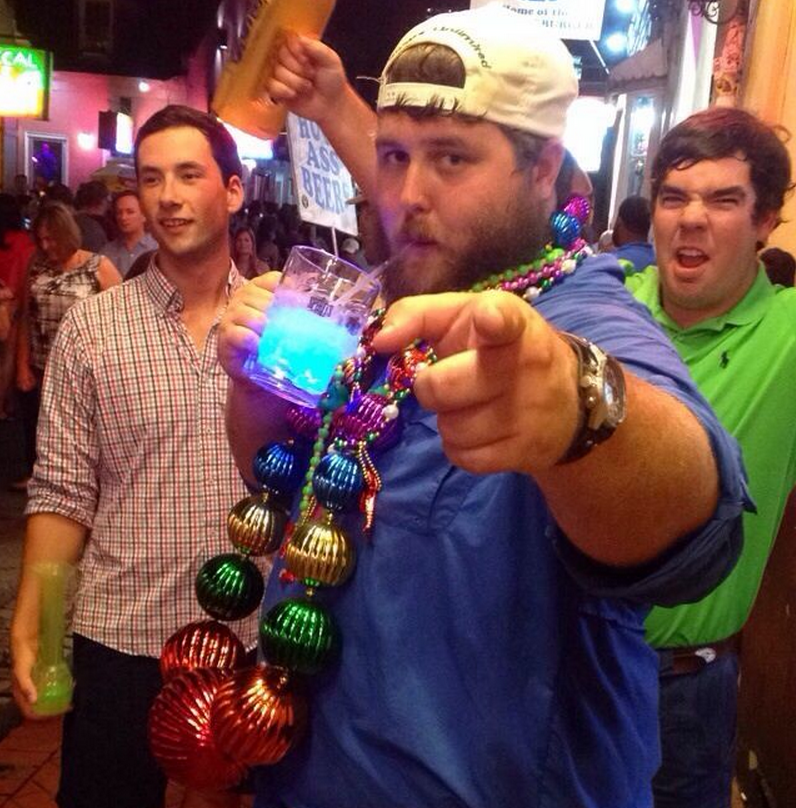 In June, I was faced with one of the most disconcerting things that can happen to a slightly insecure college girl: my boyfriend graduated. His time in undergrad at our beautiful university was over, and I was TERRIFIED. Absolutely terrified. What if he, as an alumnus, outgrew me? Or what if he decided to pretend he was still in college and that he would never grow up? What if he moved away for work? What if he never got a job? There were a thousand what ifs running through my head all the time. The dreaded day approached–he finished his classes and received his degree. Don’t get me wrong, I was ECSTATIC. The look of pride on his face when he showed me that degree filled my body with more warmth than a double shot of Fireball, but I was still terrified that things were about to change irreversibly. That time, even though it was only a matter of months ago, seems like a lifetime ago now. Things have changed, yeah, but we’ve rolled with the punches and I’ve learned a few lessons about how to keep my relationship going, even when it feels like everything is changing.

1. Let him be a guy.
He graduated, honey. He’s not dead. Even big-time college grads need to go out and have a few drinks. Chances are, he’s more stressed now than he was in college, so give him a break and let him go out with the guys. Just because he’s at a bar, it does NOT mean he’s going to meet the postgrad girl of his dreams and drop you for her. Plus, he’ll think you’re the chillest girl ever for not complaining about his boys’ nights.

2. STOP FREAKING OUT.
There’s nothing LESS attractive than a girl who is constantly freaking out about her relationship. Relax. There’s a good chance he’s not looking to replace you, leave you, or whatever. Calm your tits, have a drink, and stop giving yourself worry lines over nothing.

3. Let him chase his dreams.
This one might be a little harder, because his dreams could end up with him 500 miles away in some town in the middle of nowhere called Justice, W. Va., doing God knows what. But he went to school for four or five years to get a degree in a field that he loves, and if his dream sends him to Justice or some other town, let him go. Don’t beg him to stay, because if he does, there’s always the possibility that he’s going to resent you for it later on.

4. Buuuuuuuuuut don’t expect him to get his dream job right away.
No one finds his or her dream job right out of college. Just because he’s got a degree, it doesn’t mean he has the experience or connections to get where he needs to go…yet. He’ll get there. Just because he’s got a day job, it doesn’t mean that he’s not going to find the job he’s always wanted. Be patient, and be patient with him. It’s not always going to be easy on him not having THE job right after college, but if you keep believing in him, then he will, too.

5. Don’t expect a ring.
For some reason, most girls expect a pretty diamond ring when he graduates. Well, stop. Stop trying to make him grow up too soon. Stop trying to make yourself grow up too soon. I’m not saying that there’s anything wrong with being engaged in college, but there’s certainly nothing wrong with NOT being engaged in college–even if he already graduated. Don’t force these huge life moments, because when he actually DOES give you the ring, it’ll be a bigger surprise and even better than you ever imagined it would be.

6. Keep moving forward.
Yeah, he graduated, but you’re still in school! Make the most of your last couple years instead of trying to grow up to keep up with him. Chances are, he’ll appreciate you for keeping him young. Keep doing you, boo. Go out with your friends. Dance on the bar. Just because you’re in a relationship, it doesn’t mean you have to be boring. Don’t become a housewife when you’re only a junior in college. It’s still okay for you to go out on girls’ nights. It’s okay for the two of you to do stupid, childish things together. My boyfriend and I tend to turn every time we walk up the stairs in our house into a race. It’s the little things that keep us laughing that will eventually keep us together, no matter what we face. You don’t have to grow up, become some boring company executive who wears pantsuits and sensible shoes, you just have to keep growing and moving forward. As long as you do that, he’s not going to get bored and you’re not going to have the desire to smother him for holding in your inner party animal. You’ll BOTH survive that weird, postgrad-dating-an-undergrad phase. I promise.