How To Get Instagram Likes If You’re Not That Hot 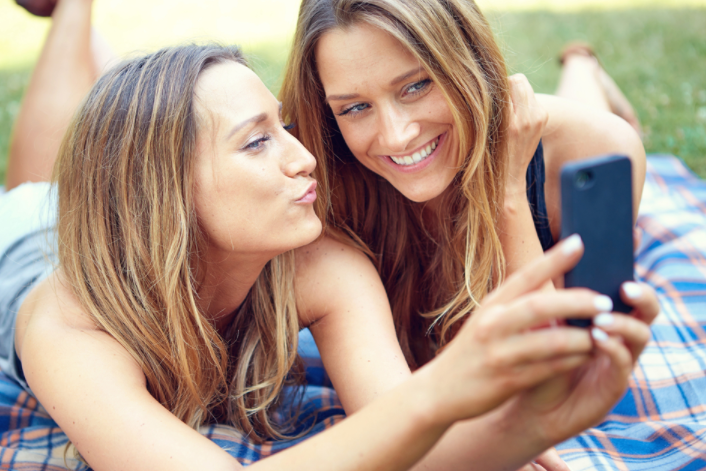 Being a lady in today’s society ain’t easy. Between the need to be “thicc” but not too “thicc,” unique but not too unique and have the contour skills of Kim, waking up and existing isn’t what it used to be. Add on to that the need to rake in Instagram followers and likes like it’s our job, and it’s a wonder we’re all still sane. Well, sort of sane.

Still, I totally get it. I get it so much, that I’ve developed a few foolproof methods to getting Instagram likes. The best part? I’m not even that pretty. I’m normal girl pretty. I’m the pretty that like, when I try somewhat hard I can look decent but most of the time I just look like a pudgy German boy. So, if you’re in the same not-pretty-enough-to-post-pictures-in-your-underwear-and-get-a-modeling-deal boat, I can help. Here are a few ways to get people to notice your social media and forget the fact that you’d be the best friend in a romcom and not the leading lady.

The easiest and best way to get Instagram likes is to be funny. No, that doesn’t mean you have a zillion cringe-inducing puns in your captions. It means actually being funny. Posting pictures that are pretty but still make fun of yourself. Having captions that are smart, witty, and clever. Giving people a reason to visit your profile that doesn’t involve your rockin’ bod. It’s been the default for girls who aren’t total babes for generations. If you can make them laugh, you can make them forget that you’ve never had, nor plan to have a thigh gap.

Filter The Shit Out Of Everything

It’s an age-old motto. If it’s not a good picture, just filter the fuck out of it. This used to mean putting everything in Lo-Fi and hoping for the best. Now it means opening the picture in 17 editing apps and lightening it to the point that it’s almost too bright to see. If it has zero shadows and is mostly just a white square, people will double tap it. That’s just science.

One of the best ways to make people forget that you’re not hot enough to start promoting detox tea on your account is to just not post pictures of yourself. Flatlays are all the rage, and if you put your gross ass retainer on a marble backdrop, it’s bound to get hella likes (except don’t do that because that’s actually a good idea, and I kind of want to post it). Get a white fluffy piece of fabric, buy weird shit off of Amazon, and do a casual photo shoot. Take a picture of your feet in the grass, if you’re feeling wild. Just like when sending nudes, don’t show your face and you’ll be fine.

One of the best parts about social media is that you can get famous for nothing. Are you a POS who has zero education and went on Dr. Phil? A million followers. Do you have a lifestyle blog and a Canon T5i? A million followers. Have you ever been in a Sephora? A million followers. You don’t need to be stick skinny or perfectly curvy. Just get someone to take a million pictures of you, post an inspirational caption about how you love yourself, and let everyone comment saying that you’re beautiful, just the way you are.

Buuuut, in case you want a little help, the final step towards making people forget that you’re not that hot is, of course, FaceTune. While the real you is beautiful and blah blah blah, I’m no stranger to smoothing the legs and reshaping my body to the point that it’s unrecognizable. When people see me in person now, they usually think I got stung by a shitton of bees and am completely swollen. They think this because I tell them this, but still. You don’t need FaceTune. No one needs FaceTune. But if you want to be a clichéd hot girl without putting in the work or being graced with perfect genetics, then the smoothing, reshaping, and whitening tools are your friends.