How To Look Perfect In Photos In 6 Easy Ways 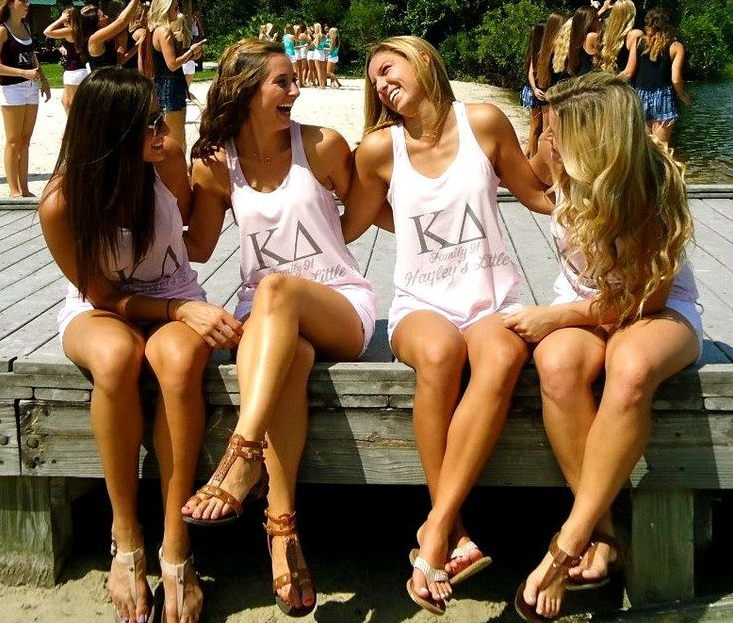 I’ve never been very photogenic. I’ve kept this a secret by just avoiding cameras at all costs. (Hint: every group of girls always wants someone to TAKE the picture, ding ding.) But we’ve come to a point in society where we can no longer hide. What used to be polaroid and disposable camera pictures have turned into Facebook profile pictures, Instagram posts, and selfies. While I thought my high school friends were bad–especially toward the end of senior year, when everything was our “last” chance–I didn’t know the first thing about taking pictures until I joined a sorority.

From Bid Day freshman year to our final farewell bar crawl (literally, we were crawling) senior year, I can’t even fathom how many pictures have been taken of me. A solid portion of these are embarrassing, blackmail pictures that are locked in the GroupMe vault forever (until my wedding, when I’m embarrassed by my friends and my groom runs away horrified) but the majority have made it to Facebook, Instagram, Snapchat, Twitter, and God knows what else. Joining Greek life makes you learn that everyone else is just as creepy on Facebook as you are, and people will stalk pictures of you just like you stalk pictures of them. It only takes one lazy eye, chubby arm, or double chin to ruin a picture, and you learn very quickly that when you’re surrounded by beautifully groomed women, you need to step up your game and look nice, whether you actually do or not. Here are some helpful hints for those who dread the camera as much as I do.

The Skinny Arm
The skinny arm requires putting your hand on the top of your hip to create the delusion that you have a very skinny, toned arm, without having to do an actual push up. Magic.

The Sorority Squat
Okay, this one actually hurts. The sorority squat was invented because we have too many friends (and frenemies) to fit in one row for a picture. We make rows when we pose in the sorority squat position, and the unlucky few on the bottom have to have their quads burn as they squat with their hands on their knees while the bitch in the back whines, “pleeeeease one more,” as muscles you didn’t know you had cry for mercy.

Suck In
This is pretty self-explanatory. However, even though we only used to worry about sucking in while wearing a bathing suit, it helps to suck in while wearing bar clothes, too, because bar clothes are REALLY tight these days. I mean, it feels like you might as well be wearing a bathing suit. The last thing you need is an extra roll anywhere but on your plate in your two-sizes-too-small formal dress.

Have A “Good Side”
“Wait, can we switch? This is my good side.” I’m still not even quite sure what this means, especially when I’m drunk and I assume every side is my good side. Girls have created the idea that they have a good side that is more flattering in pictures, whether it’s because of the part in their hair, the shape of their eyebrow, or not having a lazy eye featured. Regardless, this one still remains up for question, because, like, aren’t our faces symmetrical?

The Fake Laugh
You know those pictures where girls face each other in a playful way, completely oblivious that there’s a camera as they throw their head back and laugh at a hysterical joke one of them told? No. It was actually them telling the person taking the picture to wait a minute as they both look at each other and go, “okay, start laughing.” They both get award for a minute, then they actually start laughing because of how awkward it is to pretend to laugh. Boom. The pretend laugh is a real laugh, and that’s how you get a staged laughing picture. These pictures are worthy of sorority postcards, and they look great to anyone who didn’t have to witness the awkward, painful, fake giggling it took to get there.

The Power Point
Once girls become juniors and seniors and feel like they are dominant to do so, their drunk alter egos may throw out the power point in pictures. The power point, in its essence, involves pointing directly at the camera with a serious face, quite like Uncle Sam’s famous cartoon. But unlike Uncle Sam, this type of power point screams, “I want YOU to like my cliché Instagram!” Guilty as charged–I pulled it out a few times senior year, because you feel pretty badass when you do it. I’ll give you a bit of advice, though: DON’T smile. You defeat the purpose. It’s sexy to look serious, too, ladies.

No one can quite figure out how huggy_hahn managed to make it into a sorority: she prefers lax pinney's and boat shoes to ribbons and pearls. When she doesn't have one arm glued to the bar on Nickel Night she can be found watching her Huskies win dual National Championships. G&T and keep em comin'.