How To Spot A F*ckboy 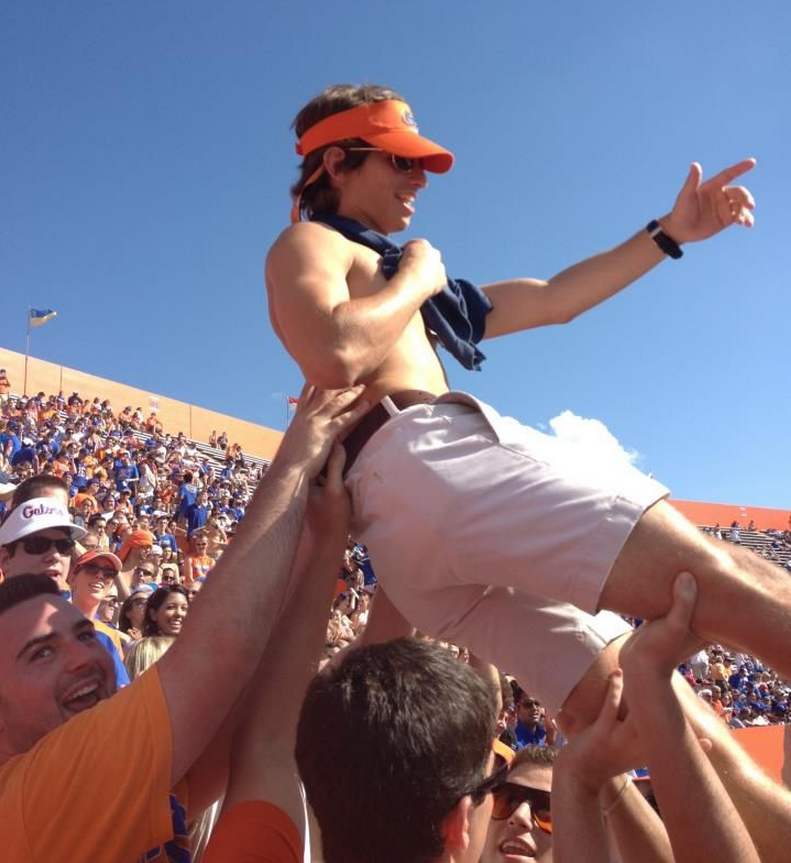 The word “fuckboy,” sometimes spelled “fuckboi” or “fckboy,” is one of those slang words the kids are throwing around these days, like “on fleek” or that weird trend of teenagers calling celebrities mom and dad. When I first heard the word, I was unsure of what it exactly being a fuckboy meant. Is it a guy who’s good in bed? Is it a bad boy? Am I dating a fuckboy?

The longer this word has been around, the more I realized that there isn’t one definition for a fuckboy. Being a fuckboy can mean many different things, but they’re pretty much all bad. It’s someone who is disingenuous, manipulating, shady. Someone who cheated on you or someone who is just an asshole. It’s like that vague law on obscenity: you know it when you see it. If you think you know a fuckboy, he’ll probably have some of these traits.

A fuckboy is going to make you like him, whether you want to or not. He has that perfect smile, chiseled jaw, and he does that thing where he talks really close to your face and it makes you nervous so you look down and smile and he says “Am I making you nervous?” and you feel like fainting.

He knows exactly what he’s doing, and he knows exactly what to say. Sounds perfect, right? Except he does this to literally every girl. You turn your back for one second, or you go to refill your drink, and as you’re searching for him while thinking of what you’ll name your kids, you see him talking to someone else. Fuckboy material for sure.

Think of Aaron Samuels. Drop dead gorgeous, but overall, pretty clueless. He might seem like he has it all, but if you take away his good looks and charm, he’s kind of a loser. Probably a psychology major, but skips class to go golfing, which is why he says his grades are so mediocre. The harsh reality is that his grades would be mediocre whether he went to class or not.

This kind of guy texts you semi-regularly, he notices the little things that other guys tend to miss, and he seems to be genuinely interested in you. But when things get serious and you actually start to fall for him, he completely does a 180 and acts like you’re the one who saw things that weren’t there.

He might seem like a nice guy, but in reality he only uses nice guy techniques to create his fuckboy persona. He might’ve been a real nice guy before some girl screwed him over, but now he has a “nice guys finish last” mentality that makes him a douchebag who knows how to hide it.

4. He Puts In Little Effort

At first, you might think this isn’t true. He comes on strong and shows interest to fool you initially, but then as time goes on, his true fuckboyness is exposed. He might text you often, but he never suggests going out on a date or meeting up anywhere other than a party. He doesn’t want to meet your friends. He only asks you to hang out on his terms, and if for someone reason you can’t go, he’s suddenly has no interest in you. He only wants a hookup, and gives some bullshit reason as to why he doesn’t want to be in a relationship. He only puts in enough effort to get you into bed with him, which leads to the next fuckboy trait.

He absolutely does not care if you get off. In fact, the thought of pleasing you never even crosses his mind. He’s the guy who “doesn’t give head,” because it doesn’t benefit him. He’ll jack-hammer you for approximately seven minutes without looking into your eyes even once. He’s always on top, and the only other position he likes is doggy style. He’s an egotistical prick who probably gets off while looking at himself in the mirror.

These are a few traits of the modern fuckboy, but there are definitely more. The thing to remember about fuckboys is that they can’t be trusted. They are boys pretending to be men who say and do whatever to get what they want. Fuckboys never grow up and they never change, no matter how bad you want them to. It’s best to just avoid them altogether, because if there’s one thing that all fuckboys have in common, it’s this: