I Like Girls And Yes, Every Straight Girl, You Are My Type 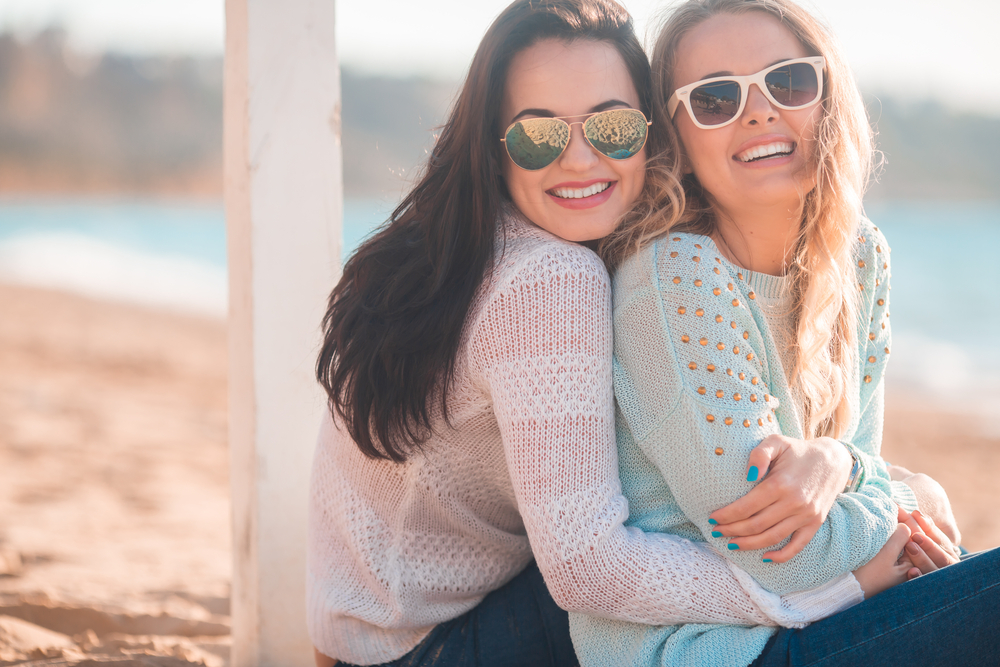 Girls and guys are both fantastic in their own way. Guys have muscles and beards, and girls have pretty hair and have great fashion sense (no ironic frat dude mullets or socks and sandals). They’re both fun to make out with, but one is more fun to go shopping with. They’re both nice to go on dates with, but one of them is socially obligated to pay for everything. So although I have been with men most of my life, I do like girls. Which means, yes, I have a big ~lesbian~ crush on you.

Alright, so we’ve already covered the FAQs: do you scissor? (constantly), have you always liked girls? (no, I just ate a bad burrito a few weeks back), do you *actually* go down on girls? (more often than I breathe). I love questions. That’s how we learn about each other. But there’s nothing that proves to me more that you are tolerant and understanding of my sexuality than you asking me if I would fuck you or not. Because OBVIOUSLY I WOULD!!!! That’s what it means when I say I like girls. I mean you and especially you. Just like you check that all of your guy friends would fuck you if given the chance, it makes sense that you are just making sure that I find you attractive. It’s what every friendship needs: the power dynamic involved when one person is hopelessly in love with the other one. And trust me, I am head over heels.

It’s also just like how you like guys. Every single one of them. All of them. Every guy you make eye contact with, you want to just jump his bones. It’s exactly like that. Every girl that walks the Earth is one that I wanna put my face all up on. Why else do you think I joined a sorority?? It is fundamentally the gayest organization that exists. It’s inherent homosexuality immediately drew me in. Flirting with girls during recruitment, having sleepovers and getting ready for formals together, getting wine drunk and snuggling, posting pictures of us hugging and kissing each other on the cheek. It’s SO. GAY. And I have been sitting back and waiting for a girl to wonder if maybe the reason they chose their little is because they wanna make out with her a little bit. That’s when I will shine. That’s when I can spread the lesbian agenda to an estrogen-fueled group of young women.

What’s even trickier is I blend in perfectly. I am a wolf in sheep’s clothing. Or, more accurately, a half lesbian in straight’s clothing. No one suspects that I have any shred of queerness in me because I look like a straight, sound like a straight, and even talk like a straight. One second I’ll be talking about hot guys, and the next I’ll be talking about the hike I went on with my girlfriend last weekend. It’s so devious. I can compliment your shoes, talk in detail about makeup, all while scheming to turn you to the dark side. All of my genuine-sounding remarks are actually me just trying to touch your boobs. I just can’t help myself!