I Used A Dating App To Try To Find Friends 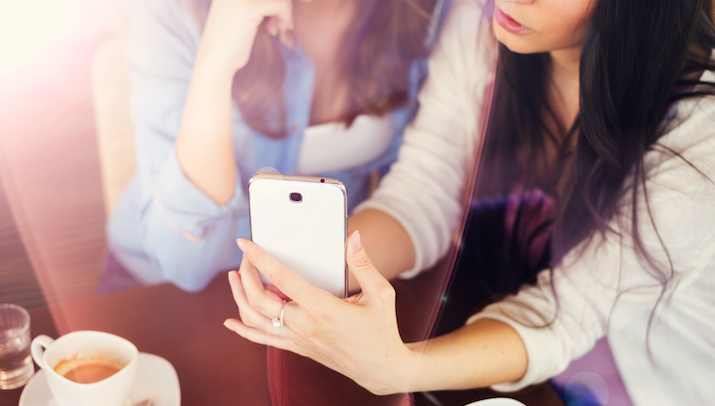 As someone who’s currently in a long-term relationship, I – for better or for worse – mostly missed the age of app dating. Sure, Tinder was around two and a half years ago, but it wasn’t the necessity it is today. I had the app but never met anyone from it. Instead, it was mostly a form of entertainment for me to judge random strangers, get an ego boost from a match, or take screenshots of the worst of the worst to send to my best friends to mock relentlessly. After that, I’d close the app, and hit the bars in an attempt to find real-life human males outside of my smartphone screen.

Today, things are obviously different. Not only is there Tinder, but there’s also Bumble, Hinge, the League, JSwipe, Farmer’s Only – no matter what you’re interested in, believe me, there’s an app for that. What there isn’t a swipe app for is for individuals in relationships – more often than once, I’ve bemoaned the fact that there isn’t a single app out there for me to download and judge random strangers just for the hell of it. It’s 2016 and you’re still wearing Birkenstocks? Puh-lease. These people deserve the wrath of Internet strangers. Since I love the format but can’t use it to find love, I was thrilled when Bumble announced their new BFF program. Finally, app dating was now available for friendship, and I had to try it out.

Bumble BFF is designed for ladies of any relationship status to meet friends in the same swipe-friendly format that we all know and love. As someone who recently moved states for school, this was something I decided I had to have to try just in case making friends in the Junior League turned out to be an epic failure. For the first time since getting into a relationship over two and a half years ago, I downloaded an iPhone dating app. Let me tell you, it felt as weird as it sounds.

Those of you who are familiar with Bumble probably know the drill, but for those of you like me, I have the rundown for you. Once you connect with Facebook, you run into an intro screen from Bumble telling you how app dating works. While I originally panicked at this – what if I had done something wrong and showed up on everyone’s match screens??? – I noticed a tiny link at the bottom of the page for those not looking for men. I paused – does this mean it would connect me with women? That was absolutely not what I was looking for either, but after I let my heart rate get sufficiently high, I clicked the link and thankfully was redirected to the BFF feature.

Once in, you’re redirected to a friendly BFF welcome screen, assuring you once again that you won’t run into anyone you know who will end up thinking you’re a big, fat cheater. I could only hope this was true, and I advanced to set up my profile.

Next, you get sent to a settings screen where you go to set up your profile and indicate what you’re looking for. In case you were wondering, this looks exactly like your standard app dating.

This is where I started to feel uncomfortable in the process. Sure, I could say that I wanted a six-foot-two ex-football player boyfriend with beautiful blue eyes that he could inevitably pass onto my future children, but when it comes to friends, how am I supposed to say how close they should live to me or how old they should be? Many of my closest friends live hours away and have a wide range of ages, but for the sake of continuing, I selected what felt like reasonable criteria and continued.

As soon as I did, I was met with my first potential match. Here was Heather, a 27-year-old girl who looked friendly enough. When I was left deciding whether I should swipe left or right, I found myself stalling. Is Heather someone I could potentially be friends with? I know what she does for work, but will she look through all seventeen of my mirror selfies to tell me which dress doesn’t work for me? Will she judge me when I order a whole pitcher of margaritas, or will she hold my hair back when I inevitably down the whole thing? Will we text each other live updates from “The Bachelor” and “Grey’s Anatomy” every week, or will we just make awkward small talk and pretend like this app meet-up isn’t the most awkward thing to ever happen? As all of these questions ran through my head, I panicked. This was too big of a commitment to make, and I just swiped left on impulse.

Apparently Bumble BFF hasn’t quite caught on in my area yet as Heather was my only potential match, but that was just fine with me. I breathed a sigh of relief and deleted the app immediately. While I’m all about making new friends, I don’t think I can get behind using an app to do it. App dating works because so much of a relationship is based on physical attraction, and apps like Bumble take the awkwardness out of having to run away from the creepy guy who just won’t take a hint. When it comes to friends, however, things couldn’t be more different. How could I possibly tell if I’m friendship-compatible with someone based on her haircut or her smile? I haven’t felt comfortable judging other women like this since my recruitment days, and I was honestly hoping those were far behind me. Compatibility with a best friend isn’t something that can be measured just from a profile picture – it can only be measured by the number of bottles of wine you drink together and 3 A.M. texts.

At the end of the day, I don’t think I’ll be turning to swipe apps for friendship purposes again. Instead, I’ll stick with meeting my next best friend the traditional, American way – drunk in a bar bathroom..