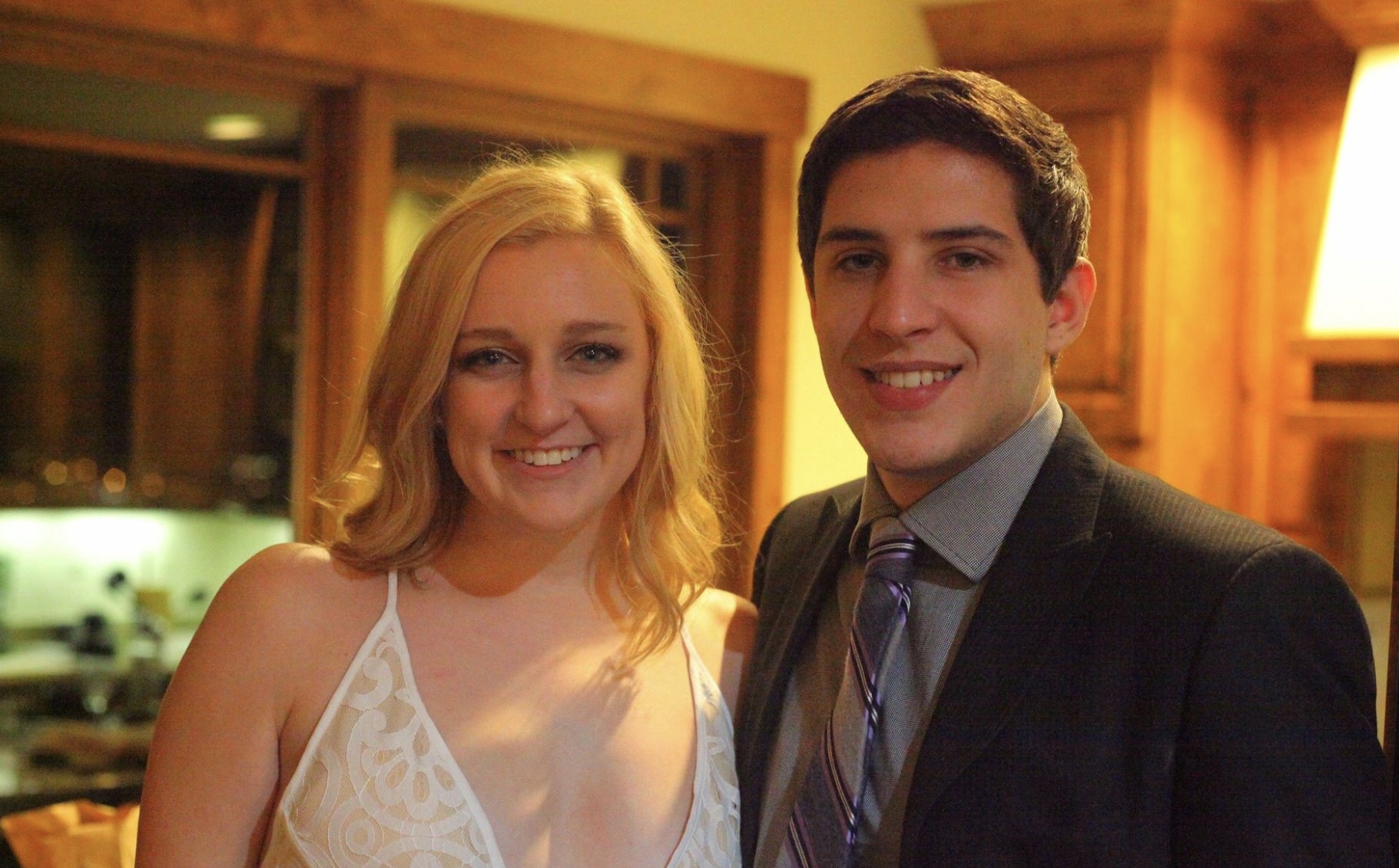 I am a journalist with integrity. I strive the give the people what they want. As long as what the people want are dick jokes. So when the people asked for more details about Intern Wes, for some reason, I couldn’t refuse. Just like any journalist would do, I bravely accepted an invite to be Wes’s date to his last formal, because no one else would, and I will now share with you the details of the weekend.

Since the formal was held in Colorado, our first stop was the marijuana dispensary. I was asked for my ID four separate times, and originally I thought it was because it was a New Jersey license, but it was probably the neurotic look that was plastered on my face. I still can’t figure out what pot looks like, because the symbol is a leaf but I’ve only seen nugs in real life, so it is apparent I had no reason being in there. A guy about my age approached me and started asking me about what kind of pain I wanted to relieve, and I just started laughing. He saw me walk in with a bunch of frat guys, so the idea that I was there for any remotely medicinal reason was comical. What pain was I trying to relieve? I don’t know, the pain of being alive? There were so many different types of lotions and gummies and flavors that I got too overwhelmed and left.

We finally got to the condos that night and OH MY GOD it was fucking beautiful. Our room was huge and even had a balcony that overlooked the town and mountains. You see, we don’t have mountains where I come from, so between the view and the altitude sickness, I was feeling on top of the world. We were excited to hit the hot tubs as soon as we could, so we threw on bathing suits and went outside in the snow with a few others only to find that the hot tub was more of a lukewarm tub. Refusing to accept defeat, I remembered we had a jacuzzi tub in our room. The four of us ran upstairs and broke that baby in. I poured a bunch of shampoo in to make it bubbly, and we all had some weed cola that Wes had bought at the dispensary. Just four friends taking a bath together. I wasn’t feeling it until the other guy in the tub reminded us that someone had to build the house that we were in, and I thought about that for at least 20 minutes. Then he talked about how if we traveled through time we might not end up in the same place because of the Earth’s rotation, and I just about had a brain aneurysm.

After we dried off, we checked out what was going on downstairs, which was pretty much a bunch of people throwing up while the rest danced around them. Before we knew it, it was well past Wes’s bedtime, so we went to sleep. I was just drifting off when I heard the door open and two girls and a guy come into our room and lock themselves in our closet. I peaked over the pillow barrier I had built between Wes and I and told him to investigate. He brushed it off and told me to go back to sleep. At first, it was easy to pretend they weren’t there because they were being quiet. Then I heard moaning. And then suddenly a sharp whimper. Holy shit there was a threesome happening in our closet. After a few minutes of uncomfortable groaning, one of the girls got fed up and left, leaving the closet door wide open, unbeknownst to the other two visitors. The other two continued to fornicate at full volume until they were done and crept out of our room. I didn’t sleep that night.

On the second day, Wes put weed lotion on his nipples and he refused to get off of the floor, so I just left him there until dinner.

That night, we got to the restaurant, and Wes was almost fully recovered from his day of literally laying low. I went to go sit down and he grabbed the chair and looked at me with disgust.

“What the fuck are you doing? We’re not newlyweds. Sit across from me, not next to me.”

It was clear that Wes was being a little grumpypuss, but once he found out that there was an unlimited salad bar. As it turns out, his second favorite food is salad. I tried to engage him in conversation and ask him what his favorite food was. It was stuffing. So boring. I told him my favorite food was french fries, and he scoffed.

“That’s not even in my top five favorite ways to eat potatoes,” he said before rattling at least seven ways you could eat potatoes before getting to french fries, while specifying that they have to be straight fries because curly fries are for trash people. Then, for the rest of the dinner, he loudly told us stories about all of the things that he had done for his chapter during his reign as president.

“I designed every single shirt that we made this past year. I got connections to the company. They offered me a job to be a graphic designer, but I turned them down. I don’t get out of bed for less than half a mil.”

“I started this water conservation project in our house that has been hella tight. I lived in Europe for a while and they don’t use there so I took all of the ice out of the house. Once you get used to it, ice water just tastes unclassy.”

“I went early alum because I needed to humble myself. Too many fake friends.”

Wes disappeared when we got back to the condos. I just changed out of my dress and heels, the best part of any night out, and suddenly the new president rushed up to me with urgent news that I was needed in the living room. My only thought was Jesus H. Wes must have put too much weed lotion on his nipples and now he’s hallucinating. When I got to the living room, all the lights were off except for one spotlight on a chair that I was told to sit in. My mind went blank as “Pony” by Genuwine started shaking the whole place. Out from the darkness steps Wes in a full purple velour pimp suit, cane and all. Apparently, it’s tradition in their fraternity for the outgoing president to perform a striptease at formal, and it was. Something. I didn’t sleep that night either.

Overall, it was amazing. There was beautiful scenery, awesome people, and Wes only cried for three hours when I had to leave. I’d call it a success..