I Will Literally Never Read My Drunk Texts In The Morning 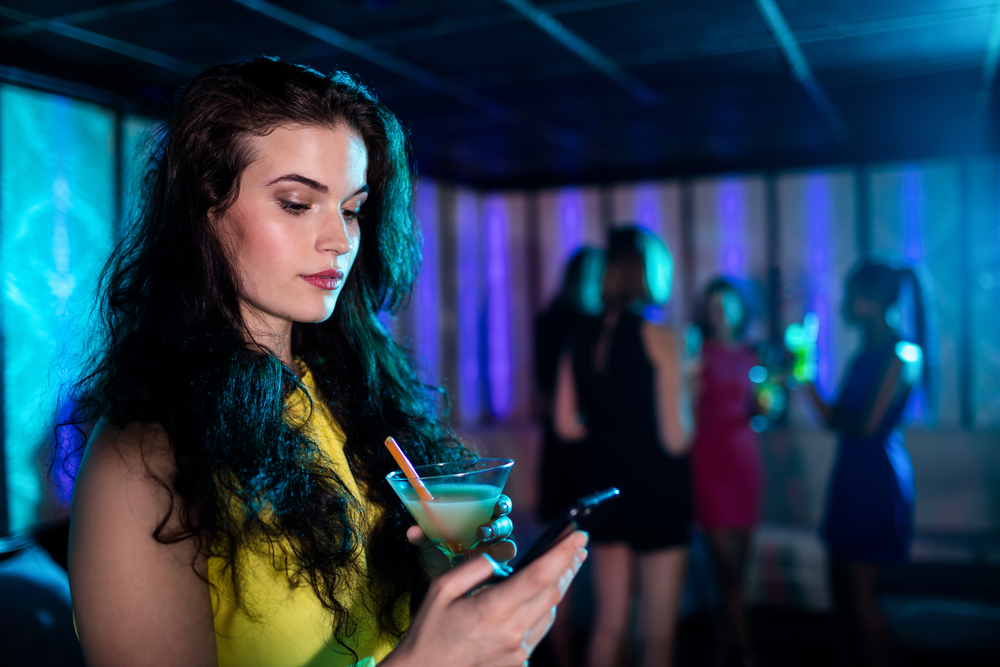 Eyes closed, I reached over to my nightstand and grabbed around for two things: the water I promised myself to leave out for hungover me (though drunk me only had a 50% follow through rate on this) and my phone. It was 6:27am, which meant I had both the pleasure and misfortune of being the first person awake this morning. I quickly scanned my social media, deleted a snap from my story, and decided that “I want a sandwich,” while the dumbest tweet I’ve ever sent, was not embarrassing enough to remove from my timeline. I refreshed Instagram three separate times, hoping someone would post some fresh content. They didn’t, of course, as it was a sub-optimal posting time, and suddenly I realized, I’d been squinting through one eye this whole time.

The real question, however, was just how happy had my typing fingers gotten the night before.

As a chronic drunk texter, I’d been down this road before. I’d wake up in the morning and see I’d contacted no fewer than three former lovers with something along the lines of “I dork even car ab our Michelle. Comb overrrrrrr.” And if that text goes unanswered, as often it does at 3am when gentleman callers have either taken other lovers or fallen asleep, I’d continue. And I normally hit three steps before calling it quits. 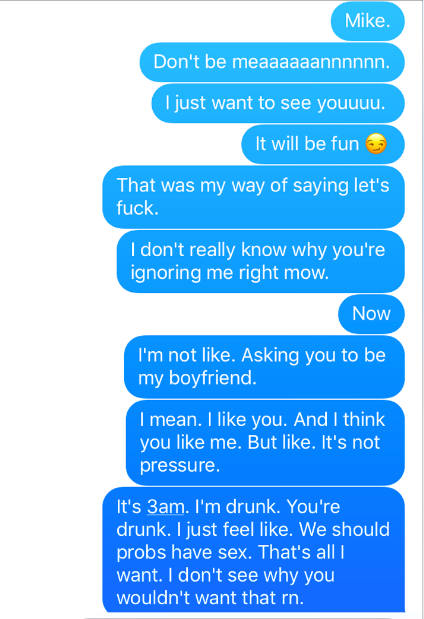 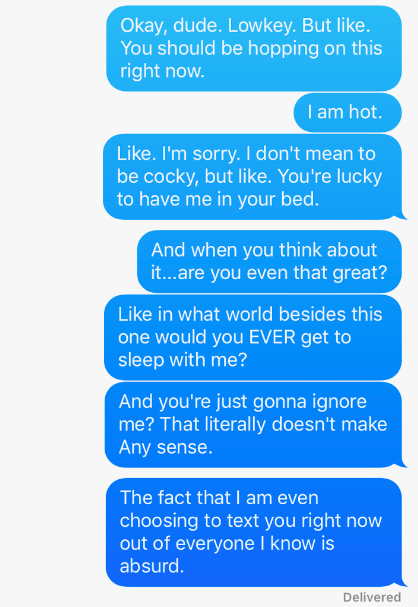 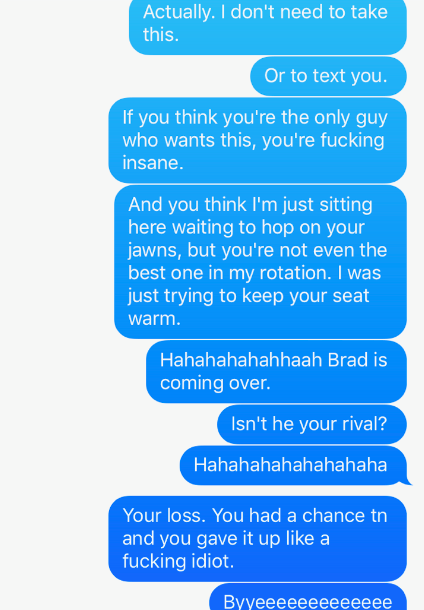 Is Brad real or is he a last-ditch effort to get Mike to change his mind and decide now that I’ve told him I have an entire roster of dick running through this, he should want me more? Does it even matter? In either case, this is a pathetic sea of blue that will live on for all eternity. The next time Mike and I interact, this is what he’ll see. My humiliation will live on forever, or at least for as long as Mike and I have exchanged enough text messages, that you can no longer see the pages of text sent exclusively by me.

And so, I only have a number of options. The first, and best, is to remove the hinges from the door to Mike’s home, sneak in unbeknownst to him, use his thumbprint to break into his phone whilst he sleeps, open his text messages, and delete every single incriminating message before he wakes. However, the legality and logistics of this might make it an impossibility.

The second is to wake up in the morning, read through every single terrible text I sent, ignite a panic attack, tell my friends about it and ask for advice, while simultaneously not sending them screenshots, because I’m too embarrassed of the damage I’ve done, and eventually begin adding more blue to the screen when I start apologizing. This is what most people might consider the realistic option. The right answer, if you will. Acknowledge your mistakes, and just try to move on from them.

The third option, and the one I will absolutely choose ten times out of ten is to see the thousands of words I typed the night before, close my eyes, and just delete the whole conversation. For a moment, I might regret it. I might be dying to know what I’ve said. Maybe it wasn’t as bad as I think? But honestly, have you ever woken up from a blackout and come to realize you’d actually made good decisions the night before? Were you ever awoken in the morning surrounded by the kale chips you’d snacked on? No, of course not.

Frankly, blacking out is your brain’s way of saying “these memories aren’t meant for you.” Texts live on past your black out, and serve only to derail the hard work your brain is doing to protect you by way of suppressing these memories. So you must delete the messages before ever knowing what they say — and delete, don’t just choose not to read, because you don’t want to go back on your decision. Those messages must die where they were born — in blackout city — never to be seen by you in the light of day, ever.

It’s a hot take, but I firmly believe that anyone who reads through their texts in the morning is not only a masochist, but a fucking jackass. Just live your life. They will never bring it up. But at least if they do, you can honestly say that you don’t know what they’re talking about..