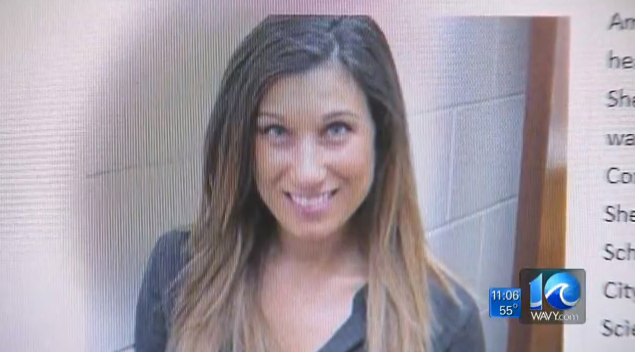 Hi guys, welcome to 2014, where, apparently, there are still bigoted idiots running rampant through the streets. We dealt with Alabama’s sororities refusing to offer black women bids, a racist snapchat from a Chi Omega chapter, and a student at a Virginia college who put discriminatory signs on water fountains in a dorm. We talked about how it’s not cool to be racist this long after the civil rights movement. We denounced the actions, and we even suspended or expelled the perpetrators. But apparently we still haven’t gotten it through our heads that it’s not okay to be racist, to say racist things online, or to, in this case, retweet racist things online.

Amy Strickland, an assistant principal at Booker T. Washington High School in Norfolk, Va., retweeted a picture of several white girls in prom dresses, each accompanied by a black male in a tux. Typical prom poses, nothing raunchy or inappropriate. However, the caption on the picture was, “Every white girl’s father’s worst nightmare Or Nah?” Excuse me? What? How in the hell is that a nightmare exactly?

Apparently, this is what several black students were wondering themselves when they saw the retweet. A group of 10 or 15 students staged a walkout protest around noon on Monday, assembling in the front of the school building. Junior Michael LeMelle said, “I could have been any one of the boys in the picture. And I really don’t see myself, like I said earlier, as anyone’s worst nightmare.” Whether or not Strickland meant the tweet to be offensive, she is a school administrator and therefore has to be careful with what she posts online. “Those comments should really be kept to herself,” LeMelle said. The students are asking for some kind of action by the school board, which has stated it’s launching an investigation.

Honestly, I’m disgusted. As a public school administrator, you’re taught to keep your mind open and to have respect for your students and the diversity of your school. Retweeting things like that, in a place where students can see it, is both careless and offensive. As a girl who is in an interracial relationship, I find it hard to picture my sweet, loving boyfriend as a nightmare for anyone. In fact, my father likes him more than all of my ex-boyfriends combined.

Racism, whether as a joke or in earnest, has no place in America in 2014, and it certainly should have no place in the mind of a high school administrator. Grow up, America. For all of our sakes, grow up. .