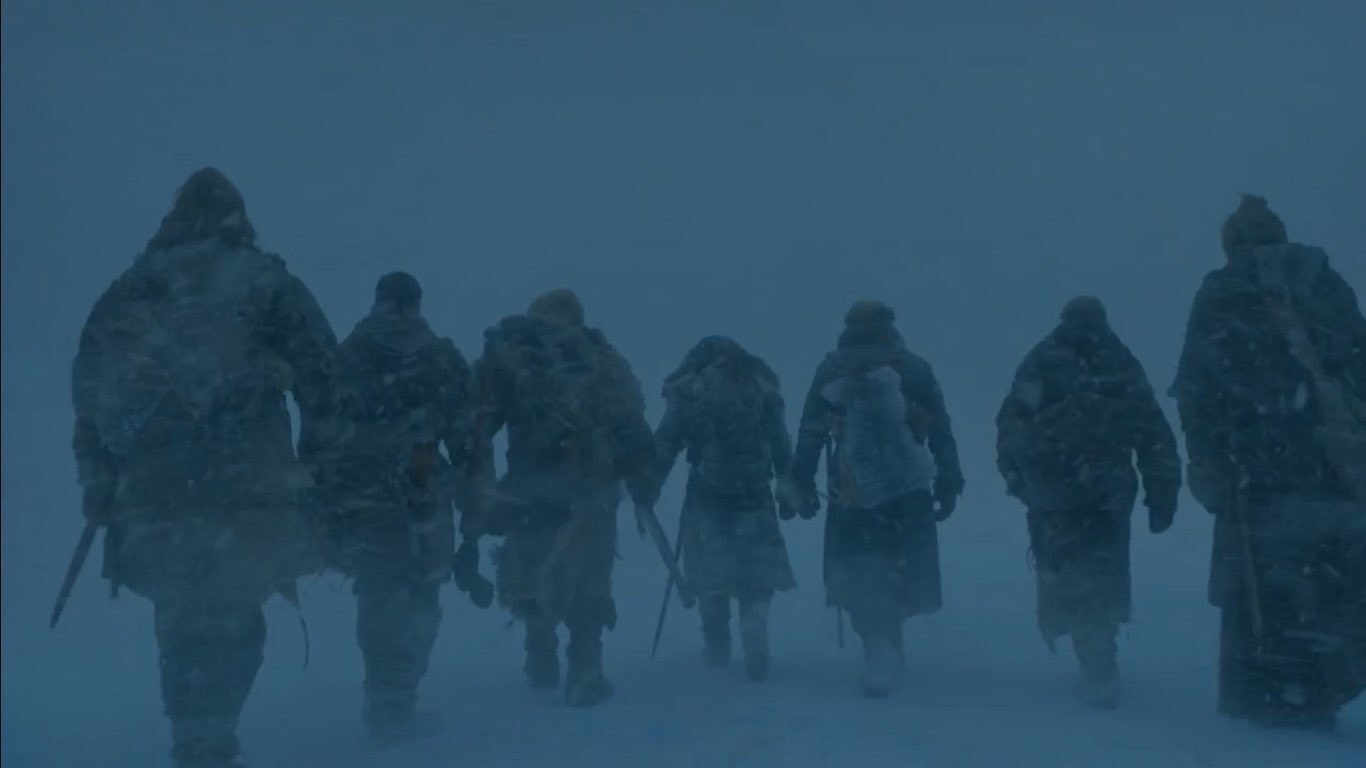 Starting with the most obvious, Jon and Kim are both ~the star,~ but have also both managed not to be the crowd favorite of their crews. The raven-haired beauties have both proven to be a little bit boring in the whole “personality” department. Regardless, they’ll both forever be respected as an integral part of their respective operations, whether that’s destroying the White Walkers/saving the realm/being King of the North, or destroying Taylor Swift/saving pop culture/being the Queen of Social Media, because, frankly, none of this would have happened without them.

Sometimes you forget Kris is “part” of the Kardashians, as she is really just the puppeteer, but frankly, like Thoros, we need her to keep the party going. Thoros and Kris are less important to us, the consumer, but in terms of their stories? They’re both the ones who bring the magic that make shit happen. Thoros brought some people back to life. Kris brought the Kardashians to life — literally and metaphorically.

On a related note, Beric and Kylie are Thoros and Kris’s current priority projects, clearly. Thoros has put a ton of stock into saving Beric’s life 500 times, and Kylie is the Karjenner making headlines literally every other day with a new lip kit every hour, and her new show, The Life of Kylie. They’re not the most important players overall, but they’re the players our showrunners are putting their effort into, at least for now.

A little bigger than the others, and a lot funnier than the other ones, Khloe and Tormund are the clear picks for your number one favorite, always. And if you have another favorite, you’re honestly just wrong. Sorry about it. These two will always lighten the mood, and call everyone else out on their shit, because that’s just who tf they are. And we thank them for it.

Two beautiful people who take themselves way too fucking seriously. Also, both the favorites of Barrett Dudley, cohost of Oysters, Clams, and Cockles, the greatest Game of Thrones podcast in the realm, and noted person who is wrong when it comes to picking squad favorites. You might like Jorah, because he’s “noble” and you might like Kendall because she’s “real,” but frankly, both of them seem like a drag to fucking hang out with, and they don’t quite fit in with the rest of their party rock crews. No thank you.

The Hound is kind of an asshole. Kourtney is kind of a bitch. For some reason, this is the reason we like both of them so much. They’re no-nonsense, and don’t ever really sugarcoat the truth. They’ll call you out without much regard for anyone else’s feelings, in a way that can be so shocking you can’t help but laugh. As a bystander — as a person involved in the situation, they are intimidating AF. But they’re…probably good people underneath it all? We think?

They both sat a few seasons out, and we borderline forgot about them. Like seriously, I thought Rob was dead for awhile. Nothing keeps either of these two relevant except for their last names, which in both the Game of Thrones and the E! Network is actually a pretty big deal. But now that they’re back, I am absolutely HERE for the drama they’ve already started to bring..