I’m Kind Of Into “The Handmaid’s Tale” Life TBH 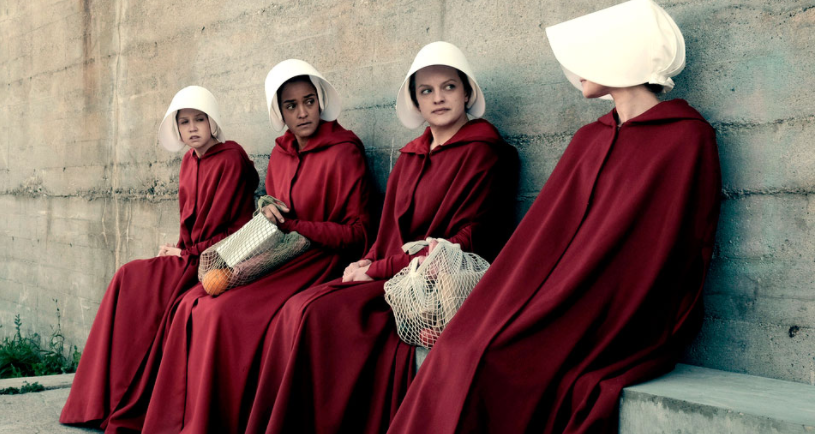 If you haven’t been living under a rock, you’ve most likely been tuning into The Handmaid’s Tale every Wednesday on Hulu. In this dystopian version of America, Offred is a handmaid to a prestigious family where her job is to bear children for the Commander and his wife. It’s her duty to bear children in order to solve the world’s newest problem: infertility.

I’m really into this show, but maybe not for the reasons you might think. While for many people, this show highlights the dangers of government regulation into women’s reproductive issues and religious liberties, for me, it emphasizes the life that could be. You see, as a new graduate, I’m constantly worried about everything from finding a job to how I’m going to pay down my credit card bill to deferring six figures’ worth of student loan payments. Add on top of that the pressure to find a husband and settle down, and it’s almost too much to bear. Thankfully, The Handmaid’s Tale presents an alternate future for me where all of my financial problems are taken care of, and I can live in peace while being taken care of by a rich, attractive man who I can still sleep with but am encouraged to avoid any commitment to whatsoever. Honestly, this world sounds like heaven.

I know, if you’ve seen the show, you’re probably thinking I’m off-base here, but hear me out. Yes, Offred is miserable in her life and wants nothing more than to escape the Commander and get back to a world of independent women, but honestly, her attitude sucks. Of course she’s going to hate her life when she spends every second complaining about it! Offered, wake up. All of your worldly problems are taken care of. You get to be a housewife without ever having to be married, which has been my life goal for as long as I can remember. You get to spend your free time in what is essentially an adult sorority of other handmaids, offering you all of the social benefits of remaining single while still getting to go home to your own mansion every night.

Let’s move onto her sex life for a minute. In no way is Offred showing up to Thanksgiving with her grandmother nagging her about why she doesn’t have a husband yet. Instead, Offred gets to – actually, is required to – hook up with the hot, married, and unavailable man who lives in her house. Not only does this sound great as-is, but she’s actually celebrated for it. Obviously the pressure to settle down is completely removed, and if monthly hookups with the Commander weren’t already enough, Offred also gets to hook up with her equally hot sidepiece whenever she wants.

Of course, the entire goal of all of this for Offred is to get knocked up. Currently, pregnancy is a nightmare. We do everything we can to prevent it, and then once it happens, our lives are changed forever. Not only are we financially responsible for this creature which is enough to ruin our lives as is, but your entire life recenters around taking care of a screaming infant. Not so much in The Handmaid’s Tale – Offred is encouraged and required to have unprotected sex (which tbh is way better anyway) with no negative consequences. If she does get knocked up, she’s celebrated and treated like a queen until childbirth. Once she has the child, it’s given away to her Commander’s wife – that’s right, she gets nine months of straight up pampering and doesn’t even have to deal with the hold afterward, all while everyone assures her she basically just saved the world.

It’s beyond clear that Offred is nothing more than a whiny little bitch because honestly this is my ultimate dream scenario. You literally get to be a sexually liberated version of Betty Draper without the cheating husband and childcare but with all of the comforts of extreme wealth. Offred, it’s time for you to woman up and stop complaining so much. If the next four episodes don’t end up with Offred realizing that every waking moment is another woman’s fantasy, I’m going to be so disappointed. Until then, I’m going to keep watching in jealousy, because Offred’s life is the most accurate depiction of goals that I’ve ever seen..