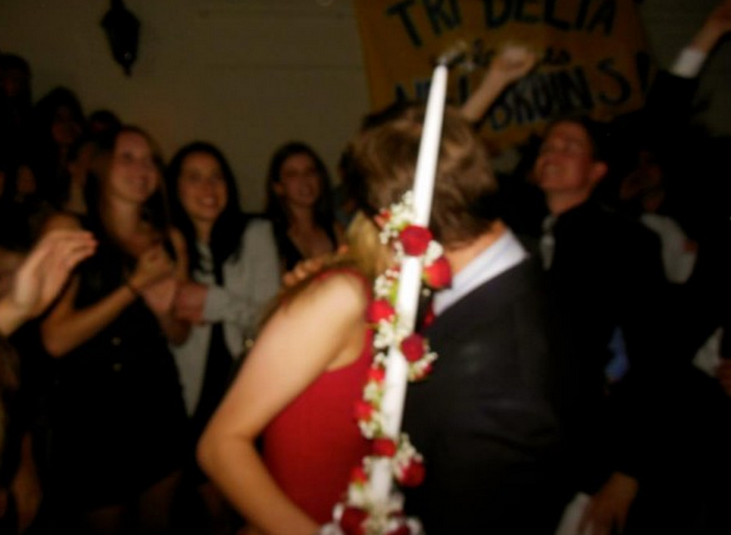 There’s a stigma attached to the “crazy” girl in this day and age, and we all know exactly what that entails. This girl is single and has a detailed, public wedding board. This girl thoroughly Facebook stalks every guy who says “good morning” to her, and then she also searches his LinkedIn, his Twitter, and Zillows his house for estimated value. This girl sends pictures of her dream engagement ring to the guy she’s only been on one date with. This girl says things like “when we get married” about the guy she’s known for ten days. I’m here to tell you that this girl isn’t crazy. This girl is smarter than each and every single one of you.

First of all, this girl knows exactly what she wants. How many girls do you know that can say that? If you’ve ever tried to pick a restaurant for dinner with another female, you know that the answer to this question is probably pretty close to zero. By telling a guy on the first date the year she wants to get married and how many kids she wants to have by age 32, she isn’t crazy. She’s smart and knows better than to waste her time on a dead end.

You might argue that this lady would drive away every man with her “crazy talk.” Well, let’s look at her alternative. Say this woman (let’s call her “Sarah”) really, really wants to get married and start a family. This is all Sarah has ever wanted. In kindergarten, she told her teacher that her dream job was to be a good mommy. She took home ec classes. She picked a career where she could work from home so that she could spend as much time with her kids as she wanted. Sarah, however, has been shamed by the world, and knows that she needs to keep her mouth shut if she ever wants a relationship to succeed. Sarah meets a man and she goes on date after date with him, never bringing up the future for fear of being called crazy. She develops really strong feelings for this man, and they continue dating. After what is considered an “appropriate” amount of time (let’s say nine months to a year), she finally works up the courage to talk to this guy about their future. Of course, this talk could go really well and everything could be fine. On the other hand, this talk could go very, very poorly.

Sarah could find out that the man she’s been seeing has no intentions of settling down anytime soon. She could find out that he never wants to get married or have kids. Heck, she could even find out that he wants all of those things, just with the other girl he’s been seeing because they never had the talk about exclusivity. And instead of just saying, “nice to meet you,” and walking out of the restaurant, like she could have on the first date, Sarah is now emotionally invested in this relationship. She loves this man, she really does, and now she’s torn between having everything she’s ever wanted and losing the man that she loves. Now, if only there were a way this could be prevented….

You see, being “crazy” actually translates to a woman defining her expectations. In no other aspect of life is defining your expectations considered to be a bad thing. When you’re interviewing for a new job, for example, both you and your interviewer go over the expectations required from this commitment. Your potential boss expects you to be a good public speaker with attention to detail who promises to show up on time. You expect this company to pay you a decent salary and give you the opportunities to advance. You communicate these items to each other immediately so that, if one party doesn’t fit the other party’s criteria, you can part ways immediately with no hard feelings. Why should this be any other way in dating?

There are lots of things that could make a person of either gender “crazy,” but defining your expectations at the beginning of what could be a relationship is not one of them. Honesty is the basis of trust, which is what all strong relationships are built on, and hiding your intentions is nothing less than dishonest. Ladies, it’s time get over this fear of being called “crazy.” Tell the guy you like that you want to be exclusive with him. Tell him that you have ambitious career goals and that you don’t want kids until you’re 35, or not at all. Tell him that you want to be married by no less than age 26. Tell him that if he proposes, you want a two carat round stone in a Yurman cable setting because you don’t want to spend the next 50 years looking at something you think is atrocious and would otherwise mock in your group text. Stop being afraid of being called crazy and start being afraid of not being honest. The worst thing that can happen to you when you’re “crazy” is that you scare away a guy who didn’t want to commit to the things that you want, which is actually a great thing for you. If you’re not honest, however, you could end up like Sarah, with either a broken heart or broken dreams. Be honest with yourself and be honest with who you want to date, and when you are, the right man will respect you and love you even more for it. Trust me..