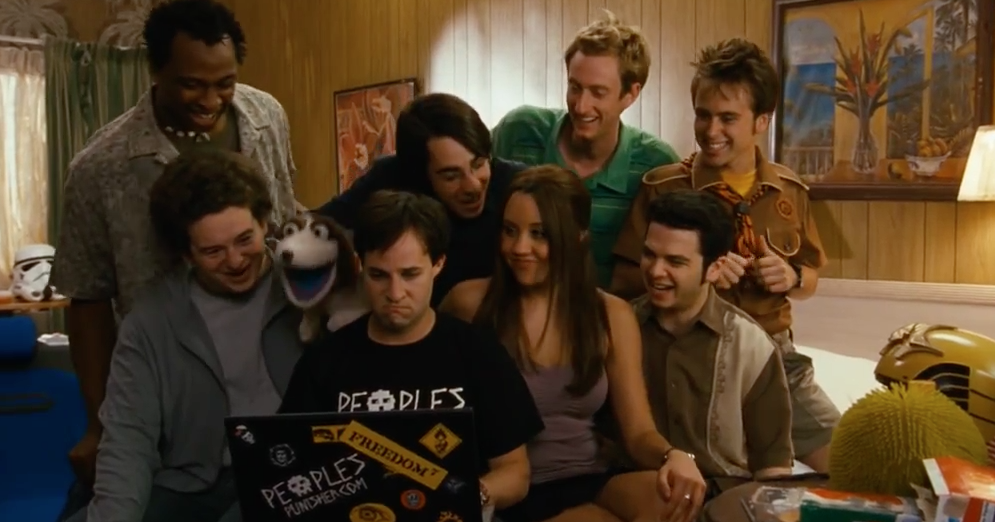 It was just a normal Tuesday night when I decided to go to a frat party with my friend, who was in a different sorority. Their sorority, along with mine, had a song about chugging beer. My friend and her sisters started singing and chugging. When it came to my turn, I was treated no differently. My friend changed the name from her sorority to mine as a courtesy call. One of my friend’s sister approached me, apparently so shocked to find out that I, a member of my sorority, would be doing things like partying on a school night, dancing with a guy of ambiguous sexuality, or being able to chug beers. Then she said, “Damn, you’re cool! How come you’re not in our sorority?”

I have an answer to that. As a freshman going through rush, I was a socially inept, weirdo with bad hair. And you know what? I never got invited back to their sorority. And as a result, I joined my “bottom tier” chapter. The majority of us are the uncool, forgotten, prudish, unattractive weird girls. It may be true that when I first started pledging, I fit the stereotype to a T, and that’s probably why I was there. But that changed pretty fast.

As time went on, I became louder, funnier, more outspoken, and I soon enough I became a leader. I was able to become who I really was with the help of the sorority I joined. My sorority helped be become “cool.” It was my sorority that helped me grow into being a sociable, fun person. Not anyone else’s. And that’s what nobody understands.

You might see us as the undesirables. The ones who were left over because none of the other sororities wanted any of us. I felt it sometimes. I felt self-conscious wearing my letters at the cafeteria for awhile. I was tired of being written off as the sorority that never parties and never being invited to stuff. I was always taught that you can’t change others, but you can change yourself, so I did that.

I started going out more, a lot more, as a kind of way to “make up” for what we were lacking. I had a few other girls who had the same mentality as me, and we went hard — all the time. It was fun, like really fun in a way that says, “If I did this after graduation I’d have an intervention with my entire family present after two months.”

I enjoyed what I was doing, but it just felt fake between all of us. A night wasn’t complete without a sister and me taking a selfie and putting it on Instagram with hashtags we made for our sorority. It was a totally normal thing to do, but it felt weird, like we were posting too often or our captions were too forced, that we were trying way too hard to be visible.

I’ve seen every one of my rush crushes go to other sororities, and I know that their friends pressured them to go somewhere else. Some of my own sisters’ friends tried to convince them to pref elsewhere. My big deactivated because her boyfriend’s frat brothers were making fun of her. One of my sisters deactivated because her entire floor set up a sorority intervention and convinced her to quit (we welcomed her back when she realized that was stupid and petty).

And that’s what’s so rewarding about being in the bottom-tier. It’s work. Not like being in a bigger, higher-tier is easy, but they have their advantages. It’s not natural to expect all of us down here to be optimistic and positive with an I-don’t-give-a-fuck attitude. It’s frustrating to have to explain yourself to other people when you don’t fit the mold, and pretty much nobody fits the mold perfectly. It’s through these struggles that make the good memories that much more rewarding. We might have to make our own fun, and we might have to pull ourselves out of frustrating situations, but we’ve done it before and we’ll do it again.

To be in the bottom-tier, you got to have balls. And that’s something to be proud of..