Is He Hot Or Is He A Bartender? 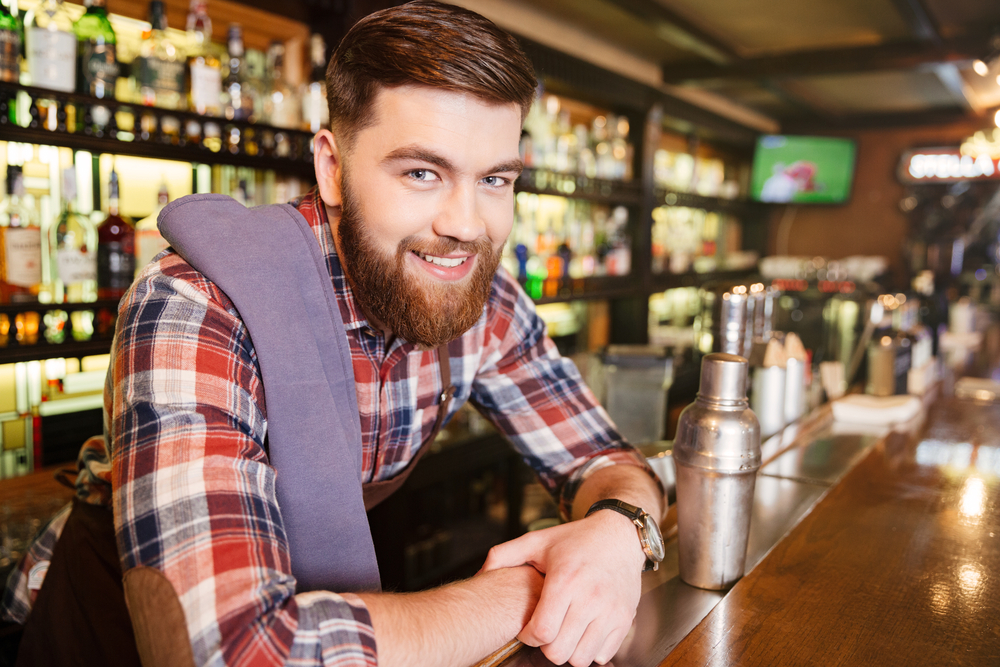 As a frequent patron of bars and boys, I have seen a lot of both of them. Quite the range really. Dive bars to dance clubs, douchebags to dumbasses. They are all fun in their own ways, but they all have their drawbacks. But, one thing is for certain, something magical happens when you put the two together. Even the most average looking guy is suddenly an adonis when he’s pouring a drink in dim lighting. Something about being a bartender can make anyone significantly hotter than they are in real life.

It’s hard to say exactly what makes bartenders so desirable. Maybe it’s because by the time we get up to the bar, the feeling of desperation takes over. You’ve been waiting for what seems like hours to get one goddamn vodka sprite, and when you arrive to the front of the bar, the bartender is impatiently glaring at you for you to order. But to you, he is welcoming you with open arms, anxious to wait on you hand and foot. If you have a complicated drink order, he wants nothing but to please you. His grace is overwhelming, so you just order a beer, tip him way too much, and hope that he stops everything he’s doing just to hop over the bar and sweep you off your feet. The line blurs between the drink that you want, and the man who is handing you that drink. He quickly moves on the next customer, leaving you wanting more. You stand there frozen as you are shoved out of the way by a new girl for him to wait on.

You could just be drunk. Any guy who gives you alcohol is attractive, but he’s getting paid to do it. So he has money too. Win-win. Although, if you saw a guy with an extra beer in one hand and a fiver in the other, it’s hard to say if you would pass him up.

Being a bartender makes girls hotter. Hot enough that it’s beyond jealousy. Usually, you hate hot girls because they are hot. But hot girl bartenders, you want them to like you. Enough to get free drinks is ideal, but if she breaks her RBF for just a moment when she hands you your drink, you did it. In your drunk mind, you just made a new friend. A new hot friend that you’re not even mad at for being hotter than you. You’re just proud of yourself for making her your friend.

The world may never know why bartenders are so hot. The mix of dark lighting, disorientingly loud music, and alcohol could be the perfect storm for creating a hotter human. Whatever the case may be, I’ll still be writing my number at the bottom of the receipt. It’ll work one of these days..