I’ve Already Bitched To All My Friends, But I Still Don’t Feel Better About Josh’s Guys Night — Now What? 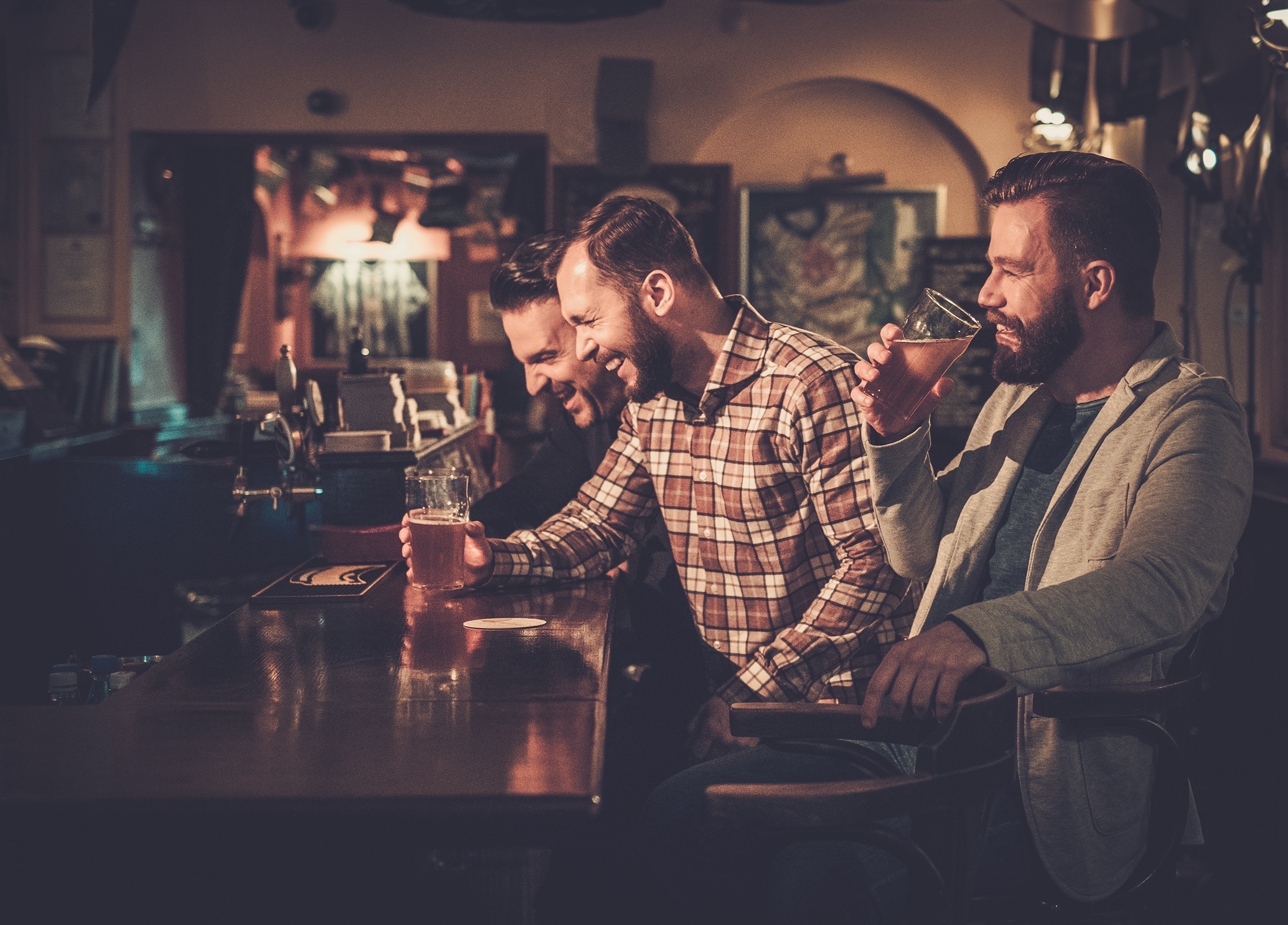 As is the case with any good group of girlfriends, the majority of the conversations my friends and I have revolve around us talking about our boyfriends. Did you accidentally fart, and you’re afraid he heard it, though you’re not sure, and now you have to, as a team, map out the blueprints of how to get your relationship right back on track? Put it in the group text. Do you need to get invited to a dinner with his parents and make him think it was his idea? Should be no trouble at all for the masterminds you call your squad. Did he ask to wear your underwear, and you know you like him, but don’t know if you “overlook-his-lowkey-crossdressing” like him? A mystery that is no match for you, three bottles of wine, and your girls.

Seriously, sometimes I wonder what I even talk to my boyfriend about, because he’s the only thing I talk to other people about. And then I remember that I’m just out there collecting drama and gossip from my friends about their boyfriends, and reporting back to him, in an effort to make sure he’d have the appropriate response if it were our fight. I don’t know what he’s doing while we’re apart, because I don’t ask, but that, of course, is something that my friends and I can figure out on our own time.

However, as the proud owner of a vagina, I know there are two rules when it comes to group discussions.

The big deals, like the first L-bomb, moving in together, anal sex, and breakups take precedence. You can bring those to the squad no matter how many times in a row the topic of conversation was ~your~ needs. But stupid shit — things like “he liked this skank’s selfie on Instagram, and I know nothing is happening, because we’re together every day, but like, she needs to die”? There’s a limit on how many of those you can pull. If you get too aggressively insecure, it upsets the balance of your #coven, and frankly, you become a bit of a drag.

There’s an easy workaround, though. If I were a therapist, I might suggest you seek some coping mechanisms on your path to becoming a well-adjusted, secure person, so that you may survive minor life stressors without the help of your friends and their expertise at over-analyzing every action of your boyfriend or pseudo boyfriend. But I’m not a therapist. I’m a writer and a thinker — an overthinker, in fact. And instead, I’ve come to realize that the much simpler solution is to have multiple groups of friends. Every time you have a problem that is likely imagined, you just scan through your recent conversations and think about who you least recently bothered with something like this, and you text them about it. And if that person didn’t help, find another person to talk to about it. And continue to do this until you find the will to live again. Normally, you will have emotionally exhausted yourself by the third to fifth time you have the same exact conversation, and you can go eat your weight in Reese’s peanut butter cups and go about your life.

But occasionally, this will become the emotional itch you can’t scratch and spiral into a moderate to severe anxiety spell, which brings me to my next point. Josh had a guys night this weekend. Which is fine. I mean, it’s not, like, great, but it’s fine. I try pretty hard to be a Cool Girl™ and for the most part, I can do it. When he’s busy, while I’d prefer he be ignoring his surroundings to talk to me, I do honestly realize he’s busy and try not to bother him too much. And I understand that there are times in his life where he’s going to be doing things with his friends that don’t include me — I don’t really see the appeal of said activities, but I know he will be in attendance from time to time. So guys night. Whatever. I get it. I didn’t even bitch when he said he was going. I just said “Okay. Have an appropriate amount of fun. If any girls show up, I will slice you. See you tomorrow.” Kisses, the end.

My problem is this. I know all the guys who were there that night, and so obviously, I watched all of their Snapchat stories no fewer than seven times each. Josh’s was clean, because he is smart. But David fucked up. I distinctly heard the voice of a girl in their “guys only” night. I saw her acrylic nail in the photo of them taking shots. And I’m even willing to look past the fact that some skanks made an appearance, as I know that not everyone there has girlfriends, and it could stand to reason that single dudes might be interested in skanks. BUT here lies the issue: I am almost positive that an unidentified female devil said “Ohhhh my Goddddddd, Josh.” And I’m sorry, but the only person who should ever utter the words “Oh my God, Josh” to my mother fucking boyfriend is me, when I’m faking it in bed.

I have gone through SEVERAL rounds of over-analyzation here, and I can’t logically come up with anything else she could have possibly been saying. “Oh my God, shots” was a contender, except who would ever fucking say that? “Oh my God, not [unintelligible]” except the video did not cut out soon enough, and it didn’t seem like there was anything more after that. So I’m pretty sure she said “Oh my God, Josh,” and I know he came home to me that night. And I know she’s a peasant. But the point is, I have quite literally exhausted all my friend groups with this conversation, and it’s still not sitting right with me.

So, like, what do I do now? It’s not even worth bringing up. Because I know — I know it’s not that big a deal. But for some reason THIS not big deal is bothering me way more than any OTHER not big deal, and I can’t see a world in which I get over it. Will I hate that bitch for the rest of my life? Will “Oh my Godddddd, Josh” continue to echo throughout my nightmares for all eternity? Am I going to be on my death bed at 92 years old, like “But remember the time some blonde bitch said ‘Oh my Godddddd, Josh’ on David’s Snapchat story”? Am I going to turn into a twenty-first century Hodor, because I suffer a grande mal seizure repeating “Oh my God, Josh” until the only word I can say is “Gahja” which eventually becomes my namesake? Is this…is this going to be what kills me?

I don’t know what to do. I don’t know how to recover. I feel lost and scared and alone, and my friends are starting to get pissed off. I’m not asking for a solution. Just for your thoughts and prayers, in hopes that maybe our lord and savior Kris Jenner will save me..